Viagra Helps Women Combat the Sexual Side Effects of Antidepressants 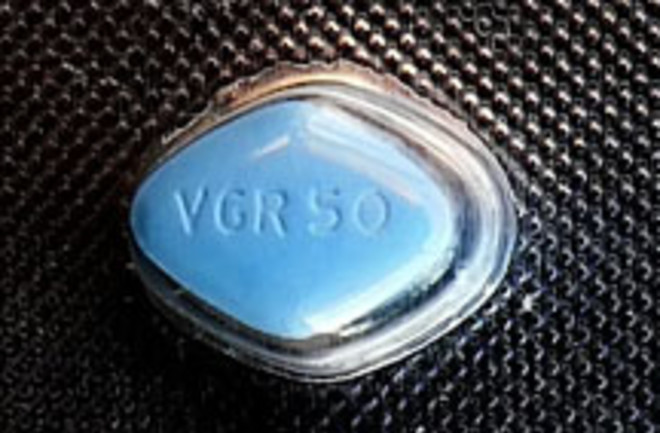 The little blue pills that have given so many men a sexual boost may be of some use to women as well. A small study looked at women whose sex lives had suffered as a side effect of taking antidepressants, and found that Viagra increased their sexual sensation and orgasms. However, the pills didn't boost the women's sex drive, leading some experts to question whether the medication could help most women.

"Viagra is not a desire drug. It dilates the blood vessels, allowing intercourse to occur," said Rutgers University psychology professor Barry R. Komisaruk, an expert on sexual dysfunction. [Sexual health expert Leonard] Derogatis agreed: "The most prevalent female sexual dysfunction is not arousal but desire. Viagra doesn't have a direct effect on that," he said [Baltimore Sun].

In the study, reported in the Journal of the American Medical Association, researchers gave either Viagra or a placebo to 98 women who had been diagnosed with major depression and were taking a class of antidepressants called selective serotonin re-uptake inhibitors (SSRIs), which

. Of the women who were given Viagra, 72 percent reported improved sexual function, compared to only 27 percent in the placebo group.

Pfizer Inc. spokeswoman Sally Beatty said the company currently has no plans to pursue FDA approval for using its drug Viagra as a treatment for female sexual dysfunction. The company ended its internal research on Viagra for women in 2004. While Viagra was found to be safe, the results were inconclusive, Beatty said in an e-mail [AP].

Still, some doctors say women who hear about these new findings may not wait for FDA approval. Says doctor Glenn Braunstein:

"If I had to predict, use of Viagra will go up," he said. "A woman might not even ask her gynecologist for it -- she might just ask her significant other to give her some" [Los Angeles Times].