Sellers claim that hand-held UV-C light wands sanitize surfaces, but many are underpowered and others are fakes. Here’s what you need to know. 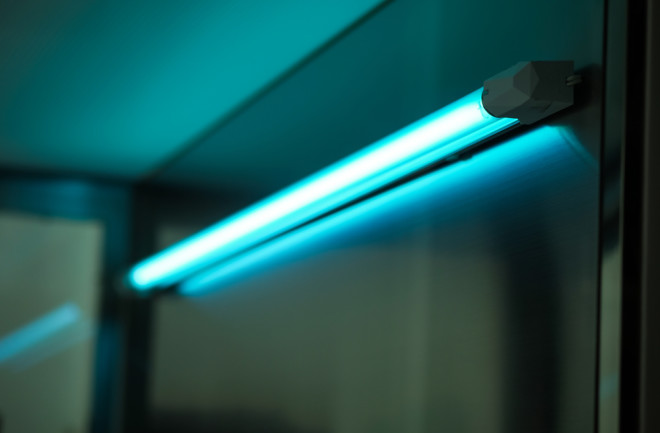 If you’ve struggled to find household disinfectants and wipes recently, you’ll understand the allure of UV wand disinfectants. These devices claim to kill 99.9 percent of germs, bacteria and viruses, and they’re lightweight and portable. Perfect for that weekend trip to the Airbnb.

The product descriptions are certainly alluring — advertised to sanitize everything from mail to computer keyboards, plus makeup brushes, sofas, bedding, toilets and pet areas. They’re easy to find on sites like Amazon, Sharper Image and eBay. But while a personal UV-C light wand may sound nifty, problems with the wands may outweigh any potential benefits.

For starters, many of them are fakes. Others are of such low power that you’d have to hold the device over an item (say, a mask) for 30 minutes to maybe get any disinfection, much less destroy SARS-CoV-2, the virus responsible for COVID-19. You also risk accidental exposure to dangerous ultraviolet light.

Since researchers have no idea of the dose, distance or time to disable SARS-CoV-2, these lights could give you a false sense of security.

“Beware of false claims that say these products are effective, or are safe for use on humans,” says Jung-Tsung Shen, an engineer and physicist at Washington University in St. Louis.

Ultraviolet light, or UV, that heads to earth courtesy of the sun and the electromagnetic spectrum, comes in three main flavors: UV-A ranges from 315 to 400 nanometers, UV-B from 280 to 315 nanometers and UV-C from 100 to 280 nanometers.

These three types of UV radiation differ in their biological activity and the extent to which they can penetrate the skin, says Shen.

Ultraviolet light has been an old friend to the disinfection world for over a century. UV-C carries the most energy capable of destroying the bonds that hold together the DNA and RNA of viruses and bacteria, stopping them from working. The same sanitizing energy can also damage eyes and skin, and cause cancer.

During the H1N1 influence pandemic of 2009, microbiologists warned that the distance and duration that a wand is held from an infected surface are both critical. But the surface itself matters, too. Smooth surfaces like marble and glass are easier to disinfect than wood or cloth.

UV-C’s germicidal powers depend on the dose — how much optical energy the source delivers, the distance from the source and time of exposure, says Christian Zollner, a materials scientist at the University of California, Santa Barbara. Plus, most of the wands use LEDs, which are less efficient for disinfection, says Zollner.

Online instructions for the wands offer few concrete clues for disinfection times. Some say to hold the light 5 centimeters above the surface for five to 10 seconds; others say to hold it longer than 30 seconds.

Shen bought a handheld wand out of curiosity, which did not come with instructions. With only three UV-C chips powered by AA batteries, such a device would take more than a few seconds to disinfect any surface. “They intentionally don’t want to mention how ineffective these are,” says Shen. “If they said you have to hold the light for 30 minutes, no one is going to buy it.”

Some products sold now that claim to be germicidal are actually the wrong wavelength, says Andrea Armani, a chemical engineering and materials scientist at the University of Southern California. In order to disinfect, the wavelength “should be 260 nanometers, but you can’t really tell, so that is one challenge,” she says.

Scientists can measure UV light electronically with optical sensors or chemically with UV-C cards that changes colors with dose. Consumers can also purchase versions of these cards online, but Shen and Armani caution against false readouts; some companies don’t provide a specific sensitivity range that would trigger a chemical reaction strong enough to kill viruses. “There is no way to gauge how useful it is in practice,” says Armani.

But consumers do have a few ways to spot fakes. Read the product specifications and make sure the wand is in the 260 nanometers range. If specifications aren’t provided, contact the seller. Read online instructions, too. If a product lacks a specific time frame — or lists a duration that's more than seconds — that's a red flag.

The price gives you a clue, too. High-powered UV-C LEDs cost around $15 each, says Armani, and you need an array of them. If the company sells a light for under $20 and the instructions say it works in minutes, it’s probably fake. “It is not like a magic wand, you can’t just wave and disinfect something,” she says.

If you want to test a light you’ve already bought, try the (yes, really) banana test. Place the light over a green banana for 15 minutes. Any UV-C lamp will turn the skin brown. But here’s the caveat: The banana test works on a broad wavelength, and doesn't specifically target a wavelength of 260 nanometers. But it will tell you if the bulb works and whether it’s actually emitting UV-C light, which are both important questions, says Armani.

“Right now, this is a gray market without regulations,” says Shen. “There have been no rigorous scientific experiments and tests for the effectiveness of these devices.”

Bizarre Fever Dreams Are Common, But Science Hasn't Figured Out Why