U.K. Group Rebuffs Plan to Make Every Briton an Organ Donor by Default 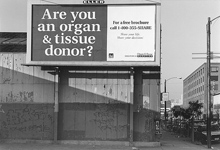 A controversial proposal to switch the U.K.'s current system of voluntary organ donation to a system of "presumed consent" was rejected by the UK Organ Donation Taskforce, which said the change would not increase organ donations and could damage patient-doctor as well as donor-recipient relations. Presumed consent would designate everyone as an organ donor unless the individual or the family of the deceased opted out; the current system is just the opposite, harvesting organs only from people who opt in to organ donation. The task force advised against the switch supported by Prime Minister Gordon Brown, the British Medical Association (BMA), and several physician groups. Nevertheless, Brown continues to support a presumed consent system.

"While they are not recommending the introduction of a presumed consent system, as I have done, I am not ruling out a further change in the law," he said [The Guardian].

The U.K. has one of Europe's lowest rates of organ donation. Of an estimated 8,000 people on waiting lists for organ transplants, only about 3,000 receive transplants every year, and 1,000 die while waiting for a transplant.

Vivienne Nathanson, the BMA's Head of Science and Ethics,

said presumed consent was not a panacea, but was likely to result in a 10 to 15 per cent increase in donated organs, if sufficient surgeons, intensive care beds and transplant coordinators were put in place. She said it would also encourage families to discuss their views, and make their wishes clear before death: “We know that the majority of the population want to be organ donors, but only 25 per cent are on the register" [Times Online].

The task force, a panel of experts established in 2006 to examine ways to increase organ donation, does not agree that presumed consent would necessarily improve the organ-donation system. Elisabeth Buggins, a member of the group said,

"We found from recipient families and donor families that the concept of gift was very important to them and presumed consent would undermine that concept. We also found that it has the potential to erode trust in doctors, and we know that is very important to the levels of donation" [BBC News]. Instead, the task force suggests increasing the number of donor coordinators to consult with families, improving organ retrieval systems, and raising public awareness.

Buggins says the low donation rate may be due in part to public misconceptions:

"There's lots of fear out there that organs are taken from patients before they're dead. That's absolutely not true" [Reuters].

The task force came to their conclusion after consulting corresponding organizations in other countries throughout the world. Spain, which has nearly triple the UK's rate of organ donations, said its trial with presumed consent, from 1979 to 1989, did not make a major difference. The U.S. has a voluntary organ donation system with opt-in procedures that differ by state. Presumed consent has not been seriously considered in the United States; however, many states have introduced online registries where people can state their wishes. In some cases, family consent is then not required [International Herald Tribune].

In response to the task force's recommendation, the prime minister has indicated that if other measures do not increase voluntary organ donations significantly, he would again push for the presumed consent proposal.

"The proposal is that we double the number of volunteers to 50%. If we can't get there quickly we will return to the proposal," he said [The Guardian].