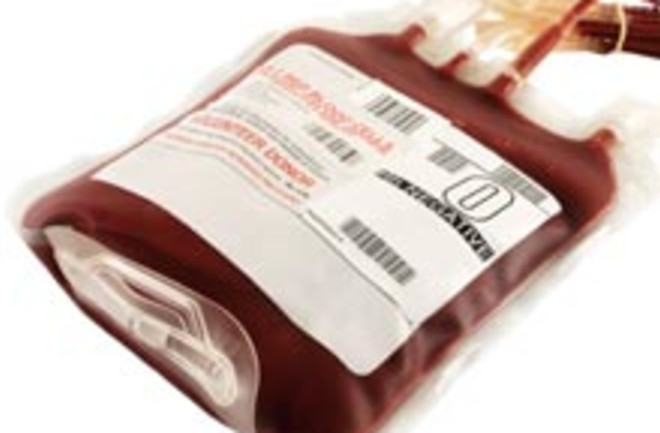 A high-powered consortium in the United Kingdom has declared a push to create synthetic blood from embryonic stem cells over the next decade.

"In principle, we could provide an unlimited supply of blood in this way" [BBC News],

says researcher Marc Turner. Synthetic blood would be guaranteed to be free of viruses like HIV, and could also prevent shortages at blood banks, emergency rooms, and battlefield operations. While the American biotech company Advanced Cell Technology (ACT) announced last August that they had developed a technique of creating blood from embryonic stem cells, the new UK effort has more significant institutional backing.

to find those destined to develop into the universal "O-negative" blood donor group. O-negative blood can be transfused into anyone without fear of tissue rejection and is the only safe option when a patient's blood group is unknown or not immediately available. This precious blood is in limited supply because only 7% of the population belongs to this blood group [BBC News].

However, embryonic stem cells can multiply indefinitely in the lab, so one O-negative embryo could theoretically supply blood for an entire nation. Researchers say that red blood cells have good potential as a synthetic product because

they have no nucleus, an adaptation that enables the haemoglobin protein at the centre of the cells to carry oxygen. This means that these synthetic red blood cells cannot develop into cancerous cells because they contain no DNA from a nucleus [The Independent].

The team hopes to have "proof of principle" in the next three years, and a marketable product in five to ten years. But once they've mastered the technique of transforming stem cells into blood cells, a bigger hurdle may be

scaling up the procedure to produce industrial amounts of blood. The ACT scientists demonstrated that it is possible to make up to 100 billion red blood cells, an unprecedented number, but a litre of donated blood contains about 5 trillion cells – more than 5,000 times the number of synthetic cells made by ACT [The Independent].