A new study suggests that sports and sporting equipment are increasing traumatic brain injuries in children. 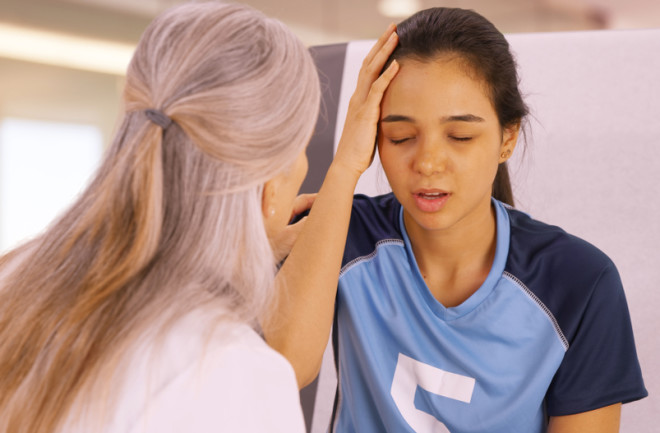 With an average of 308,000 annual cases, traumatic brain accidents have become much more prevalent in children ages zero to four and 15 to 19 — impacting nearly 6.2 million children in the last 20 years. Typically these school-aged children played on a playground and participated in sports that involved equipment like bicycles, footballs, soccer balls and basketballs.

Researchers have been investigating consumer product-related traumatic brain injuries (CP-TBI) for over 20 years. By differentiating between education level, age groups, gender and evaluating trends with the time-point regression method, researchers could determine the data necessary for prevention methods and policies.

The study, published in the American Journal of Preventive Medicine, reports that in 2019, CP-TBI incidents made up 12 percent of all U.S. emergency room visits — compared to 4.5 percent in 2000. Peaking in 2012, the rate of increase stabilized at 3.6 percent.

CP-TBI incidents were previously more prevalent in boys. However, after the peak in 2012, there was a significantly higher percentage of girls with CP-TBI injuries — especially at the high school age.

"While it appears that efforts to decrease TBI in children's sports have been effective, our findings suggest that more focused efforts are needed among girls," says lead author Tuan D. Le in a press release.

While CP-TBI injuries have adverse effects on the patient, the patient's family and the school can also face a negative impact.

"Parents, athletic and activity staff and coaches, educators, care providers and support members and children themselves all need more awareness and training on screening and when to seek care for minor and more severe TBI in children. Improved point-of-care screening needs to be developed and promoted to identify and treat injuries that are not always immediately apparent," says Le in a press release.

"Since childhood inactivity is also a serious concern, we are faced with a difficult balancing act: How do we develop awareness on how to avoid high-risk activities without discouraging children from taking part in healthy and fun exercise?" says Le.

More From Discover
The Sciences
Back Pain is Highly Common Among Astronauts
Health
What Science Says About the Weight-Loss Potential of The One-Meal-a-Day Diet
Health
How Saliva Changes The Flavor Of Food
Health
Walking vs. Running Benefits: Should You Walk or Run for Exercise?
Health
What is the Purpose of Hiccuping?
Mind
Gut Bacteria's Role in Anxiety and Depression: It’s Not Just In Your Head
Recommendations From Our Store
My Science ShopDiscover STEM Kits
My Science ShopDiscover 2022 Calendar
My Science ShopStrange Science
My Science ShopElements Flashcards
Shop Now
Stay Curious
Join
Our List