And not just a little residue. Two pounds of the stuff. 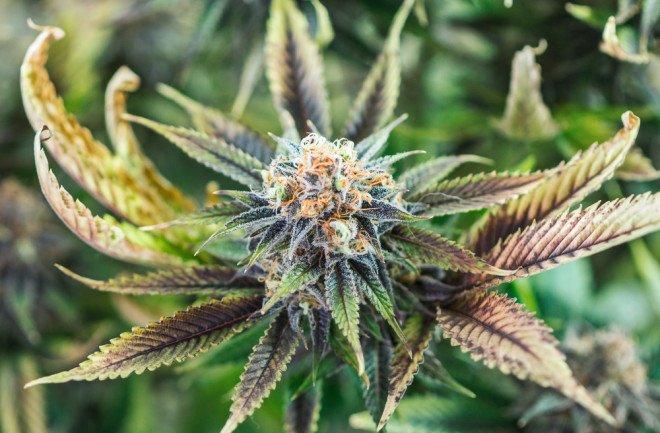 Scientists have discovered two pounds of a dried plant that turned out to be the oldest marijuana in the world. Inside one of the Yanghai Tombs excavated in the Gobi Desert, a team of researchers found the cannabis packed into a wooden bowl resting inside a 2,700-year-old grave. It was placed near the head of a blue-eyed, 45-year-old shaman among other objects like bridles and a harp to be used in afterlife.

At first, the researchers thought the dried weed was coriander. Then they spent 10 months getting the cannabis from the tomb in China to a secret lab in England. Finally, the team put the stash through “microscopic botanical analysis" including carbon dating and genetic analysis, and discovered the stash was really pot.

The fact that the weed had a chemical known for psychoactive properties called tetrahydrocannabinolic acid synthase, or THC, led scientists to believe the man and his community probably used it for medicinal and recreational purposes. According to professor Ethan Russo of the Chinese Academy of Sciences Institute of Botany, someone had picked out all the parts of the plant that are less psychoactive before placing it in the grave, therefore the dead man probably didn’t grow his hemp merely to make clothes.

If marijuana aged like wine, pot users might now be in heaven. But the weed had decomposed over the years, so no one would feel any effects if they smoked the artifact today.