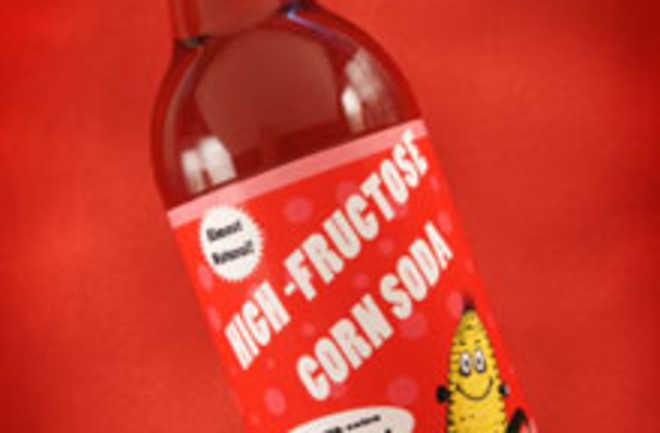 The New York Times's health blog is asking scientists and readers what they would rename high fructose corn syrup, if they were given the chance. The ubiquitous sticky sweetener is considered poison by many foodies and some public health officials, who worry that HFCS-packed processed foods contribute to obesity. But the companies that make the sweetener--the Corn Refiners Group--are hoping that changing the name of the product will change its image, as their president told the New York Times:

“Clearly the name is confusing consumers,” said Audrae Erickson, president of the Washington-based group, in an interview. “Research shows that ‘corn sugar’ better communicates the amount of calories, the level of fructose and the sweetness in this ingredient.”

The Times asked six leading nutritionists what they thought of the new name, and what they would rename it, given the chance. Michael Pollan, author of The Omnivore’s Dilemma, would renameHFCS "enzymatically altered corn glucose" because he says:

The name also connotes a highly-processed, novel food ingredient, which has always been the best reason to avoid it....

, or suggest one of your own! Commenters on the site chimed in with their own opinions and suggestions to re-name HFCS. Here are our 10 favorite (and funniest) suggestions found floating around the extensive comments. #10 Larry B says "How about 'diabetes enhancer', 'Killer Sweets', 'Chucky the Sugar' or 'Texas Chainsaw Sweetner'" #9 Kirk says we should "Just rename it 'Glutton syrup,' 'Overeaters delight' or 'American way,' any would be fitting." #8 S.L Marshall suggests the name "Liquid death." #7 davehalo has a couple names up his sleeve: