The Progress and Pitfalls of Medical Marijuana 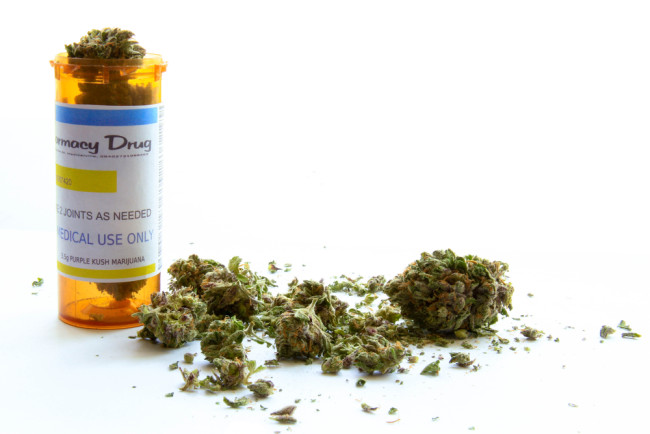 “Cannabis is like a medicine cabinet,” says Roger Pertwee, who was instrumental in some of the early cannabis trials for multiple sclerosis. “It has a lot of compounds in it that are novel and unique to cannabis. We have discovered 104 so far, but there are others. There are many potential uses that we have to investigate.” Pertwee is Professor of Neuropharmacology at the University of Aberdeen and also GW’s Director of Pharmacology (some of his research at the university is funded by the company). His work, alongside that of other researchers including Raphael Mechoulam and Vincenzo Di Marzo, is instrumental in our understanding of the endocannabinoid system, a network of lipids and receptors involved in a wide array of bodily processes, including appetite, memory, pain and mood. We have two types of cannabinoid receptor: CB1, which is mostly found in the brain and spinal cord, and CB2, which is found mainly on cells in the immune system. These receptors are activated by cannabinoids made by the body (endocannabinoids) as well as synthetic cannabinoids and those present in plants. Where should medical research focus its efforts exploring medical cannabis? Many prominent researchers, including Pertwee, believe that the individual components of cannabis are more effective than using the whole plant. Focusing on components would also obviate the need for a patient to smoke. Areas of interest to researchers across the world include the possible therapeutic use of THC (the main psychoactive component of cannabis), CBD and other cannabinoids to treat autoimmune diseases, diabetes, cancer, inflammation, seizures and even psychiatric disorders, such as schizophrenia.

At the medical school at St George’s, University of London, Dr Wai Liu and his team have shown that cannabinoids target the signalling pathways that are mutated in cancer cells, which, effectively, tell cells to keep growing. THC and CBD can turn these signals off, which may reverse the process of cancer in the cells. The compounds also enhance the action of radiotherapy. But Liu, too, is skeptical of a whole-plant approach. “We have an amazing chance to use a drug derived from the cannabis plant which seems to be anti-cancerous. Let’s research it, and combine it with other cancer drugs. Let’s not waste time. “If you truly believe that anti-cancer is the argument, don’t talk about cannabis any more, in the same way that we don’t talk about white willow any more because we have aspirin… We don’t need to be hijacked by other motives, like whether or not to legalize cannabis.” The apparently encouraging results of this kind of work have led some patients to buy cannabis oil online, which is illegal in the UK. Liu is concerned that patients could be self-medicating with oil that could be contaminated. Another problem, he says, is that other chemicals within cannabis (minor cannabinoids) could actually counteract the beneficial effects of THC and CBD. He is now asking the many medical cannabis users who email him if he can collect their data, as a potential precursor to a full clinical trial. “We need to understand the drugs being sold on the internet,” he says. These minor cannabinoids could be helpful too. Pertwee explains: “We were looking at the history of tincture of cannabis in the past. We found it contains tetrahydrocannabivarin (THCV)”. The researchers have since found that THCV blocks the CB1 receptor but partially activates the CB2 receptor. “This might be good for treating stroke and it might be good for drug dependence,” he says. Other potential uses are being investigated, including for Parkinson’s and schizophrenia.

But it’s still early days. While some cannabis enthusiasts see it as a panacea – especially appealing when so many conditions aren’t well treated by other drugs – as yet, evidence across the board just isn’t there. In summer 2015, a review of the efficacy of medical cannabis for a number of conditions was published. Examining 28 databases, the authors found moderate evidence that medical cannabis may help with spasticity in multiple sclerosis and with neuropathic and chronic pain. But evidence for other conditions was weaker. 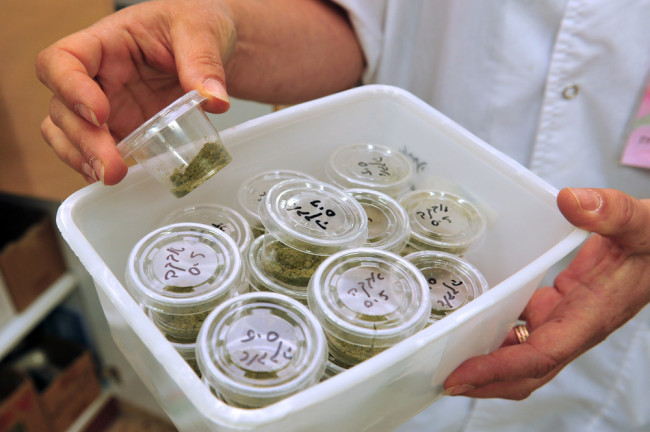 A nurse carries medical cannabis in Rehovot, Israel. Credit: ChameleonsEye / Shutterstock One major charity, Cancer Research UK, has faced a particularly prominent backlash after voicing caution about cannabis. Its Science Communications Manager, Dr Kat Arney, showed me her bulging folder of research papers about cannabis, embellished with a sticker of Bob Marley. “Cannabinoids are really interesting molecules with potential for human health,” she says. “I read the literature regularly. Nothing tells me that cannabis is a cure for cancer.” This cautious stance has led to the charity getting flamed on social media. Arney wants case studies to be gathered, saying that the way cannabis in its whole-plant form is discussed by the online community, uncritically, as a cure-all is unhelpful. “At the moment it sounds like – for want of a better word – snake oil, and that’s how it is marketed.”

Canada, Uruguay, Israel and Jamaica are among the countries that have ruled cannabis legal for medical use. Alongside these sit 23 American states and the District of Columbia, five of which, at the time of writing, have gone as far as legalizing recreational use too. But what do we mean by medical use? Steve Rolles, from the international think-tank Transform, which campaigns for the legal regulation of drugs globally, sets out some of the options: “Do we want a standardized herbal product like Bedrocan [from specially grown plants], or a tincture like Sativex, or a single-content pharmaceutical product… or a combination of products? “Would we allow people to ‘grow their own’, as some jurisdictions do, or be provided by ‘compassion clubs’? Who would regulate this activity?” The stated purpose of most of the American state laws is based on the Californian law: “to ensure that seriously ill Californians have the right to obtain and use marijuana for medical purposes where that medical use is deemed appropriate.” But there is conflict with federal law, under which cannabis is still illegal, and models vary widely across state lines. Alice O’Leary-Randall, one of the earliest American pioneers in the medical cannabis field, says this variation has scattered the movement and dubs it “medical cannabis by zip code.” Most of these states require the patient to have some form of license to acquire medical cannabis but not all require state residency. Although almost all states have a list of conditions that qualify for medical cannabis, these differ, with some states permitting it for chronic conditions and others only for specified illnesses such as cancer. Data collected in some states suggests that many medical users receive cannabis for chronic or severe pain, a catch-all, rather than for the conditions on which the first activists campaigned: glaucoma, AIDS, cancer and multiple sclerosis. Certified users in Arizona, for example, are mostly young and male and use the drug for pain relief.

From Medical to Recreational

This, opponents argue, is evidence that medical cannabis has become a first step on the road to recreational legalization, rather than an end in itself. Kevin Sabet, who advised the Obama administration on drug policy, now works as a consultant with Smart Approaches to Marijuana, an organization that opposes legalization. “In the US we are seeing that medical cannabis is being misused to legitimize recreational use,” he says. “We know that the political movement on medical marijuana is tied to legalization… they have rebranded cannabis, from being about 30-year-old stoners to medical use.” Successfully, too: a 2013 Fox News poll found that 85 percent of Americans – and 80 percent of self-identified Republicans – approve of the medical use of cannabis if prescribed by a medical doctor. But you don’t even need a doctor in some states, as homeopaths and naturopaths can issue licenses. The amount of cannabis allowed varies. Some states allow patients to grow their own. Others have restrictive medical cannabis agreements, allowing only high-CBD strains (for particular conditions such as epilepsy) – so restrictive, in fact, that patients argue that they are unworkable. The Drug Enforcement Administration has also raided cannabis dispensaries countrywide, saying that they are not just serving medical users. “There are serious impediments to medical cannabis use within our healthcare system,” O’Leary-Randall says. “There is no consistent education of our healthcare professionals around using medical cannabis, or the endocannabinoid system.” She sits on the board of the American Cannabis Nurses’ Association, which was set up formally in 2012 to give nurses advice on how to assist patients and dispense safely, without violating federal law or their license. Pharmacists, too, walk a tightrope. Nearly 20 years after the legalization of medical cannabis, the American Society of Health-System Pharmacists (an official body for the profession) encourages research into, but not distribution of, medical cannabis, so qualified pharmacists have historically been unwilling to get involved. Recent discussions by the body, however, suggest a softening of attitude towards medical cannabis. A new body, the National Association of Cannabis Pharmacy, was launched last year. O’Leary-Randall wants more qualified pharmacists to be involved in dispensing cannabis, though she acknowledges the difficulties: “Cannabis is so unique… It’s rather daunting for elderly people to go into a dispensary and look at names like Purple Haze and Skunk Weed and pick out what is their medicine. I would love to see pharmacists more active in this so we can standardize this and get people more comfortable.”

This story first appeared on Mosaic. It has been excerpted here.

After Years on the Decline, Hepatitis C Is Returning — Primarily Among Millennials

HealthWhat Is a Clinical Trial?
Recommendations From Our Store