History eradicated smallpox disease, but how does it relate to the current spread of monkeypox disease? 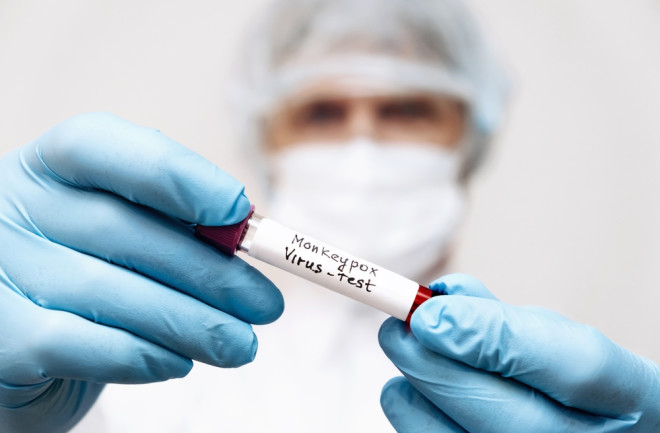 On June 6, The Centers for Disease Control and Prevention (CDC) issued a travel warning regarding monkeypox. The Americas, Australia, Europe, the Middle East and parts of Africa have reported cases of the rare disease, totaling 29 countries.

Monkeypox is a zoonotic disease that transmits from animals, such as primates or rodents, to humans. The disease typically spreads when humans come into contact with wildlife, which can happen when an infected animal is used as a food source. The current outbreak of monkeypox is spreading through human-to-human transmission.

But we have eradicated a similar disease in the past – smallpox. Monkeypox is similar to smallpox, and the history of fighting this disease dates to the 1940s. Today, public health officials are advising people to be on the lookout for monkeypox symptoms. This isn’t as easy as it seems, though. People can confuse Monkeypox with a variety of other diseases, and this version looks different than what public health officials expected.

Smallpox first became endemic around 1000 B.C. in places like India and Egypt. It spread globally through trade and killed as many as 30 percent of infected people. For those who survived, the painful blisters often left them blind, disfigured or scarred.

In the 1940s, countries like the U.S. had come close to eradicating smallpox. But in 1967, there were still 10-15 million cases globally, which meant millions of people were still dying from the disease. Global health officials set a goal to eradicate smallpox and launched a vaccination campaign.

By the time health officials declared the virus dead in October 1979, it had killed more people in three millennia than The Plague or any other disease. And the threat still looms.

In 1988, an article in the International Journal of Epidemiology warned that waning immunity to smallpox would allow monkeypox outbreaks to occur more frequently and forcefully. They did note that monkeypox was far less deadly and transmissible than smallpox.

Since the 2001 terrorist attacks, some medical experts have warned of the possible introduction of smallpox as an agent of bioterrorism. Terrorists would use the disease as a lethal weapon, given that most people no longer have immunity and the disease historically killed 30 percent of infected people. U.S. clinicians continue to research smallpox so officials can identify and treat if it is used as a biological weapon.

Until that threat emerges, the current concern is monkeypox and its ability overtime to spread. In the 1990s, Central Africa reported about 520 monkeypox cases. From 2010-2019, there were about 18,000 suspected cases. In a 2022 study in PLOS Neglected Tropical Diseases, the authors concluded to not underestimate monkeypox.

Scientists classify monkeypox as part of the orthopoxvirus family, which also includes camelpox, cowpox, smallpox and varicella (aka chickenpox).

It’s difficult to diagnose monkeypox, and it typically requires confirmation from lab tests. People with monkeypox present similar symptoms to smallpox. With both diseases, the incubation period lasts up to 17 days. Then, the person might experience fever, headache and an overall sense of discomfort. Lesions, described as “hard and deep” slowly appear throughout the body and eventually fall off.

Unlike smallpox, monkeypox is typically not fatal. It also does not transmit easily between humans, especially compared to highly contagious respiratory diseases like COVID-19 or influenza. Monkeypox spreads when a person comes into contact with an infected person’s lesion, which can happen in intimate encounters. Respiratory transmission is also possible through, as the CDC puts it, “prolonged face-to-face contact.”

Monkeypox is endemic to several countries in Central Africa including the Democratic Republic of Congo and Gabon. Typically, confirmed monkeypox cases that occur outside this area trace back to recent travel or trade. But in early June, the World Health Organization reported this new crop of cases was not associated with travel to endemic areas.

The cases in the current outbreak don’t resemble typical monkeypox symptoms, which has led to confusion in diagnosis. Patients have complained of fever, swollen lymph nodes and pain while swallowing. Instead of having pox-style lesions across their body, current cases are more likely to have genital and peri-anal rashes and lesions. Due to the placement of the lesions, officials currently believe the virus is sexually transmitted. Officials also worry that monkeypox might be here to stay.

More From Discover
Technology
The Hidden Science Behind Video Games Like The Last of Us
The Sciences
How a Zombie-Ant Fungus Can Infect a Host
The Sciences
Ancient Empires Used Bioweapons to Strike Terror More Than 3,000 Years Ago
Health
Here's Why Coronavirus Cases Are Surging in China
Health
Scientists Say Corpses Can Carry and Spread COVID-19
Health
When You Should Get the COVID-19 Booster After Infection
Recommendations From Our Store
My Science ShopDiscover STEM Kits
My Science ShopDiscover 2022 Calendar
My Science ShopStrange Science
My Science ShopElements Flashcards
Shop Now
Stay Curious
Join
Our List