Improving your mood can begin with a phone download.  And from there—perhaps you would care for a magnetic mental massage? 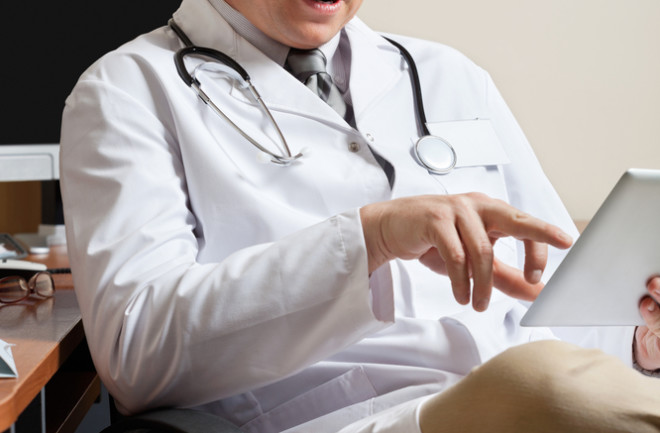 Technology may be the answer to improving mood. | Tyler Olson / shutterstock

My wife has tried to convince me from time to time that I suffer from depression. I point out that I feel fine, I’m productive, I engage in all the basic elements of a reasonably full life. She counters that this is all evidence of how deeply I’m burying my depressive feelings. She has gone on to suggest that my fascination with technology is a way of distancing myself from other people.

I’m not buying it. But her comments did get me wondering: If I really did become depressed, could I count on gadgetry to help me find a way out?

For once I’m not alone in my distorted thinking. Or so I am assured by Edrick Dorian, a clinical and police psychologist in Encino, California. “Unfortunately, some people don’t want to go to a therapist because of the cost and the perceived stigma,” Dorian says. That’s one reason he and Drew Erhardt, a psychology professor at Pepperdine University, came up with MoodKit, a smartphone app that can help treat depression and other psychological problems.

“Being depressed can cause us to look at our situation in distorted, unhelpful ways,” Erhardt says. “And we tend to pull back from activities that might otherwise boost our mood, like exercise, interacting with others, and going to enjoyable places.”

Cognitive behavioral therapy prods patients to do things that will make them feel a sense of accomplishment and connection, and to avoid interpreting situations as being worse than they are. Clinical studies have consistently shown that this approach is a relatively fast and effective treatment, with outcomes at least as good as those achieved by antidepressant medications like Prozac, and without the drugs’ side effects.

Think About Beer and Italy

Loaded into a smartphone, MoodKit prompts users to link their moods, activities, and thoughts. For example, it might indicate that a user’s low point coincides with thinking his friends don’t care about him, or with eating at a fast-food restaurant. It might then help the user think about making weekend plans or eating in a park, activities associated with high points in his mood. Such guidance has long been available in books, but the phone’s interactivity, ubiquity, and privacy offer big advantages. “People don’t want to pull out Overcoming Your Personality Disorder when they’re in Starbucks,” Erhardt says—a mistake that I, for one, will never make again.

Studies of MoodKit’s effectiveness aren’t in yet. But for what it’s worth, the app is being used by thousands of people. I tried it and was immediately able to identify several problem areas in my thinking and behavior. I don’t care to share the specifics of what MoodKit uncovered in me. If I were an inner-thought-sharing sort of person, I would have solved my problems a long time ago.

But speaking hypothetically, if MoodKit were to note that a user could lift his spirits by thinking less about unmeetable deadlines and unpayable bills from his youngest kid’s college, and more about beer, expensive cameras, and his upcoming trip to Italy, the app would be doing its job quite well. In fact, the app did such a good job of highlighting those entirely-unrelated-to-me examples that I started wondering if my wife might be right about my being depressed. Fortunately MoodKit was there to remind me that thinking my wife was right was associated with low points in my mood, prompting me to think cheering thoughts that she was wrong.

As effective as cognitive behavioral therapy can be, though, being told to fix your mood problems by working on your thinking and behavior is a little like being told by the doctor to fix your cold by resting up and drinking plenty of liquids. It’s good advice, but it leaves you wishing you could just get a prescription for something that directly blasts away at the root of the problem.

“People don’t want to pull out Overcoming Your Personality Disorder when they’re in Starbucks.”

Tarique Perera is taking more of that direct-fix approach. A Harvard-trained psychiatrist and formerly a professor at Columbia University, Perera is a leading practitioner of a brain-altering process known as transcranial magnetic stimulation, or TMS. Electromagnetic coils are positioned near a patient’s skull to deliver brief pulses of magnetic fields; these induce electric currents inside the head, which cause neurons to fire in brain regions associated with mood.

Introduced in 1985, TMS was approved by the U.S. Food and Drug Administration four years ago for the treatment of depression. Using electricity to affect the brain makes tms sound similar to electroconvulsive therapy, alias electroshock therapy. But whereas the latter blankets large swaths of the brain with a whiteout storm of electrical activity—leading to temporary, and occasionally permanent, memory impairment—TMS is more of a focused tickle of the circuitry. Although the exact process by which magnetic stimulation relieves depression remains an open question, TMS practitioners have reported that about 60 percent of patients see a remission of their symptoms. Perera, who has recently established his own TMS clinic, describes this approach as “the future of neuropsychiatry.”

Terrified (like most technophiles) at the thought of being left behind in an earlier century, I tried to get someone in my area to magnetically scour away my nonexistent depression. But they all refused, citing various vague ethical concerns over physically altering the brain of someone who doesn’t have a diagnosis. (If you’re a do-it-yourselfer like me, let me save you the trouble of briskly waving magnets around the left side of your forehead or duct-taping a half dozen ringing smartphones to your skull. Neither has much effect as far as I can tell, although the latter technique temporarily causes nosebleeds and some loss of vision if the tape is too tight.)

Well, who needs TMS when you can have magnetic nanoparticles injected directly into your brain? Arnd Pralle, a physics researcher at the State University of New York at Buffalo, has developed a technique for employing magnetic fields to heat up nanoparticles that have been implanted in neurons. The heat activates temperature-sensitive channels in the cells and stimulates potentially beneficial changes in the neural circuitry. At least, that is the theory.

So far Pralle has proved that his nanoparticles can affect the behavior of nematodes, causing the roundworms to change their direction of motion. He has also shown that the technique stirs changes in mouse cells in petri dishes. Although Pralle and others involved in this suddenly hot research field haven’t demonstrated that the trick works in the brains of living animals, there is good reason to believe it will. Researchers have for years been triggering neuronal firing, and specific behaviors such as eye movements in primates, by performing a similar trick with laser light instead of heat, a well-established approach called optogenetics.

The big drawback to optogenetics is that it requires surgically implanting optical fibers in the brain. Although that has been done many times in a variety of animals, it is not something I’m willing to have done to me, in spite of the potential for making me a hit at parties. Pralle’s approach, on the other hand, merely requires injecting a needle full of magnetically sensitive nanoparticles into specific brain areas. Magnetic fields can then be beamed in from the outside. That sounds like something I could live with.

Even better, Pralle is working on a technique that should do away with the need to inject anything at all. In optogenetics, researchers make brain cells responsive to light by stealing genes from light-sensitive bacteria and then packing those genes into a virus that infects an animal’s brain cells. “We’re looking at bacteria that make magnetic nanoparticles, so we can insert their genes into brain cells in the same way,” Pralle says. The result would be an ability to get specific brain circuits to fire, just as optogeneticists do now. And that could open the door to all sorts of psychological treatments.

"Optogenetics...is not something I’m willing to have done to me, in spite of the potential for making me a hit at parties."

“This would be a way to fix depression and other disorders that is much more specific to the groups of neurons that are causing the problems,” Pralle explains. “Other techniques are very generic to most of the brain in comparison, which makes them less effective and causes them to have other effects on the brain.”

What’s not to like about shooting bacteria genes into your brain to have your thoughts magnetically manipulated? As soon as someone builds the magnetic activating system into a baseball cap, I’ll pounce on it. I’ll even let my wife have the controls. What have I got to lose? I’ll either shed my supposed depression or prove her wrong. Either way, I’ll be happy.

More From Discover
Technology
Can Wearable Devices Save Your Relationship?
Technology
This Is Why the Inverted Filter on TikTok Makes Your Face Look Weird
Health
Is Noom Really All That Different From Other Diets? Here’s What the Experts Say
Technology
With 5G, It's All About Speed
Technology
Shapeshifting Materials Could Transform Our World Inside Out
Technology
5G Has Arrived. What Is It and How Does It Work?
Recommendations From Our Store
My Science ShopCosmos: Possible Worlds
My Science ShopStrange Science
My Science ShopEinstein's Universe
My Science ShopElements Flashcards
Shop Now
Stay Curious
Join
Our List