The Girl Who Puked Up Live Slugs 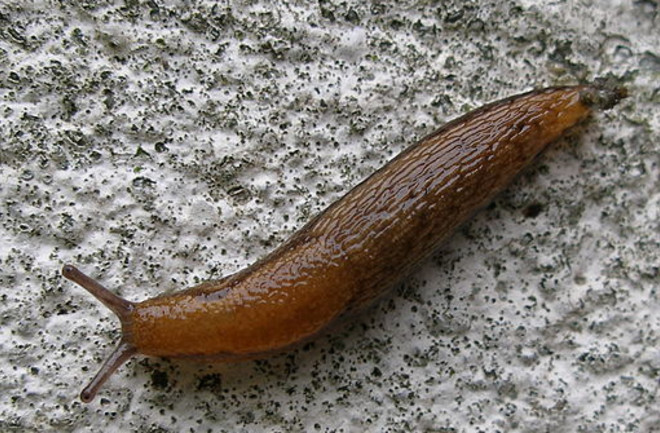 Wikimedia commons This oldie but goodie from 1883 (probably the oldest article we've featured to date!) comes from the annals of the distinguished medical journal The Lancet. Here, the author, one Dr. David Dickman, Esq, describes a 12-year-old girl who came to him complaining of vomiting up live slugs. Yup, you read that right: "[she] complained of feeling sick at times, particularly after meals. On the 5th of August last, she vomited up a large garden slug, which was alive and very active. On the 6th, she brought up two, both alive; and on the night of the 7th she was seized with violent vomiting and relaxation of the bowels, and threw up five more, of various sizes, the smallest two inches long [(!)], and all alive." Apparently, Sarah had a penchant for eating lettuce straight from the garden, without much chewing. The doctor speculates that she swallowed several young slugs in the process, which somehow were not destroyed by her stomach acid and so fed and grew bigger on her love of vegetables. When she started feeling a slug in her throat halfway between her mouth and stomach, the doctor decided to intervene: "As expulsion by vomiting seemed hopeless, it occurred to me that ammonia and camphor might destroy the creature, and that the digestive powers of the stomach would do the rest when the animal was dead." This approach worked, and "she now appears as well as she ever was." The doctor also was able to obtain 5 of the live slugs in question, and he found they preferred cooked vegetables over raw--perhaps due to what they were used to eating in the stomach? Finally, in true 1883 fashion, the last paragraph is a gem:"Another circumstance connected with my interesting patient is, that she was born without the left hand. During pregnancy the mother was frightened by a porcupine that an organ boy had in the street; and an impression ever remained on her mind that something would not be right with the child's hand." Can the garden slug live in the human stomach?Click here to read the full text