The Contrarian: Health at Any Size: Why Diets Are Harmful and Counterproductive 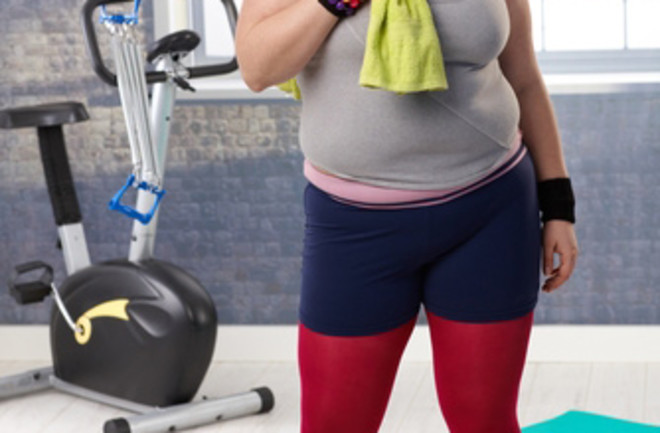 Maintaining a lower weight reduces disease risk, according to most authorities at the CDC and the National Institutes of Health. They recommend weight loss for obese individuals and encourage reduced-calorie diets.

Weight is a baseless measure for health, and weight loss a counterproductive goal.

The ironclad notion that obesity leads to disease and early death is wrong: In a 2005 report published in the Journal of the American Medical Association, the CDC showed that people classified as overweight live longest, with the moderately obese achieving longevity comparable to that of people at “normal” weights, and acknowledged that this finding “is consistent with other results.” In a 2011 report, the CDC found that despite increases in obesity, the average life span of U.S. residents lengthened from 70.8 years in 1970 to 77.9 years in 2007. Study after study shows that when factors such as socioeconomic status, activity level, nutrition, and history of dieting are considered, the relationship between weight and disease disappears or is significantly reduced.

I also reject the claim that dieting is an antidote to the nation’s increase in girth. Studies consistently find that while diets result in short-term weight loss, the vast majority of dieters regain that weight. Consider the Women’s Health Initiative, the largest and longest randomized controlled clinical trial of a dietary intervention. Nearly 20,000 women maintained a moderate diet for almost eight years. At the end of the study there was almost no change in weight from the starting point, and average waist circumference (which is a measure of abdominal fat) had increased. Laboratory data confirm that biological feedback loops prevent most people from maintaining weight loss, despite vigilant dieting and exercise.

Alternative approaches to weight loss are also damaging. Many studies have established that resorting to surgery and pharmaceuticals adds new risks like alcoholism, cardiovascular disease, and even suicide—not to mention eventual weight regain for many. (For a more upbeat outlook, see “The Bypass Cure.”)

The well-meaning talk about obesity isn’t doing any good. On the contrary: It has inspired damaging side effects, including food and weight preoccupation, eating disorders, stress, and discrimination. Few of us are at peace with our bodies, whether because we’re fat or because we’re afraid of getting that way. That very stress can initiate or aggravate “obesity-related” conditions, like diabetes and hypertension, helping to explain why they are often associated with weight.

The solution? Dump the weight focus. Dispense with food rules and calorie restrictions. Tune in to the body’s natural hunger signals, and relearn which foods are satisfying. Move in ways that feel good. Randomized controlled studies, including one I conducted with funding from the NIH, show that this approach improves well-being, lowering blood pressure and cholesterol while elevating self-esteem.

Experts at the CDC and NIH say obesity leads to surging risk of disease. For many, weight loss may be an important goal.

Diabetes: A Nurses’ Health Study of 114,000 women found the risk of getting diabetes was 93 times as high in obese subjects. A follow-up study found the same association in men.

Reproduction: The Nurses’ study also suggests that 25% of ovulatory infertility may be due to obesity.

Heart disease: Analysis of 300,000 people found the obese have an 81% higher risk of coronary artery disease.

Linda Bacon is a professor of nutrition at the City College of San Francisco and author ofHealth at Every Size: The Surprising Truth About Your Weight.