Science says you can't blame your bad behavior on your beverage of choice. 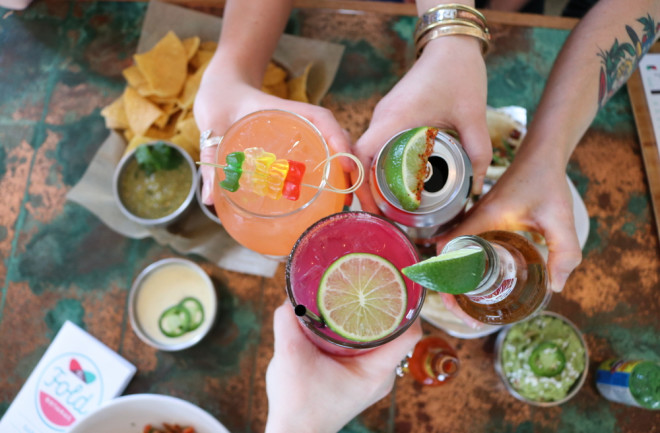 It’s practically gospel among partygoers: One kind of drink can make you feel totally different than the next. “The only alcohol that doesn’t cause me a killer headache or night full of embarrassing moments is vodka,” says Irma Stefanova, a model and fashion blogger. “It energizes me, and my thoughts are clear.” But on tequila, wine or whiskey, she says she ends up feeling disoriented or doing things she regrets.

Plenty of people share Stefanova’s hunch that your choice of drink affects how you feel and behave. But for the most part, experts say, alcohol is just alcohol, whether it arrives in a beer can, a champagne flute or a shot glass.

“Different types of drinks don’t have specific or consistent effects on behavior or mood,” says Nicole Lee, a psychologist and drug researcher at Curtin University in Australia. What can affect your response is the kind of experience you expect when you order a certain drink — which often turns out to be a self-fulfilling prophecy.

It’s in the Dose

First, some basic facts: No matter your standard drink order, alcohol — or ethanol, chemically speaking — chips away at your inhibitions. “You have less control over your thinking and emotional centers when alcohol is on board,” Lee says. “If you are feeling a particular way, alcohol tends to amplify it.” When people regularly order a certain drink (say, wine or whiskey), they may erroneously assume that that drink explains the emotions they’re feeling.

Other factors that determine your response to a drink are how much ethanol it contains and how swiftly you down it. Spirits, which have a high proof rating, “are often consumed rapidly as shots and enter the bloodstream quickly,” says Samantha Miller, a physician and spokesperson for the National Drug Helpline. This produces dramatic physical and emotional effects that people may attribute to a certain drink — only it’s caused by the dose of ethanol, Miller says, not the type of drink being consumed.

Some forms of alcohol, especially red wine and bourbon, contain higher levels of chemicals produced during fermentation called congeners. People have speculated that they cause distinct mood and physical responses, but Lee says there’s no real scientific backing for this claim.

“Drinks with congeners might make hangovers slightly worse,” Lee notes, but they’re unlikely to have much of an effect on how you behave or feel while you’re drinking. In addition, there’s some evidence that a drink’s carbon dioxide content influences how quickly your body absorbs alcohol, but these effects vary from person to person and have not been replicated on a large scale.

So why are so many people so convinced that particular drinks have mood and behavior effects separate from their ethanol content? A lot of it, researchers say, has to do with the predictive power of our own expectations — a power we tend to underestimate.

There are deep-rooted cultural stereotypes associated with different drinks, Miller says. Most of us have heard that tequila causes head-spinning confusion, or that wine fosters lively conversations with friends.

When we order a drink, we often draw on these kinds of cultural stereotypes in ways we may not fully realize. “The type of drink you choose might reflect how you are feeling,” Lee says. “If you feel in a ‘crazy’ mood, you might opt for tequila. If you are feeling relaxed, you might be more likely to choose your favorite wine.”

It’s no surprise, then, that there’s a kind of booze-soaked placebo effect at work. We largely feel how we expect to feel after tossing back a few shots or imbibing a glass of red, and that experience colors our predictions about how we’ll feel the next time we choose a certain drink. The context of a drinking session plays a role, too. You’ll probably feel a lot wilder downing vodka shots with friends than you would nursing a glass of liquor on your own.

No matter your beverage of choice — or how it makes you feel — it’s important not to discount alcohol’s potent effects in any form, Miller says. You should never assume you’ll feel more clear-headed after two vodka tonics than you would after two sloe gin fizzes. It’s the dose of ethanol that determines how wrecked you get, not the form in which it arrives.