Technology Overuse and the Fear of "Digital Dementia": What You Need to Know

Can't bear to put down your smartphone? Electronic devices have made themselves indispensable, but experts say they have a considerable effect on our cognitive function. 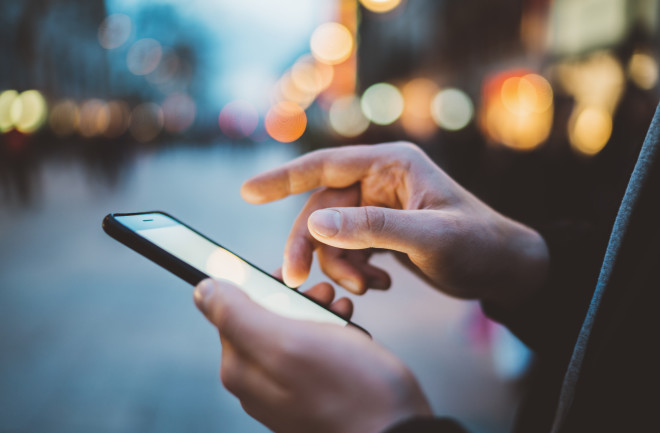 The advent of technology has undoubtedly changed the landscape of modern society. Although there was once a time when electronic devices were scarce, it now feels impossible to get through a day without reaching for them. Rapid digital innovation made possible tech-centric routines that have progressed into altogether tech-reliant lifestyles.

While these devices have certainly made life easier, more efficient and more convenient in a myriad of ways, digital technology overuse may be causing more harm than good. In fact, our dependence on internet-enabled devices could lead to "digital” dementia — a term coined by German neuroscientist Manfred Spitzer to describe a decline in cognitive abilities more commonly linked with brain injuries. Spitzer argues that relying on digital media is significantly detrimental to our brain health and its impacts severe enough to interfere with our daily lives. Is there reason to believe that digital dementia is real?

According to Spitzer, technology has allowed people to outsource mental activity by storing endless amounts of information such as phone numbers and schedules. “People choose not to memorize information because it is so easily accessible on their devices,” says David Copeland, an associate professor of psychology and director of the Reasoning and Memory Lab at the University of Nevada, Las Vegas. “Because we are using these devices instead of memorizing, then our memorization skills might diminish.”

Technology has markedly changed how we seek, store and recall information. According to a 2011 study, the cognitive consequence of having easily accessible data on the internet is knowing where to find information rather than recalling information itself. And a 2016 study concluded that having available data online may remove the need to commit information to memory. Therefore, because information can be retrieved without consulting the memory, using technology as an external memory source (even unintentionally) can lead to reduced learning efforts.

Additionally, multitasking practices fostered by technology use can impair the ability to detect and selectively respond to a given stimulus. “In most circumstances, people were not built to multitask,” Copeland says, “and when we try to do it, we are typically just rapidly switching from one task to the other instead of focusing on the most important one. This can possibly lead to us not doing either task very well.”

Nowadays, many of us make a habit out of media multitasking — the consumption of multiple streams of media simultaneously. Mindlessly scrolling through social media while halfheartedly watching television is common, since neither type of media is very demanding. However, recent studies show that media multitasking is associated with decreased attentional control and increased mind-wandering and distractibility. And a longitudinal survey of teenagers aged 15 and 16 found that using digital media more often can increase the likelihood of exhibiting symptoms like inattention and hyperactivity-impulsivity, further demonstrating the impact of technology on concentration.

Gauging the Good and the Bad

Increased screen time is shown to cause poorer language acquisition, executive functioning, and cognitive and brain development in children, while excessive internet use is often linked with technology addiction and social isolation in young adults. As a whole, it appears that technology use does have plenty of negative impacts on our cognitive abilities. However, more research is needed to understand whether these impacts are only temporary or if they’re causing a long-term, steady deterioration that warrants the label of “dementia.”

"The relationships between brain function and behaviors related to [technology] use is still developing,” says Marc Potenza, a professor of psychiatry at the Yale School of Medicine. "Larger studies, longitudinal studies, are going to be very helpful in understanding more specifics regarding how specific types and patterns of internet use may be influencing people and influencing them at a brain-behavior relationship."

When studying the harmful effects of technology, it’s equally important to acknowledge its potential benefits to understand how each person’s digital behavior plays a role. For instance, technology may be beneficial when it comes to stimulating the brain and improving reaction time, but ultimately, more studies are needed to understand both positive and negative impacts and the situations in which they occur.

To avoid the negative impacts of technology, many choose to reassess their relationship with it and gradually reduce the time they spend using electronic devices. This awareness of living tech-dependent lifestyles and intention for better tech-life balances encourage people to undergo a “digital detox,” the voluntary and intentional abstinence from technology use.

“If people are concerned with the effects of technology on their cognitive abilities, they can take breaks from it,” Copeland says. “However, benefits might be affected by what you choose to do instead.” For instance, reducing smartphone use to meditate or read books can potentially improve memory and attention or prevent cognitive decline, but doing another mindless activity might not be as beneficial, he adds.

There's no hard and fast rule when it comes to digital detoxing because it can be modified depending on a person’s needs. Whether you give up technology for seven straight days, go-device free once every week or restrict a single app or device, a digital detox has the potential to mitigate the harmful effects of technology on cognitive function and overall wellbeing.

And it has the potential to benefit anyone. A 2014 study found that eliminating televisions, computers and mobile phones for five days (while at an outdoor camp) improved non-verbal communication skills in a group of preteens. In addition, a 2019 study found that a digital detox can improve performance in employees from various working sectors. Abstaining from social media completely or even limiting its use is also beneficial — these things can enhance mental wellbeing and social connectedness, reduce the risk of compulsive smartphone use, and improve mood, sleep and anxiety.

Addressing the negative impacts of technology is still an ongoing area of investigation, and in some ways, the limited information on prevention and treatment approaches has yet to catch up with the rapid development of digital technologies, the way they are used and the problems that arise from them, Potenza says.

To reduce the risk of cognitive impairment, as well as possible psychological or physical harm, it helps to use electronic devices with more intention and purpose. “As with most things, if you are at all concerned about the effects of technology, then it is probably best to use tech in moderation,” Copeland says. By becoming more mindful of the use of technology, adverse and long-term effects may be avoided.