Struggling to Hit Your Step Count? Competition May be the Best Motivation 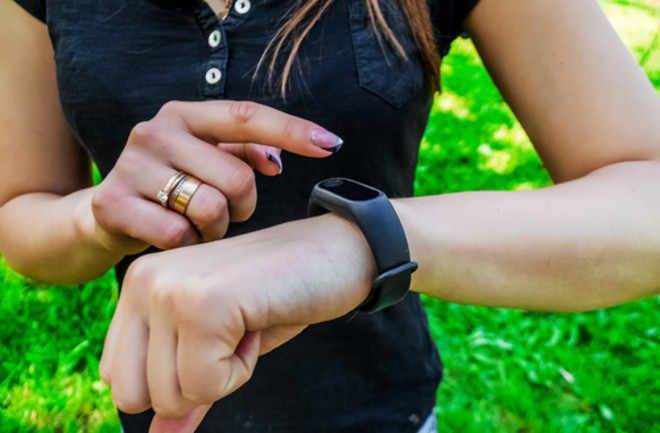 Yes, physical activity is good for your health, but sometimes – OK, maybe a lot – you just don’t want to. How do you get yourself up and going when inspiration lags? According to a new study, the answer may be a little friendly competition.

In a study out Monday in the journal JAMA Internal Medicine, researchers have found that gamifying physical activity objectives encourages people to take more steps per day than merely setting a goal. And when it came to sticking with exercise over the long haul, competition motivated people more than collaboration or peer support.

Patel and a team of researchers recruited about 600 overweight and obese adults employed at a large, national consulting firm to participate in the study. Then, they equipped participants with a wrist pedometer that tracked their daily step counts and gave feedback via a smartphone app. After a few weeks of collecting info on how far people generally walked each day, the researchers had each participant set a new step count goal. Then subjects were randomly divided into four groups.

Participants in a control group were simply asked to try to hit their new daily step goal. Meanwhile, the other 450 participants entered into a game where they earned points for hitting their step goals. When they earned enough points, the participants moved up in levels of achievement. The researchers started participants out in a middle level, but since losing tends to hurt more than winning, if people failed to reach their goal over the course of a week, they dropped back down a level.

Participants in the gaming arm of the study were further divided into three groups. One group of participants received support via email messages from a family member or friend. A second group of subjects collaborated together in groups of three. These participants could only move up in achievement levels if the collective team scored a certain number of points by the end of the week. Finally, the third group competed against each other. In this group, people competed for the top spot on a leaderboard against two other participants.

Out of the four groups, those competing against each other were the most physically active, taking about 1,000 more steps per day than people in the control group. Although people in the support and collaboration groups also walked more than people in the control group during the six-month study, competition ignited a longer-lasting habit in participants. When the researchers turned off the game for three months following the study, those in the competition group were the only ones to maintain high levels of physical activity.

The findings show games and competition are motivators when it comes to exercise, especially when paired with social incentives, Patel says. Although competition was the big winner in this study, the researchers say different social incentives may be more effective for different people. In future research, the team hopes to figure out how to predict which kinds of encouragement – competition, collaboration or support – might work best for each individual to achieve their goals.

More From Discover
Health
A New Era for Obesity Treatment?
Health
How Fat Phobia Impacts Patients and Doctors
Health
Are Ultra-Processed Foods a Silent Killer?
Health
Will the COVID-19 Vaccine Work As Well in Patients With Obesity?
Health
We've All Heard That Eating Late Is Unhealthy. Is It True?
Health
What Is Lumen, and Can It 'Hack' Your Metabolism? Here's What the Science Says
Recommendations From Our Store
My Science ShopDiscover STEM Kits
My Science ShopDiscover 2022 Calendar
My Science ShopStrange Science
My Science ShopElements Flashcards
Shop Now
Stay Curious
Join
Our List