After a decade of planning, one lab has created a device that might make a common procedure safer and simpler. 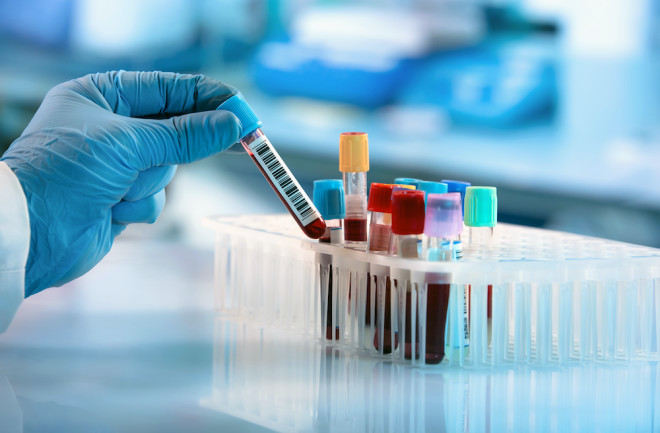 This article appeared in the July/August 2021 issue of Discover as "Blood Work." Subscribe for more stories like these.

Late one night in 1982, a Yale University medical student named Martin Yarmush witnessed a harrowing scene at a local hospital. A toddler was admitted, and several nurses attempted to insert an IV needle into one of the child’s tiny veins. Each time they missed the vessel, the child screamed more shrilly, and the mother grew more worried.

There has to be a better way, thought Yarmush, now a professor of biomedical engineering at Rutgers University. The incident changed his outlook on medicine. Thoroughly unnerved by the anguish he’d witnessed, Yarmush started to imagine what would happen if the process of drawing blood could be automated.

A prototype of the handheld device designed in Yarmush’s lab. (Credit: Josh Leipheimer)

At the time, automation was found primarily on assembly lines for cars, where robots were so powerful and dangerous that they were bolted to the ground and enclosed in metal cages. In 1985, a modified robotic arm was used to perform a brain biopsy on a 52-year-old man. But another decade and a half would pass before robots gained regular employment in hospitals, finding work as surgical assistants in operating rooms.

Today, surgical robots are commonplace in medical facilities around the world. Controlled by doctors wielding virtual forceps and scalpels in front of a computer terminal, they help perform a range of complex procedures, from hip replacements to kidney transplants. Despite these advances, the deployment of robots in hospitals has been limited: They assist in some of the most highly skilled tasks in health care, while remaining conspicuously absent in scenarios like the one Yarmush witnessed as a medical student.

Yarmush’s biomedical engineering lab has spent the past decade trying to remedy this imbalance. Thanks to advances in sensors and artificial intelligence that have improved the quality and lowered the cost of robotics, they are now developing a blood-draw robot small enough for clinicians to carry in their pockets.

In 2010, nearly 30 years after Yarmush first realized its potential, the blood-drawing robot began to take form. At Yarmush’s suggestion, a Rutgers engineering student named Alvin Chen started to investigate venipuncture — the technical term for any procedure involving a needle inserted in a vein — as an opportunity to use technology to make a common process easier, safer and more effective.

Chen’s research affirmed Yarmush’s suspicions. The most common medical procedure in the world, venipuncture is also the most prone to failure. Nurses and phlebotomists struggle not only to penetrate the blood vessels of small-veined children — as Yarmush observed back in the ’80s — but also have problems with patients who have wrinkled skin, or whose veins are hard to find. And missing the mark can have serious medical consequences, including clotting, infection and nerve damage. Add to this the frequency with which clinicians accidentally stick themselves in an emergency, and the potential benefits of a venipuncture robot becomes obvious.

Chen collaborated with another engineering student in Yarmush’s lab, Max Balter. Together, they found preexisting technologies that could be combined to make a robot capable of semi-automating the entire blood-draw process. As Balter explains, existing systems were powerful, but weren’t living up to their potential because available sensors and robotics hadn’t been effectively combined.

“There are imaging technologies that help clinicians locate vessels that are hard to see,” he says, mentioning infrared and ultrasound as two examples. “But you’re holding the probe in one hand and looking at the screen, away from the patient, and then with the other hand you’re manipulating a needle. It can be very challenging.”

Eventually, the team produced a benchtop device with a rotating arm that moved like a miniature loading dock crane, partly encased in smooth, white plastic. The robot could autonomously locate a vein in a gelatin-skinned model forearm with ultrasound technology and artificial intelligence, then precisely pierce the fake flesh with a motor-driven needle. The machine was capable of drawing blood, processing it in an integrated centrifuge and safely discarding the spent needle. All that remained was the gauntlet of human clinical trials required for FDA approval — and the money to fund them.

The lab had interest from investors, but it was hard to convince them to fund the technology for a procedure due to the relatively low compensation from insurers for a blood draw. And without human trials, it wasn’t proven technology. Companies were reluctant to advance the cash without proof.

But that didn’t mean the work came to a halt. In recent years, the lab has shifted its focus to create a more portable device for medical professionals — a project that’s especially poignant in the era of COVID-19.

A Long Road to the Hospital

Josh Leipheimer, who has worked in Yarmush’s lab since 2016, has devoted much of his time to scaling down the robot’s size. The result is a handheld device that could potentially be carried in the pocket of a lab coat so that one day medical professionals can perform blood tests at the patient’s bedside.

Leipheimer recently shepherded the robot through a small clinical trial of 31 volunteers. The robot was as good at inserting a needle and drawing blood as a professional phlebotomist, a promising step toward future studies with hundreds of patients in a more realistic setting. “We would assess the device’s performance in an actual clinical environment rather than a lab environment,” he explains.

The handheld device could be carried around in a lab coat pocket and used to perform blood tests at a patient’s bedside. (Credit: Josh Leipheimer)

It’s an expensive proposition, which faces funding challenges akin to those previously encountered by Balter and Chen. But, as Balter points out, the novel coronavirus presents a novel situation — one where applications for the machine could expand beyond a routine blood draw to include antibody testing and vaccination. In the future, automated venipuncture could also lead to greater safety for both patients and medical personnel by eliminating the need for unnecessary physical contact.

Fortunately, Yarmush’s group never abandoned the full-size machine. “The benchtop and the handheld go hand in hand,” says Leipheimer. “A lot of the development that has been made on the portable can be back-implemented.”

Andra Keay, an industry expert who is the managing director of Silicon Valley Robotics, believes that’s an ideal scenario, because one successful application of an invention can open an entire market. She’s observed this phenomenon with the expansion of surgical robotics from abdominal procedures to pretty much everything that can be done to a body under anesthesia. “Once you’ve solved venipuncture, then you’re going to get all of these variations for free,” she predicts.

Though the future of Yarmush’s blood robot isn’t yet certain, he says the “goal has always been the same: to provide a point-of-care blood draw and diagnostic system that is simple, quick, and efficient.” The nearly 40-year journey has been anything but smooth, but Yarmush’s conviction that there has to be a better way could be a few clinical trials from being vindicated.