Senolytics: A New Weapon in the War on Aging

Anti-aging drugs that remove harmful cells from our bodies could treat a range of diseases that plague the elderly. 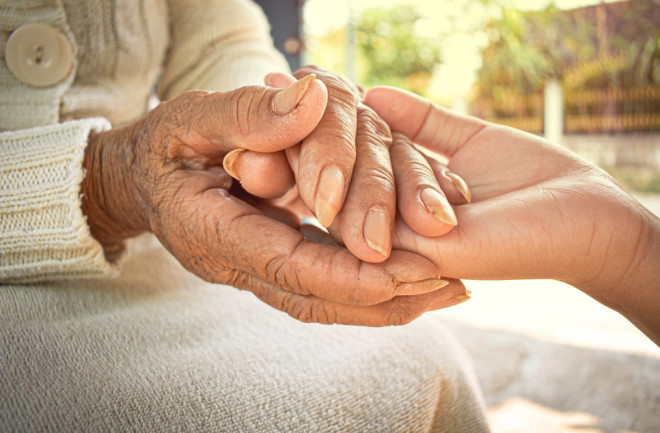 Getting old means fighting a war you’ll never win. Our bodies already battle for us every day, against bacteria and viruses, mutant cells, harmful chemicals and the slow rush of time itself. But as we age, our bodies begin to slow down — all the way down to the level of the cell. This slowdown means the threat of multiple chronic diseases circles, vulture-like, ever closer.

Research into the complex causes of these diseases has been a staple of medicine for decades. Scientists have figured out many of the pathways and mechanisms by which they harm our bodies. They’ve created new and better treatments. But definitive cures remain distant.

Now a new field of research is hinting that there might be a better way to solve the maladies of aging, one that holds the promise of addressing not just one disease, but all of them. The key, some scientists think, is something that happens to the body's cells when they are damaged or rendered defective.

When cells are hurt beyond repair, they can enter a protective state known as senescence, in which they cease dividing. At the same time, the cell begins a preprogrammed self-destruct sequence, a process known as apoptosis. This selfless act prevents injured or cancerous cells from spreading, containing damage within our bodies.

But in some cases, these damaged cells refuse to resign themselves to their fate, persisting zombielike in our tissues. And these zombie cells can begin to harm other cells around them, something researchers are beginning to link to some of the fundamental issues caused by aging. As we get older, senescent cells begin to build up in greater amounts in our bodies, though scientists still aren’t sure why.

“It’s very hard to kill [senescent cells],” says James Kirkland, a Mayo Clinic researcher who specializes in cellular senescence. “If you grow them under conditions that would kill a normal cell … they’ll survive and sometimes survive for years under those conditions.”

Senescent cells aren’t always bad for us. Senescence is a fundamentally protective action, occurring when a cell realizes it is too damaged to continue dividing and therefore curtails its growth. For instance, a cell might go senescent because it’s developed a cancerous mutation that might lead it to begin dividing uncontrollably and form a tumor. Damaged cells caused by wounds can enter senescence as well — in this case it’s a cry for help from the body.

But these senescent cells also begin leaching out a harmful brew of proteins and other compounds that can damage cells around them, leading to inflammation and eventually cell death. When a senescent cell resists apoptosis, the damage is allowed to continue, a festering wound embedded deep in our tissues. Scientists now think that this friendly fire might be a contributor to conditions ranging from arthritis to diabetes to cardiovascular disease.

Early studies have shown that removing senescent cells from tissues might help treat some diseases associated with aging  — preliminary evidence that senolytic treatments could help us combat old age. But drugs that kill senesced cells must be precisely targeted. Indiscriminate treatments might kill healthy cells, too.

In 2004, inspired by research that showed various treatments extending the life of mice also cleared senescent cells from their bodies, Kirkland began searching for ways to target senescent cells for removal in humans. The work paid off in 2015, when he and his colleagues published a paper in the journal Aging Cell showing that two already available drugs were capable of selectively removing senescent cells from human tissues. They called the compounds senolytics.

The Quest for Anti-Aging Compounds

The two senolytic compounds Kirkland and his team identified are called dasatinib and quercetin. Dasatinib was previously developed as a cancer drug and is approved for use in humans, and quercetin is found naturally in some fruits and vegetables. Kirkland’s team found that each one targeted multiple cellular pathways that keep senescent cells alive. The two drugs together stymied their survival tactics.

“We found there were senescent cells that wouldn't respond to dasatinib or quercetin, but when we combined the two, we would kill them,” he says. A study in mice, from 2017, looked at the compounds’ effects on idiopathic pulmonary fibrosis, a fatal disease characterized by lung scarring. Mice with a version of the disease that received dasatinib and quercetin saw their condition improve after treatment, indicating that clearing senescent cells might be a viable treatment.

The evidence was also strong enough for Kirkland's team to move into clinical trials with humans. In a 2019 study, Kirkland gave a small group of diabetic kidney patients both compounds for three days. Follow-ups indicated that the number of senescent cells in their bodies had been reduced, a key step in moving the drugs toward FDA approval. Next, they’ll have to explicitly prove that the drugs directly kill senescent cells, as well as show that the drugs helped improve the patients’ conditions.

A 2015 study found another compound, navitoclax, was also effective in clearing senescent cells from mice that had been exposed to harmful levels of radiation. The treatment also helped replenish stem cells that had gone senescent, something study author Daohong Zhou was particularly excited by.

“Not only do you get rid of the bad cells, you also promote healthy stem cell expansion to regenerate normal cell tissues,” says Zhou, a professor at the University of Florida’s College of Pharmacy. “So that’s almost like the fountain of youth … you may be able to rejuvenate your aged stem cells ... and they can generate normal healthy cells to repopulate the tissues.”

Other studies currently in the works are looking at conditions as varied as Alzheimer’s, osteoporosis and macular degeneration, as well as examining survivors of childhood cancer, who carry large loads of senescent cells as a result of chemotherapy treatments.

A Cure-All for Aging?

The ultimate promise of senolytics drugs is that of a panacea, a cure-all for the ills of aging. But the compounds are likely years away from FDA approval. The studies that have so far been completed are preliminary, and larger trials are needed to replicate Kirkland's results, and to prove that dasatinib and quercetin are actually responsible for killing senescent cells. Because so little is known, Kirkland emphasizes that senolytic drugs should not be taken by patients yet.

“What we spend a lot of time doing is telling people absolutely not to take these drugs, and physicians not to prescribe them,” Kirkland says, adding that the possibility of dangerous side effects haunts him. “I think anything that sounds too good to be true probably is. I think we’re going to find side effects along the way, but I don't know what they are.”

One of the biggest issues when testing anti-aging drugs is the sheer amount of time it takes to find out if they work. Tests in mice, which breed and grow quickly, might take months or years. In humans, the test of a single drug to fight aging would take decades. Study participants would need to commit to the work for a significant part of their lives, and scientists would need to ensure funding doesn’t dry up.

“You really need to study people over a huge amount of time to know whether the drugs work, if they work in everybody, and whether they have side effects on some people and not in others,” says John Morley, a geriatrician at St. Louis University.

But the allure of curing, or even just easing, the ills associated with aging is strong. What makes senolytics so promising is they might move us beyond treating symptoms — memory problems, joint aches and pains, greater susceptibility to diseases — and begin addressing fundamental causes.

“I’m a clinical geriatrician,” Kirkland says. “I’m sick of prescribing better wheelchairs, walkers and incontinence devices. I’d like to do something fundamental that could slow down these processes and maybe even partially reverse them in older people.”

It’s an opportunity to move beyond addressing the symptoms of aging, and what could be a fundamental shift in the field of geriatric medicine. Instead of putting bandages over the ravages of time, we might begin treating the problem at its very roots.