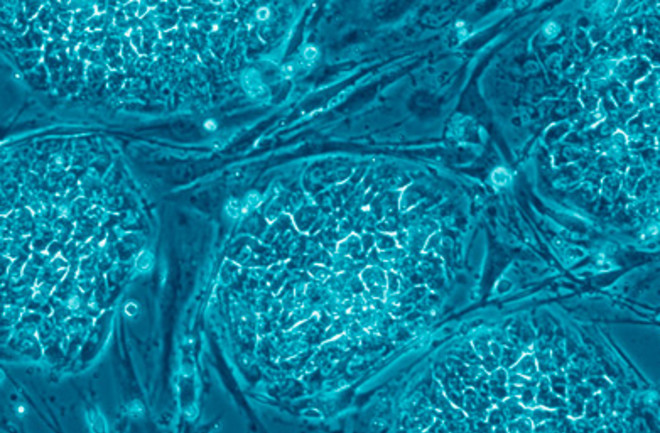 Embryonic stem cells come in various guises and can transform any of the body's 200 cell types. | SPL

Scientists reeling from the revelation that South Korean researcher Hwang Woo Suk's stem cell work was fraudulent are scrambling to revive the golden promise of the field and make up for lost time. "The sad thing is that thousands of people may die because we lost two years of legitimate research while the South Koreans played their games," says Robert Lanza of Advanced Cell Technology in Worcester, Massachusetts.

Hwang claimed to have perfected somatic cell nuclear transplant, a procedure in which genetic material is removed from a donated egg and replaced with DNA from the patient to create cloned cells that could regenerate diseased tissues or organs. The technique is appealing because the cloned cells would be genetically identical to the patient's own and so should not be rejected. After Hwang's papers were published, Advanced Cell Technology had to suspend its research in the area; funding had dried up, and the company's egg supplier had cut off its shipments, saying that the goal had already been achieved. The project has been restarted, and researchers are exploring new ways to create stem cells.

In one promising approach, cellular reprogramming, stem cells can be generated by fusing adult skin cells with embryonic stem cells from existing cell lines. The catch is that the new cells still contain DNA from the original stem cells, so they don't match the patient's exactly. Another possibility is harvesting cells from an egg that is stimulated to divide as if it were fertilized; the resulting cells, lacking half the usual genes, could be closely matched to a wide variety of recipients. Finally, stem cells from umbilical-cord blood may be medically useful, although they do not have the therapeutic flexibility of embryonic cells. "It's unfortunate," Lanza says. "Here we are, two years later, back at square one."

More From Discover
Health
The Science Behind Cold Water Plunges
Health
Could COVID-19 Be Changing Who We Are?
Health
This is How Much Water You Should Actually Be Drinking Each Day
Health
What is Epilepsy and What Should We Know About it?
Health
A Blood Test That Screens For Multiple Cancers At Once Promises To Boost Early Detection
Health
Decorate For the Holidays Early and it Might Improve Your Mood
Recommendations From Our Store
My Science ShopDiscover STEM Kits
My Science ShopDiscover 2022 Calendar
My Science ShopStrange Science
My Science ShopElements Flashcards
Shop Now
Stay Curious
Join
Our List