There’s a mini second genome inside your cells, but no one could figure out how to edit it — until now. 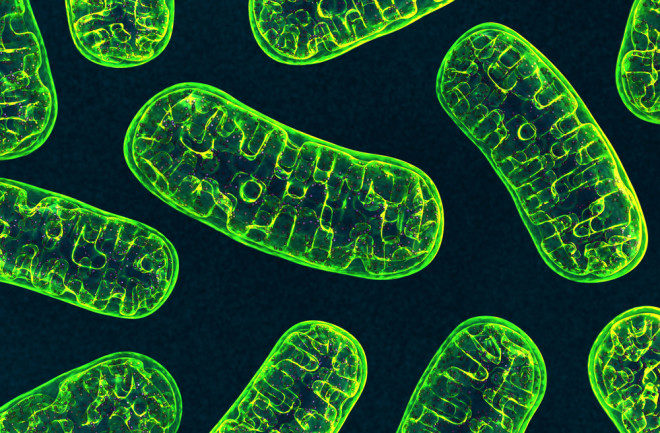 This article appeared in Discover’s annual state of science issue as “Editing the Mitochondria.” Support our science journalism by becoming a subscriber.

A new technique has finally opened up one of the final frontiers of gene editing: the mitochondria. These are the mini-organs that power our cells and have a little bit of genetic information of their own.

Until now, the gene-editing tool CRISPR didn’t work inside this part of the cell; CRISPR uses guide RNA to find its target, but RNA can’t get inside the mitochondria. Other gene-editing methods have relied on simply chopping apart mtDNA — the mitochondria’s DNA — rather than editing it. With this new tool, chemical biologist David Liu of the Broad Institute, Harvard University, and Howard Hughes Medical Institute has found a way to actually change the mitochondrial genome.

The new editing tool begins with a bacterial toxin known as DddA, discovered by microbiologist Marcos de Moraes at the University of Washington School of Medicine. The toxin kicks off a reaction that turns one nucleotide — the building blocks of DNA — into another. When done randomly, the change can be deadly for a cell. But the researchers were able to harness this ability to make targeted gene edits.

The end result is “quite a Rube Goldberg-like protein,” Liu says. The gene editor has many protein parts, including one that delivers the editor inside the mitochondria, one that indicates which gene to target and one that helps increase the efficiency of the edits. And there’s the toxin itself, which edits the nucleotide.

Key to the process was finding a way to deactivate the toxin while it passes through the cell, to make sure it doesn’t do any unintended harm. The team achieved this by splitting the toxin in half; once inside the mitochondria, the two parts reform at the site of the intended gene edit in a process pioneered by Beverly Mok, a graduate student in Liu’s lab.

The gene editor currently has a few limitations. For example, it only works on specific nucleotides. Liu says his lab is studying other toxins that might expand the editor’s capabilities. He also hopes to improve the efficiency rate of the edits, which is about 50 percent at best. Current limitations aside, the tool’s precise edits will allow scientists to study mitochondrial diseases in the lab like never before — and perhaps one day even cure them.

mtDNA Can’t Hide From This Editor

1: Inside almost every cell in our bodies, there are tiny organelles called mitochondria. 2: The cell’s powerhouse, mitochondria create the molecules our bodies use for energy. They also have their own DNA, separate from the rest of the genome that resides in a cell’s nucleus. Scientists think they were once bacteria that established a symbiotic relationship with our cells. Over time, they lost the ability to live separately and became forever entwined with our bodies. 3: Unlike the rest of our DNA, the mitochondrial genome forms a loop. It’s also small, containing just 37 genes. Mutations to this mtDNA are responsible for a number of rare, dangerous genetic conditions. Like the other DNA in our cells, mtDNA is made of nucleotide pairs. Just four molecules make up all of our genes: Adenine (A), which can only pair with thymine (T), and cytosine (C), which can only pair with guanine (G). Another nucleotide, uracil (U), is functionally equivalent to thymine, though it’s typically used in other types of molecules in the cell, not DNA. The specific order of these nucleotide pairs is what spells out our genes.

4: The lab’s creation relies on a special bacterial toxin called DddA, which teams up with a few other bits of molecular machinery to help get the editor inside the mitochondria and to the right stretch of DNA. Changing just a single A, T, C or G in a DNA strand can completely change one gene into another. The DddA first locates a specific C (green)-G (yellow) pair in the mtDNA. 5: The DddA toxin then gets to work by first changing a C (green) to the non-DNA nucleotide, U (pink). 6: The new U (pink) is now sitting across from a G (yellow), but these two can’t make a pair. The cell detects this error and makes an edit. Sometimes the cell will put back the C, returning the gene to its original state. Sometimes the cell will swap out the G for an A (blue), leaving a U-A pair — and now a new gene.

7: And sometimes the cell cleans up even more, swapping the U (which isn’t normally found in DNA) for the functionally equivalent, DNA-appropriate T (pink). In the end, the goal is to end with a U-A or T-A nucleotide pair where there was once a C-G — and thereby a different gene. — ANNA FUNK