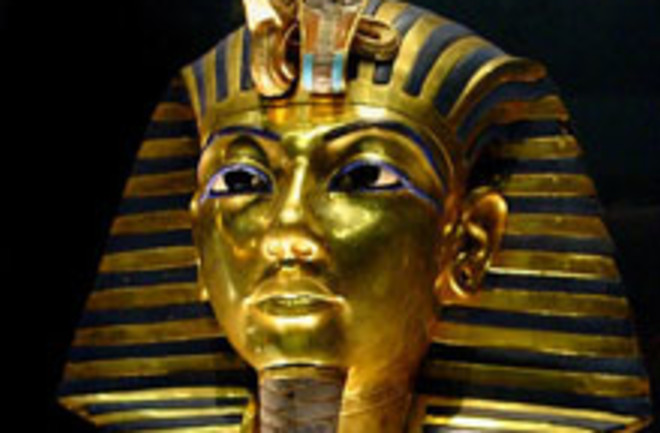 What struck down ancient Egypt's King Tutankhamen at the tender age of 19? Just this winter, Egyptian researchers seemed to think they had a definitive answer. After years of genetic tests and CT scans, they concluded that royal incest had produced a sickly boy with a bone disorder, and argued that a malaria-bearing parasite finished him off. But now a team of German researchers is arguing that the observations actually point to death from the inherited blood disorder sickle cell disease (SCD).

People with SCD carry a mutation in the gene for haemoglobin which causes their red blood cells to become rigid and sickle-shaped. A single copy of the sickle-cell gene confers increased immunity to malaria, so it tends to be common in areas where the infection is endemic – such as ancient Egypt. People with two copies of the gene suffer severe anaemia and often die young. [New Scientist]

to the Journal of the American Medical Association, the German scientists argue that the bone damage seen in the investigation of Tut's mummy was likely the result of sickle cell disease, as the sickle-shaped cells can block blood flow through capillaries and therefore keep oxygen from reaching bone tissue. They also argue that malaria is more likely to kill young children in areas where the disease is endemic; those who survive to their teenaged years typically have a degree of immunity. The German researchers, who hail from the Bernhard Nocht Institute for Tropical Medicine, are eager to follow up on their theory.

According to the German researchers, the Egyptian researchers could have tested Tut's DNA for the genetic blood disorder. "To confirm sickle cell disease or the genetic trait would take just 60 minutes and is easy - we wonder why the authors haven't done that so far," said [study coauthor] Christian Meyer. [LiveScience]

The Egyptian researchers say they're interested in the new theory, and will investigate it in due time. For now, the mystery that began with the boy king's death around 1324 B.C. will linger on. Related Content: 80beats: What Killed King Tut? Incest and Malaria, Study Says

(our growing compendium of juicy scientific arguments) DISCOVER: 5 Questions for the Mummy Doctor