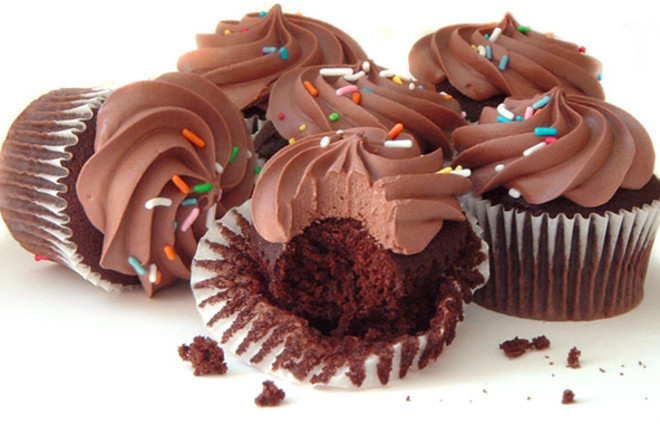 Do you often feel the need for a sweet sugar rush or a moment of bacon-induced bliss? A new study offers evidence that that surge of pleasure is similar to a heroin high, and that eating junk food regularly can significantly change the brain's chemical make-up, creating junk food addicts who are driven to overeat. Lead researcher Paul Kenny says it had previously

been unclear whether extreme overeating was initiated by a chemical irregularity in the brain or if the behavior itself was changing the brain's biochemical makeup. The new research by Kenny and his colleague Paul Johnson, a graduate student, shows that both conditions are possible [Scientific American].

For the study, published online in Nature Neuroscience,

Kenny and colleagues headed to the grocery store. "We basically bought all of the stuff that people really like -- Ding-Dongs, cheesecake, bacon, sausage, the stuff that you enjoy, but you really shouldn't eat too often," he said [Reuters].

One set of lab rats was allowed unfettered access to these high-calorie foods, while another rat group was allowed just one hour of access to the junk food per day. Both sets of rats also had the option of eating standard healthy lab rat fare. Finally, a control group of rats were kept on a healthy diet. Scientists found that rats with unlimited access to junk food quickly became addicted. They constantly munched on the junk food through the day, becoming substantially overweight and turning into compulsive overeaters. Meanwhile, the rats with limited access to the food held their hunger, preferring to binge-eat in a limited time than consume healthy rat food. These rats gorged for 60 minutes, consuming 66 percent of their daily calorific intake in just one hour and soon developed a pattern of compulsive binge eating. The researchers found that rats that overate had altered brain chemistry. Initially, each time they ate a Ding-Dong or rasher of bacon, they got a shot of the feel-good chemical dopamine. But just like human drug addicts, they soon had to increase their dosage to get the same dopamine rush.

As the pleasure centers in the brain became more and more blasé, and less responsive, the rats quickly turned into compulsive overeaters. They were motivated to keep eating to get their fix [The Vancouver Sun].

Specifically, Kenny and his colleagues found that overeating decreased levels of the dopamine 2 receptor in the rats' brains; human drug addicts have also been showed to have reduced levels of dopamine 2 receptors. The altered brain chemistry also seemed to make it difficult for the rats to switch away their unhealthy eating habits--in other words, they were hooked. When the rats were eventually barred from eating junk food and given only what researchers called "the salad bar option," they took an average of 14 days before they would even consider eating healthy food. "I was really shocked at the magnitude of the effect," Kenny says. "They basically don't eat anything. If that translates over to us as a species, that's a major problem"

The findings in a study of animals cannot be directly applied to human obesity, but may help in understanding the condition and in developing therapies to treat it [Reuters].

But Kenny says it's possible that some people may be born with a predisposition to have lower D2 levels. "That may be why they're more likely to gain weight. They're already halfway down that road, if you will"