One gene stops ovaries from turning into testes

In science, we don't often get to talk about male repression, but a new discovery gives us just such a chance. It turns out that ovaries can only remain ovaries by constantly suppressing their ability to become male. Silence a single gene, and adult ovaries turn into testes. That adult tissues can be transformed in this way would be surprising enough, but doing so by changing a single gene is truly astonishing. 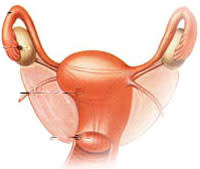 As embryos, our gonads aren't specific to either gender. Their default course is a female one, but they can be diverted through the action of a gene called SRY that sits on the Y chromosome. SRY activates another gene called Sox9, which sets off a chain reaction of flicked genetic switches. The result is that premature gonads develop into testes. Without SRY or Sox9, you get ovaries instead.

But Henriette Uhlenhaut from the European Molecular Biology Laboratory has found that this story is woefully incomplete. Maleness isn't just forced onto developing gonads by the actions of SRY - it's permanently kept at bay by another gene called FOXL2.

Uhlenhaut developed a strain of genetically engineered mice, whose copies of FOXL2 could be deleted with the drug tamoxifen. When she did this, she found that the females' ovaries turned into testes within just three weeks. The change was a thorough one; the altered organs were testes right down to the structure of their cells and their portfolio of active genes. They developed testosterone-secreting Leydig cells, which pumped out as much of the hormone as their counterparts in XY mice. They only fell short of actually producing sperm.

Uhlenhaut found that FOXL2 and SOX9 are mutually exclusive - when one is active, the other is silent and vice versa. The two genes are at opposite ends of a tug-of-war, with sex as the prize. FOXL2 sticks to a stretch of DNA called TESCO, which controls the activity of Sox9. By sticking to TESCO, FOXL2 keeps Sox9 turned off in the adult ovary. Without its repressive hand, Sox9 switches on and sets about its gender-bending antics.

FOXL2 also has a partner-in-repression - the oestrogen receptor, a docking molecule for the hormone oestrogen. The two proteins interact with one another and they cooperate to block Sox9.

The same genes may help to explain the frequent acts of gender-swapping among, fish, reptiles and birds (no, Steve Connor, "one of the great dogmas of biology" is not that "gender is fixed from birth"). In these animals, oestrogens often cause males to change sex into females, and falling levels of oestrogen can trigger the reverse transformation. FOXL2 may also be involved.

The fact that oestrogen helps to maintain the gender of mice is surprising. Unlike other back-boned animals, mammals are thought to be largely insensitive to levels of sex hormones outside of development. However, Uhlenhaut suggests that oestrogen's role in keeping ovaries and ovaries may explain why women sometimes appear slightly more masculine after the menopause, a time characterised by falling oestrogen levels.

There have been hints from many species that FOXL2 plays an important role in determining sex. People who inherit faulty copies of the gene can develop a rare disease called BPES that often leads to infertility because of failing ovaries. Goats whose FOXL2 isn't controlled properly develop a condition called polled intersex syndrome (PIS), where they become males despite carrying two X chromosomes. Females that lack the gene altogether fail to develop proper ovaries at all.

Understanding how gender is set and maintained is vital, for it is such a basic and pervasive element of our lives. Uhlenhaut's work isn't just of academic interest. It could also help to treat disorders of sexual development. It could also change how gender reassignment therapies are done, paving the way for gene therapies rather than multiple painful surgeries.