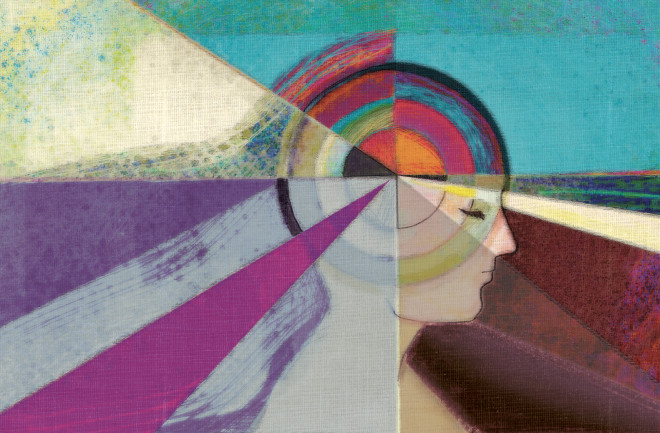 Authors Ari Brouwer and Robin Lester Carhart-Harris, writing in the Journal of Psychopharmacology, introduce the concept of pivotal mental states. (Although this is a new term, the idea echoes earlier work).

What is a pivotal mental state? It's "a hyper-plastic state aiding rapid and deep learning that can mediate psychological transformation," or in other words, a state in which beliefs, personality and mental health are prone to change. As they put it, these states "evolved to allow the experiencer a psychological ‘fresh start,’ akin to a psychological ‘rebirth.’"

According to Brouwer and Carhart-Harris, these pivotal states may be triggered by severe psychological or physiological stress, but they can also be produced by drugs, especially psychedelics such as LSD or psilocybin (magic mushrooms). Biologically, they say, stress and psychedelics have related effects on the brain in that stress upregulates 5HT2A serotonin receptors, which are the target of drugs like LSD.

The authors emphasize that pivotal mental states are neither helpful nor harmful in themselves. Rather, these states represent a psychological crossroads which can lead to many different destinations, from improved mental health to serious disorders.

Brouwer and Carhart-Harris illustrate the idea of a pivotal mental state as a "moment of decision" with a rather beautiful piece of art showing a person facing two ways forward, one towards sunny health and the other, gloomy illness:

From Brouwer and Carhart-Harris (2020)

So what determines if the outcome of a pivotal state is good or bad? The authors point to contextual factors — the social, psychological and emotional environment, broadly speaking — as being key. These need to be "treated with special attention and therapeutic care (where possible) if an individual’s psychological wellbeing is to be safeguarded," and this applies to individuals on psychedelics as well as acute psychosis.

I also didn't find the biological aspects of the paper, with the focus on 5HT2A receptors, to be entirely convincing. This is a complex issue and there are thousands of relevant scientific studies but, in a nutshell, I don't think we can equate the effect of stress with increased 5HT2A in all cases, and clearly stress does not always have the same effects as a dose of LSD, while LSD effects are not identical with psychotic symptoms.

Overall, the entire paper ends up raising more questions than it answers, and leaves the "pivotal mental state" as something mysterious. This is not necessarily a bad thing — there can be value in describing a mystery, as a first step towards solving it. But there is a lot more work to do here.

More From Discover
Health
Is Crying Good For You?
Health
The Different Diseases Behind Language Impairment
The Sciences
What is Prosopagnosia Or Face Blindness?
Mind
Evaluating the Savant Skills That Can Come With Autism
Mind
Having Dreams About the Same Person? Here’s Why
Mind
We're Beginning to Understand the Power of Eye Contact
Recommendations From Our Store
My Science ShopDiscover STEM Kits
My Science ShopDiscover 2022 Calendar
My Science ShopStrange Science
My Science ShopElements Flashcards
Shop Now
Stay Curious
Join
Our List