No Shoes, No Problem? Barefoot Runners Put Far Less Stress on Their Feet 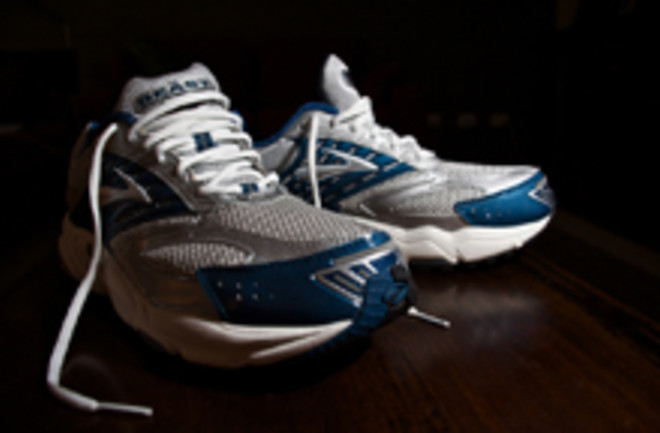 Perhaps the original design is still the best. In this week's Nature, Harvard's Daniel Lieberman and his team reported on the impact force of people who are used to running barefoot versus those of us who wear spongy sneakers to protect the bottoms of our feet. Those who ran barefoot (the way humans evolved to run) moved differently, and with far less stress on their feet than the shoe-wearing masses. The researchers first traveled to Kenya to watch endurance runners who grew up running sans shoes. The study—the first to test lifelong barefoot runners and not simply people trying it out—found that the barefoot runners landed on the front or middle of their feet. By contrast, runners in shoes typically land on their heels. Lieberman says:

"This creates an impact; it's like someone hitting your heel with a hammer with up to three times your body weight" [BBC News].

In follow-up tests in the United States, the team noted that barefoot runners put, on average, only a third of the initial impact force on their feet than their shod counterparts did. In fact, fancy shoes are the only reason this running style is tolerable.

The invention of the springy running shoe in the 1970s, the authors write, allowed runners to comfortably land on the heel first before rolling their weight forward on the foot [Science News]

. Lieberman worries that since most of us aren't running in a way for which our physiology evolved, we could be setting ourselves up for more injuries. And he's not alone.

Another recent study by the American Academy of Physical Medicine and Rehabilitation ... found that wearing running shoes "increased joint torques at the hip, knee and ankle," when compared to barefoot running. Even a jog in high heels was better for joints than specialized tennis shoes [Scientific American]

. But before you toss out those overpriced running shoes and start jogging the natural way, consider that the link between shoe-running and injuries is far from proven. Biomechanist Reed Ferber points out that while barefoot runners apply less stress to their feet per stride, they also take shorter steps, meaning many more strides for a runner to finish a marathon. “You could argue that if he’s going to take 7,500 more steps he’s more likely to get an injury,” Ferber says. “But you could also argue that all those steps don’t have that impact peak, so that might be injury protective. So who really knows at this point?” [