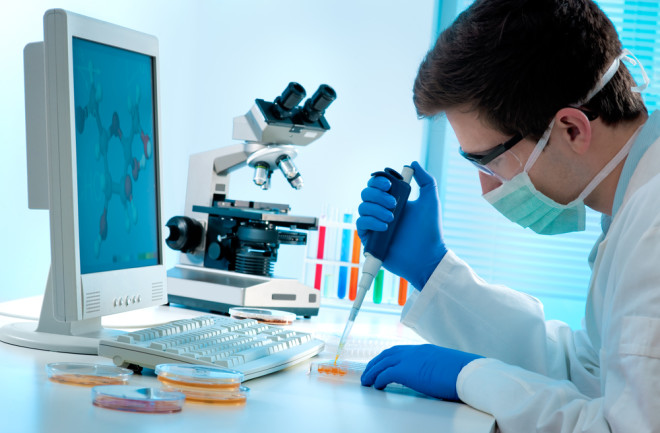 (Credit: Alexander Raths/Shutterstock) The National Institutes of Health (NIH) announced yesterday that it would be removing a three-year funding pause on so-called "gain-of-function" research. The type of research in question involves engineering viruses to give them capabilities not found in nature in order to facilitate research. This can be as simple as producing a higher yield for a certain vaccine strain, but has also involved giving viruses potentially dangerous traits. One of the most popular examples of the potential dangers of gain-of-function research is two 2011 studies that gave a variant of avian flu in ferrets the ability to spread through the air where it previously couldn't.

The pause was announced in 2014, and shut off funding for 21 studies involving gain-of-function research. The move came as some scientists criticized such research for being unacceptably dangerous and followed revelations of safety concerns at Centers for Disease Control and Prevention (CDC) labs involving the transport of anthrax and other virulent pathogens. The pause specifically targeted research into influenza, Middle East respiratory syndrome (MERS), and severe acute respiratory syndrome viruses. Now, the NIH has reversed the decision and says it will allow such studies to go forward, after completing a new review process. Some studies into influenza and MERS are still being held up, though, Science reports, and the rest will need to resubmit their proposals. For some, the decision may come too late, as their research is outdated by now. Others will simply have to update their proposals. Gain-of-function studies have long been controversial, as they involve giving potentially dangerous viruses new capabilities. There are good reasons for doing so, in many cases, but each situation must be individually assessed to determine if the probable benefits outweigh the risks of doing the research, according to an ethical assessment commissioned by the NIH after the pause was announced. Ultimately, the assessment concludes that while some research projects may be either clearly necessary or too dangerous, most will fall in the middle, and decisions on whether to proceed will be difficult.

With today's decision, the NIH seems to side with those arguing that gain-of-function research is ultimately beneficial to society. Indeed, many such studies involve giving human diseases the ability to infect animals, or helping them to provoke an immune response, both qualities that allow researchers to better study and develop drugs to fight them. For example, there are no small animal models for studying MERS as it's found in nature, so gain-of-function techniques are necessary to adapt the virus to them. Other uses for enhanced viruses include studying how a mutated virus might attack us, testing out vaccines and formulating public health responses to outbreaks. In addition, the term gain-of-function is at risk of being applied too broadly, some researchers worry, causing even studies that pose little risk of causing harm to be vilified. At it's most basic, the term applies to any research that gives a virus or microorganism an ability that it didn't have before, regardless of whether that ability has the potential to make it more dangerous. In some cases, the function that is gained can even make a virus less of a danger to humans. It's too early to say what kinds of studies will make it through the new NIH review process at the moment. As before, there will likely be risks, but also the possibility of previously unattainable insights.