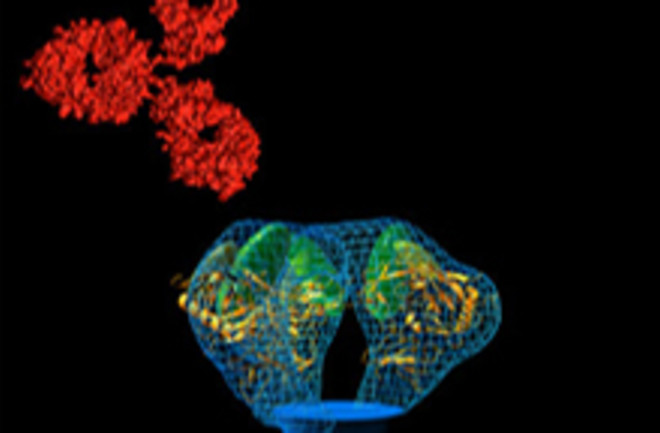 Although researchers searching for an HIV vaccine have been down the path of optimism and disappointment many times before, a new finding has nevertheless brought fresh hope to the flagging effort. Researchers have discovered two antibodies that can effectively fight back most strains of the HIV virus, and say they'll now try to make a vaccine that can teach the human body to produce these antibodies.

The weapons in question are called broadly neutralising antibodies.... These are antibodies that deactivate a wide range of HIV strains—which is particularly important for an effective vaccine, because HIV is so variable [The Economist].

Researchers found the two new antibodies after screening blood samples from 1,800 people around the world who were infected with HIV but hadn't yet developed AIDS; the two antibodies both came from an African donor. Of these two potent antibodies, one neutralized 127 of 162 HIV strains and the other neutralized 119. The study, published in Science, is particularly exciting because

the antibodies target a portion of HIV that researchers had not considered in their search for a vaccine. Moreover, the target is a relatively stable portion of the virus that does not participate in the extensive mutations that have made HIV able to escape from antiviral drugs and previous experimental vaccines [Los Angeles Times].

The next step for researchers is to try to make a synthetic compound in the same shape as the HIV target, which could be injected into healthy patients to stimulate the production of the neutralizing antibodies. Then if the patients contract the HIV virus, their bodies will be primed to fight it off. Says study coauthor Wayne Koff:

More From Discover
Health
How COVID-19 Variants Could Outsmart Vaccines
The Sciences
Animals That Take Advice From Bacteria
Health
Booster Vaccines Are Actually Pretty Common
Health
Everything You Need to Know About COVID-19 Testing At Home
Health
What Does Full FDA Approval of a Vaccine Do If It’s Already Authorized for Emergency Use?
Planet Earth
A Glimpse Inside a Termite's Gut and More Award-Winning Footage of the Microscopic World
Recommendations From Our Store
My Science ShopDiscover STEM Kits
My Science ShopDiscover 2022 Calendar
My Science ShopStrange Science
My Science ShopElements Flashcards
Shop Now
Stay Curious
Join
Our List