Need that Cancer-Fighting Plant? It May Soon Be Extinct. 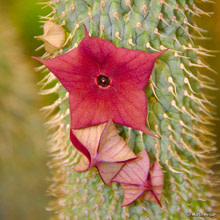 It’s no secret that we’re a drugobsessednation. But not everyone knows that more than half our prescription drugs come from chemicals found in plants. Plus, according to New Scientist, many people around the world, including 80 percent of Africans, rely on medicinal plants for treatment of illnesses as serious as malaria and HIV. And now, those potentially-life-saving plants are in trouble. The international conservation group Plantlife reports that pollution, over-harvesting, and habitat destruction are threatening the existence of 15,000 (out of a total 50,000) species of medicinal plants. Plants that have the potential for treating migraines, fever, and even cancer could wind up disappearing in the near future, with countries such as China, India, Kenya, Nepal, Tanzania, and Uganda reporting shortages. Some of the plants at risk include: 1. Himalayan yew, an anti-cancer drug 2. Yew tree, the cancer drug paclitaxel comes from the tree’s bark 3. The African cherry, extract treats prostate problems 4. Magnolia, which fights cancer, dementia and heart disease 5. Hoodia, which suppresses appetite, and could be the next "miracle" weight loss drug 6. Autumn crocus, which was once used as poison, but is now used for gout and leukemia Plantlife has several on going projects already working in Uganda, Nepal, and China, including the establishment of China’s first nature reserve for medicinal plants that is run sufficiently by the community. Related: Reality Base: Reality Check, Health Care Reality Base: Drugonomics: Cash-Strapped Americans Taking Fewer Prescription Meds Reality Base: The Latest in AIDS Research: Pills, Gels, and a Big Step Towards a CureImages: