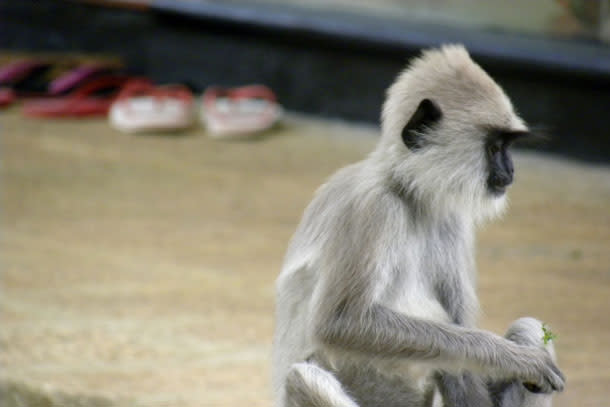 Hey hey! I'm back from a wonderful 2.5-week holiday in Sri Lanka. It was tremendous, and the first proper no-writing, no-work break I've taken for well over a year. Your normal blogging and tweeting service will now resume, and photos (oh, so many photos) will emerge at some point. But for now, here's some geekery for you. This is the full list of what we saw on the holiday. I've never been to a country where the wildlife watching opportunities were so thick and easy. The first thing that I saw when I pulled back the curtains on my first morning was a criticially endangered monkey on my balcony. I walked out of a room one afternoon to get some tea and ended up photographing troops of Toque macaques and gray langurs, a mongoose, some water monitors and a giant squirrel. We did a boat trip where a pod of 150 or so spinner dolphins was only the third most exciting thing we saw in an hour (two green turtles mating, and five blue whales). So, the list. The rules are that they have to be seen in the wild, not in a zoo or nursery, and we had to identify them to the species level (which explains why there are no invertebrates and why the flying fish we saw didn't make the cut - 65 friggin' species, are you kidding me?). The asterisks indicate the ones we have photos of. Mammals