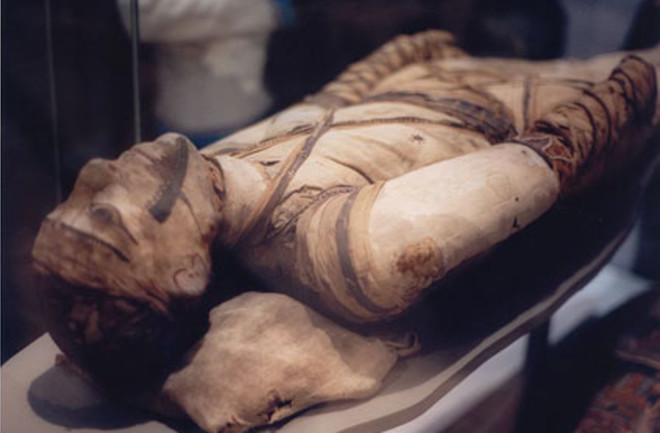 Our medical establishment has elaborate rules governing patients' privacy and ensuring that embarrassing medical details don't become public. But when King Tut is diagnosed with a disease--or even when researchers turn up something as sensitive as signs of inbreeding--it makes headlines across the world. That's just not fair to Tut, two researchers are arguing. Anatomist Frank Rühli and ethicist Ina Kaufmann of the University of Zurich, Switzerland argue that mummy research needs an ethical overhaul. In their paper, published in the Journal of Medical Ethics, they note that probing a mummy is an invasive process that can reveal intimate facts, and point out that the mummy never gave informed consent for these procedures. Rühli suggests that mummy researchers should weigh their scientific objectives against the rights and potential wishes of the long-dead individual. Søren Holm, the editor-in-chief of the Journal of Medical Ethics, told New Scientist that researchers should ask themselves if they're motivated by voyeuristic interest.

Holm, a philosopher and bioethicist at the University of Manchester, UK, wants researchers to think about whether their work is motivated by scientific inquiry or simply by curiosity. "Do we really need to sort out the intricate details of Tutankhamun's family history?" he asks.... "I try to treat mummies like patients," he says. "I don't like it if researchers make fun out of them, or show them to gruesome effect."

At the very least, mummy researchers, that means no dancing around the lab and making mummies reenact Steve Martin's King Tut routine

DISCOVER: 5 Questions for the Mummy Doctor