Adults who were fully immunized as children are protected against tetanus and diphtheria — and do not need booster shots. 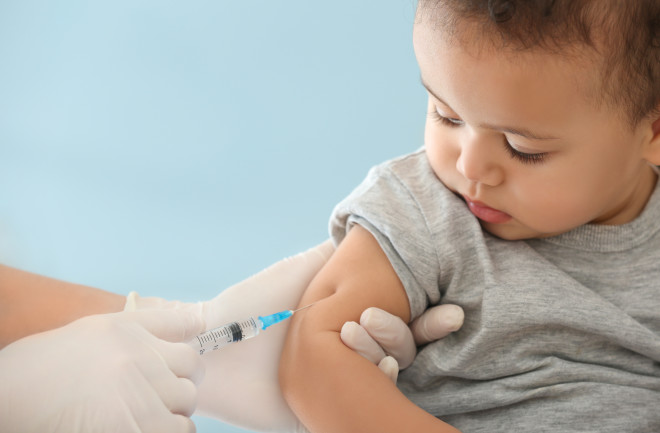 People who were fully vaccinated in childhood are protected in adulthood. (Credit: Africa Studio/Shutterstock)

If you got your full suite of tetanus and diphtheria vaccines as a kid, good news: New research shows you likely don’t have to go back for any more of those injections as an adult.

A study comparing 31 nations showed that countries requiring tetanus and diphtheria booster shots had similar disease rates as those that didn’t. The finding, out in the journal Clinical Infectious Diseases, backs up the World Health Organization’s stance that adult boosters of these two vaccines aren’t necessary.

The Centers for Disease Control and Prevention recommends that adults get shots for these vaccines every 10 years. Counting those who follow that directive, those adult booster shots cost the U.S. roughly a billion dollars every year — money that could be better spent on other vaccination or health care issues, says Mark Slifka, a co-author on the paper and vaccine researcher at Oregon Health & Science University. “If you can save a billion dollars a year in health care costs, think of what else you can do,” he adds.

Tetanus and diphtheria are bacterial diseases. The first stiffens muscles, while the second can cause lung disease. Babies, children and young adults get a series of vaccines against both illnesses. For decades, the CDC and health authorities from other nations have recommended that adults also get booster shots — injections to re-up someone’s immune defenses. Not every country has required adult booster shots, however, and the WHO no longer recommends those shots as a routine part of adult care.

If the injections someone received as a child still protect them against tetanus and diphtheria as an adult, then there’s no need for the booster shot, Slifka says. His own lab proved the lasting impacts of youth injections in earlier blood sample studies. So Slifka and his team decided to see if entire populations with childhood-only vaccination schedules also saw lower rates of the diseases.

The team collected information on reported cases of the illnesses between 2001 and 2016 from 31 countries in North America and Europe. Tetanus and diphtheria were about as common in nations that required boosters as in those that didn’t.

Of course, not everyone adheres to the vaccination schedules their nation recommends, Slifka says, so the team also compared disease rates just between the U.K. and France. The nations are close to one another, have similar population sizes and have similar socioeconomic statuses — except that the U.K. has never required adult tetanus and diphtheria boosters, while France does. Quality documentation of vaccination rates in France also indicate that 80 percent of residents get those adult boosters on schedule, Slifka says. Even then, the two nations had very similar disease rates. “This is a pro-vaccine story,” Slifka says, “because once you get your childhood shots, you don’t have to vaccinate against these diseases anymore.”

Slifka hopes that this study will encourage the CDC to reconsider its vaccine tetanus and diphtheria recommendations soon. Not only do the research team's results support the WHO recommendations, but Slifka says the billions saved on adult boosters could be better spent elsewhere — like vaccinating immigrants from countries where they might not have gotten the shots, or fighting anti-vaxxers.

For nations with low rates of childhood vaccinations or poor records of who has gotten their shots, this could be a vaccination schedule to work toward. Many nations are making great progress toward this goal, Slifka says. Once a country knows tetanus and diphtheria rates are low, and that kids are getting vaccinated, “they can join the party.”