Monkey on Deer Sex: It Happens. 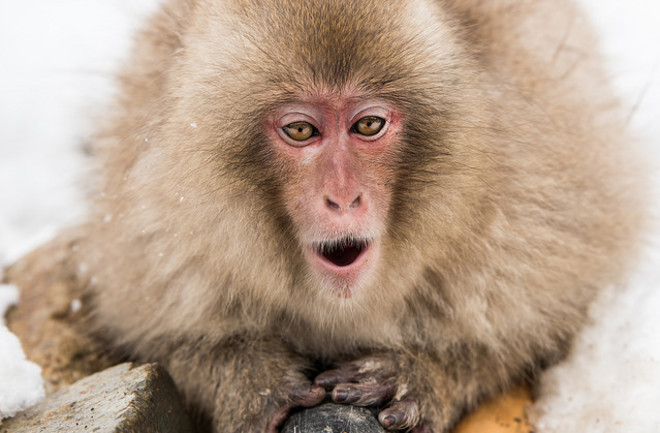 If you're looking for weird interspecies sex, look no further than Japan. Not only do Japanese macaques like to ride deer (!), but according to this study, at least one male Japanese macaque likes to have sex with them... and some of the deer let him do it. Apparently, interspecies sex is really rare in the wild. In fact, the only previous report was that of "sexual harassment of king penguins by an Antarctic fur seal." As they say, "Whatever spanks your monkey!".

Interspecies sexual behaviour between a male Japanese macaque and female sika deer. "Interspecies sexual behaviour or 'reproductive interference' has been reported across a wide range of animal taxa. However, most of these occurrences were observed in phylogenetically close species and were mainly discussed in terms of their effect on fitness, hybridization and species survival. The few cases of heterospecific mating in distant species occurred between animals that were bred and maintained in captivity. Only one scientific study has reported this phenomenon, describing sexual harassment of king penguins by an Antarctic fur seal. This is the first article to report mating behaviour between a male Japanese macaque (Macaca fuscata yakui) and female sika deer (Cervus nippon yakushimae) on Yakushima Island, Japan. Although Japanese macaques are known to ride deer, this individual showed clearly sexual behaviour towards several female deer, some of which tried to escape whilst others accepted the mount. This male seems to belong to a group of peripheral males. Although this phenomenon may be explained as copulation learning, this is highly unlikely. The most realistic hypothesis would be that of mate deprivation, which states that males with limited access to females are more likely to display this behaviour. Whatever the cause for this event may be, the observation of highly unusual animal behaviour may be a key to understanding the evolution of heterospecific mating behaviour in the animal kingdom." Related content: Sex burns 3.6 calories a minute.Apparently, brown bears like oral sex, too!Scientists catch male spiders giving oral sex.