Menthol Cigarettes Are Getting Banned — Here's Why 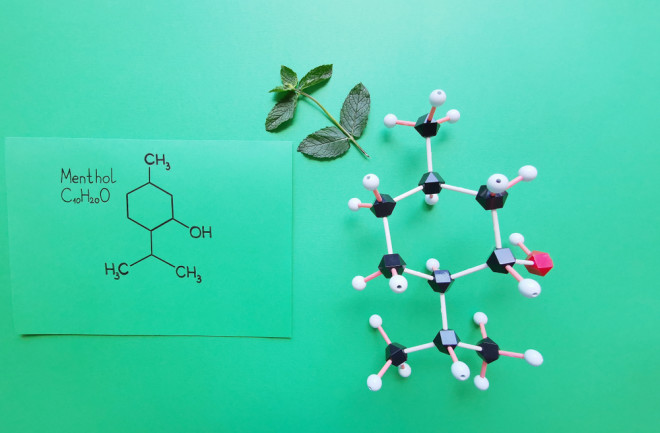 At the end of April, the Food and Drug Administration announced its plans to ban menthol cigarettes, the last form of flavored cigarette allowed in the United States. This step will likely go into effect next year. “I was obviously very thrilled to see the FDA stepping up and announcing that they were going to put this policy into place,” says Shyanika Rose, a commercial tobacco control and health equity researcher at the University of Kentucky College of Medicine. “It's something we've been doing research to support and advocating for for quite a long time.”

Advocates of menthol cigarette bans think that eliminating the flavoring will reduce the number of new smokers and push current smokers to quit, particularly among those disproportionately impacted by these cigarettes, like Black smokers. And what experts anticipate as a result of the ban isn’t just a hope — it’s a prediction, based on evidence gathered in the U.S. and abroad.

When "Cool" Is a Problem

Menthol occurs naturally in mint: It helps give the plant its characteristic sharp taste and cooling sensation. The latter attribute is what makes the additive problematic, according to Sven Eric Jordt, a sensory neurobiologist at Duke University. “It’s not just a flavoring, it’s a biologically active compound,” he says.

Whether coming from mint itself or an artificial version made in a lab, menthol interacts with the same receptor in our bodies that's responsible for our sense of cool temperatures. “Menthol basically activates this cold receptor, and that's why we feel cooling when we are exposed to menthol, when we inhale it or when we put it on our skin,” Jordt says. In turn, the receptor partially moderates how we perceive pain, which ultimately gives menthol the ability to dampen irritation or discomfort.

When combined with tobacco, the cooling, tasty menthol makes it easier to inhale irritating smoke. Jordt has watched the effect play out in mice. Typically, researchers assess how these lab rodents react to respiratory irritants by recording breathing rates. Bigger pauses between breaths indicate that bothered mice lungs. And when his lab exposed rodents — which had never breathed in smoke before — to smoke that was laden with menthol, their breathing remained closer to normal rates.

Though the menthol was included in a lower concentration than what’s in typical cigarettes, the mice showed fewer signs of breathing troubles. Jordt can’t say for certain what biological processes were controlling how mice reacted to the smoke, though the receptors that menthol interacts with are the likely explanation.

No matter how exactly menthol improves unpleasant smoking experiences, it’s a benefit that new users latch onto. In surveys, Rose and her colleagues heard from young smokers that menthol cigarettes are easier to smoke. The option often acts as a conveyor belt toward the harsher varieties: More than half of young U.S. smokers use menthol.

Another possibility: Because menthol smoke is easier to breathe in, it builds addiction faster. In Jordt’s work with mice, the ability to maintain closer-to-normal breathing means that the rodents could have inhaled a higher volume of smoke than they would have otherwise. The more smoke inhaled, the more nicotine inhaled; nicotine was found at higher concentrations in the blood of mice that took in menthol over unflavored puffs. In research with people trying to break cigarette addictions, those using menthol cigarettes tend to have a harder time too.

All of the unique hazards of menthol cigarettes — their relatively easy adoption, the possibility that they speed up addictions and make quitting harder — are more likely to impact Black smokers. Though menthol products make up about 30 percent of sales to white smokers, they compose 85 percent of the market among Black smokers.

This difference can be partly explained by tobacco company advertising campaigns in the 1960s. Phillip Gardiner, a co-founder of the African American Tobacco Control Leadership Council, summarized the history of these techniques: Brands hired Black baseball players as menthol product spokesmen, ran advertisements in magazines targeted towards Black readers in higher numbers than those directed at white audiences, and eventually rewrote song lyrics by Black artists for slogans.

Today, menthol cigarettes tend to be more heavily advertised and less expensive in neighborhoods with higher numbers of Black residents. And although all menthol users might have a harder time quitting, it's an experience most common among Black users. A recent study that pooled data from several previous research projects found that Black menthol smokers are 12 percent less likely to quit than non-menthol smokers.

Rose thinks some of these differences might result from how smoking cessation programs evaluate the aid someone might need. For example, clinics ask how many cigarettes someone smokes in a day. A lower number implies less of a dependence. But Black smokers and menthol smokers in general typically go through fewer cigarettes a day, which means clinics might be underestimating the kind of aid these clients might need, Rose says.

Genetic investigations have also suggested that people with African ancestry may inherit a genetic variation that researchers found to be five to eight times more prevalent in menthol smokers. The gene in question influences sensory neurons, and the variation might influence someone’s preference for menthol cigarettes, the authors think.

What Would a Ban Do?

Once menthol is banned, store shelves would only offer unflavored cigarettes. These are less popular among Black smokers, who might also be more susceptible to tobacco carcinogens compared to white smokers.

Compared to other additives, people who prefer menthol cigarettes have had this choice available considerably longer — since 2009, the FDA has banned all flavored cigarettes except for menthol. “What it did was really leave these communities of vulnerable smokers who use menthol at a higher rate a little bit out of the cold, especially in the Black community,” Rose says. Estimates suggest that about 45,000 Black Americans have died from tobacco use every year since, she adds.

And when just plain cigarettes remain, there will likely be fewer of them smoked overall. When Rose and her colleagues asked 18- to 34-year-old smokers what they would do if menthol cigarettes became unavailable, nearly a quarter said they’d quit. Some of the predicted results of the U.S. ban played out in Canada when the federal government prohibited menthol sales in October of 2017. In 2018, research showed that over 20 percent of surveyed menthol smokers had quit smoking as a whole, or were at least cutting the habit down to once a month.

Despite this significant effect, both Jordt and Rose think that bans alone aren't enough. Jordt points out that other industries have developed chemicals similar to menthol that lack the taste but still deliver a cooling sensation — and have cropped up in e-cigarettes. If tobacco companies incorporate similar molecules into cigarettes, manufacturers might be able to argue they are complying with flavoring regulations while still providing an additive that similarly makes inhaling less challenging.

Rose would also like to see smoking cessation programs become more widely available. That way, when the bans take effect and someone with any inclination to quit sees that their favorite product is no longer available, the resources they need to stop are as accessible as the non-menthol cigarettes in stores.

And although the federal action is helpful, Rose hopes that more state and local governments institute bans on menthol cigarettes, as those actions can take effect in less time. “The local policies can be done now,” she says, “and anything that can be done now is better than waiting for more years and more deaths and more more disability and more youth initiating.”