For patients with terminal diseases in some states, medical aid in dying can provide a humane end to their suffering. Here's how the process works. 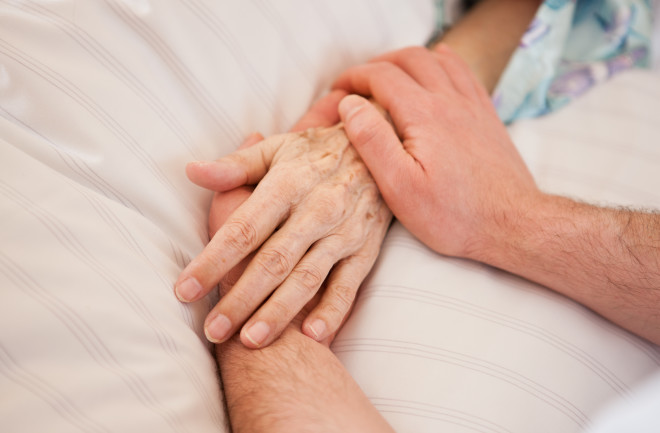 For nine years, David Grube’s patient fought her peritoneal-carcinomatosis, a rare cancer of the stomach lining. She endured a slew of different treatments including chemotherapy, immunotherapy, and thermal ablation, a procedure that uses heat to remove certain tissues. “She tried to beat it,” says Grube, a family medicine physician in Oregon and medical director for Compassion & Choices, and advocacy group for medical aid in dying.

By 2019, Grube’s patient was in her 80s and actively dying. With the support of her family, she chose a planned death, which involved a prescription from Grube that would allow her to pass away peacefully.

Grube’s cancer patient met the criteria, and she arranged a day with her family when they could be present as she ended her life.

Medical aid in dying has been in use in the U.S. since 1997, when it was first approved by Oregon voters. For years, physicians prescribed secobarbital, a drug that became controversial for its use in capital punishment and slows the activity of the brain and nervous system. In 2015, the Canadian company that owned the rights to manufacture the drug hiked the price from $200 to $3,000. They stopped producing it in 2020.

The price hike prompted physicians to find an alternative. A group of physicians working with End of Life Washington developed DDMP2, a combination of digoxin, diazepam, morphine sulfate and propranolol. Most patients died within two hours using the formula, but 5 percent took more than 12 hours. A California physician recommended giving the diazepam in advance of the other drugs to help with absorption. He added amitriptyline, an antidepressant with sedative effects, to assist with slowing the heart. In 2020, the regimen was modified again to swap propranolol with phenobarbital, commonly used as a treatment for epilepsy.

Currently, physicians prescribe D-DMAPh, a combination of drugs that lower the body's respiratory drive and stop the heart from beating. “Each of these [medications] contribute to working on slowing the body down,” says Chandana Banerjee, an assistant clinical professor of hospice and palliative medicine at the City of Hope National Medical Center in Duarte, California. “Particularly the phenobarbital in a high dose, it puts the patient into a coma, a sleep state, shortly after ingesting it, and eventually leads to the slowing down of the breathing. That’s what ultimately puts the patient in a state of ease, coma and results in death.”

On the designated day, a patient is instructed to not eat fatty foods up to six hours before beginning the process itself. “Certain foods, like fatty foods, can affect how the medicine gets absorbed,” says Banerjee.

An hour before the process begins, the patient takes an anti-nausea medicine. “The very first step in the process is making sure we prevent them from having nausea and vomiting," says Banerjee. "That is because the other medicines that follow this are very distasteful."

Half hour later, the patient takes a medication called digoxin. “It starts the process of slowing the heart down," continues Banerjee. "The heart is a resistant organ. You need something to slow the heart down so the other medications can work in unity. We want to make it a very cohesive process."

At the designated time, the patient takes the combination of the remaining drugs. Grube says the prescription is mixed with four ounces of liquid and must be drank within a two-minute time frame.

Grube’s cancer patient had one of her sons present as well as her five adult grandchildren. She climbed into bed and removed her wig. “She was a very proud woman. She said she did not want to die with her wig on,” Grube says.

With her family surrounding her, the patient gave each of her loved ones a goodbye kiss. Grube had prescribed his patient secobarbital back when it was still available. She drank the prescription, announced the taste was terrible and joked it would never make it on the market. “It broke the tension in a grandmotherly way,” Grube says.

The family stayed with the patient and held her hand. After 40 minutes, Grube checked her pulse and confirmed she had passed away. Patients taking D-DMAPh pass away at an average of 72 minutes. A younger person with a healthier heart may take longer to pass away, as with people with a high tolerance to opioids or alcohol as well as those with gastro-intestinal disorders. In a 2020 study, the longest duration for those taking D-DMAPh was four hours and nine minutes.

Banerjee says the process is usually relatively quick because the patient’s body is already in the process of dying. “Their bodies are naturally frail and shutting down," she says. "Compared to someone who is healthy, the effects of these medications are going to be more pronounced."

In his experience, Grube says that the dying process for many terminally ill patients is highly painful and they seek relief through the lethal prescription. “The reality is the person wants to do this because they have suffered so badly for so long,” Grube says.