A newly approved formula — and its rival — hold promise for those battling the deadly disease. 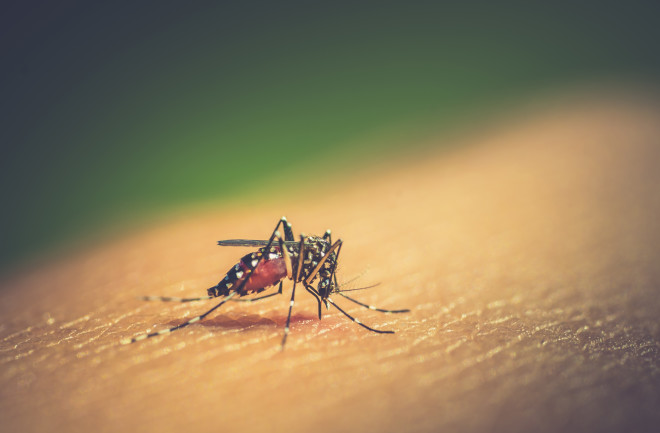 Malaria kills over 400,000 people a year around the world, most of them children. That toll, though grim, is a little under half what it was in 2000, thanks to campaigns to distribute mosquito nets, conduct indoor pesticide spraying and administer preventive medications. Since 2015, however, factors ranging from funding shortfalls to increased drug and insecticide resistance have caused the numbers of deaths and overall cases — more than 200 million annually — to plateau.

Two breakthroughs could make a difference. One came in October, when the World Health Organization approved the first vaccine against the disease. Mosquirix, manufactured by GlaxoSmithKline, is only moderately effective: In clinical trials, it reduced cases by about 56 percent over 12 months, dropping to 36 percent over four years. Still, as Pedro Alonso, director of the WHO’s malaria program, noted, its approval is “a historic event.”

Less noticed, but perhaps equally important: In April, a study posted by The Lancet revealed that a rival vaccine could be far superior. R21/Matrix-M, developed by Oxford University’s Jenner Institute, showed up to 77 percent efficacy over one year — the first malaria vaccine candidate to reach the goal of 75 percent set in 2013 by the WHO.

Those findings came from a clinical trial involving 450 children in the West African nation of Burkina Faso, where malaria strikes more than one-third of the population every year. Participants ranged in age from five months to 17 months. Three doses were given at four-week intervals, with a booster shot one year later. Over that period, just 38 of the 146 kids in the high-dose group developed malaria, versus 105 of the 147 in the control group.

“We had to go back and look carefully to make sure what we were seeing was real,” says parasitologist Hermann Sorgho, who co-led the trial at the Clinical Research Unit of Nanoro with the site’s director, Halidou Tinto. “It was a fantastic result.”

Bigger studies could show less impressive protection or unexpected safety issues. But if the results hold up, R21/MM could be a powerful weapon in controlling — and eventually eliminating — one of humanity’s greatest microbial foes.

Since the first test of a malaria vaccine in the 1940s, researchers have grown accustomed to disappointment: Plasmodium falciparum, the parasite that causes the most common form of the disease, has over 5,000 genes and a daunting array of evasive tactics. Before R21, Mosquirix had been the best-performing vaccine candidate ever.

In some ways, the two vaccines are similar. Both train the immune system to attack the same molecular target, or antigen — a protein from the parasite. Both use a similar delivery system: tiny spheres of hepatitis B protein (a convenient carrier) coated with the malaria antigen. But the Oxford team, which also developed the Oxford-AstraZeneca COVID-19 vaccine, made two crucial tweaks for R21/MM. First, they found a way to increase the ratio of malaria protein to hepatitis protein on the nanosphere’s surface. “That gets you more antibodies,” explains Jenner Institute director Adrian Hill, “and you’re not competing so much with hepatitis B for induction of an immune response.” Second, they used a new adjuvant — an ingredient that boosts immune response — that triggers fewer side effects.

Another potential advantage: Because R21/MM requires lower dosages than Mosquirix, and its adjuvant is simpler to manufacture, it can be produced more efficiently and at lower cost. Oxford is partnering with Serum Institute of India, the world’s largest vaccine manufacturer, which has pledged to churn out at least 200 million doses annually.

Prior malaria vaccine trials, like this 2019 pilot program in Malawi, have sought to eradicate the deadly disease. (Credit: Amos Gumulira/AFP via Getty Images)

In places where malaria is endemic, the impact of an effective vaccine — or two — could go beyond reduced mortality. Although patients may develop partial immunity after repeated exposures, children often suffer several severe episodes a year. “Every time a kid gets sent down with malaria,” Sorgho says, “the mom or dad has to stop work and care for him. The kid is not going to school. The losses are huge.”

The Oxford team launched a pivotal phase-3 trial in summer 2021, enrolling 4,800 children in Burkina Faso, Mali, Kenya and Tanzania. If all goes as hoped, results could be submitted to regulators in late 2022.