In 1920s Chicago, forensic pathologists were overworked and taking shortcuts. Today they face a similar problem amid a nationwide opioid epidemic. 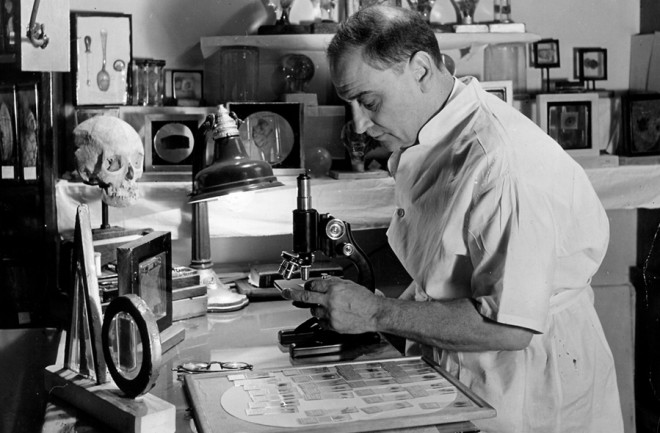 Ninety-five days separated her from the gallows. It was 1923. Sabella Nitti was convicted of killing her husband, becoming the first woman in Chicago sentenced to die. The method would be hanging.

A badly decomposed body found in a suburban sewer was Nitti’s missing husband, Francesco, prosecutors said. No evidence linked Nitti to the crime scene, and there appeared to be no motive. But Nitti’s oldest son had his own motives; after Francesco went missing, the son swooped in and claimed the meager estate for himself. Nitti pushed back in probate court, and the son was ordered to repay his mother $800. On the witness stand, the son defiantly identified the corpse as his father and named his mother as the killer.

Edward Hatton, a forensic pathologist from the local coroner's office, testified at the trial, but he offered the jury no clarity. Hatton speculated that the person died from a blow to the head, though he was not sure if the trauma happened months or years ago. His examination of the body was brief, and prosecutors used his vague testimony to support their case during closing arguments.

Hatton’s quick appraisal was typical of forensic pathologists in 1920s Chicago. He was one of only six covering all of Cook County, which had a population of over 3 million in 1920. Their extreme workload often meant short, hasty autopsies. It’s a situation that may be repeating in coroner’s offices across the United States, made worse in some regions by skyrocketing overdose deaths.

Sabella Nitti is shown with one of her daughters shortly after her arrest in 1923 on charges of murder. Her sensational trial was the talk of Chicago, and exposed problems in the Cook County coroner’s office. Courtesy of Emilie le Beau Lucchesi

In the late 1920s, Hatton, perhaps out of guilt, went public on the failures of the Cook County coroner’s office. He wrote articles in medical journals and spoke at conferences, divulging how the office valued speed over accuracy. Years went by without a completed autopsy, he said. The physicians typically guessed at the cause of death, and when they cut into a corpse, they were quick and sloppy.

The doctors weren’t incompetent or indifferent; they were busy. Along with the demand of performing autopsies for a populous county, several were also employed as professors at local universities. Hatton was a professor of pathology at Northwestern University’s dental school. Adding to the workload, the county coroner — leader of the office — insisted the doctors publish in medical journals to raise the office’s prestige.

Reforms to the coroner system seemed imminent, at least for a while. When Hatton went public, the newly formed Illinois Association for Criminal Justice was already recommending significant changes to county coroner’s offices throughout the state. For example, counties should not force urban doctors to trek to suburban crime scenes. And more support staff was needed to handle administrative tasks.

The association also joined a nationwide movement pushing for the end of what was considered an archaic coroner system. Even though the county coroner signed death certificates and determined whether a crime occurred, the coroner was not required to be a doctor. Reformers wanted an M.D. at the helm, and they argued for replacing the elected coroner with an appointed physician, called a medical examiner.

The reforms and physician-in-charge structure never fully caught on, however. Although some offices adopted the new system, many others did not. In Chicago’s Cook County, a voter referendum in 1972 established the medical examiner’s office. It remains the only county in Illinois to make the switch.

But does it matter if an elected official or a physician leads a forensic pathology office? Doctors within either management structure today are overworked, just like their counterparts in 1920s Chicago.

“There are 500 [forensic pathologists] in the country,” says Brian Peterson, former president of the National Association of Medical Examiners and chief medical examiner at the Milwaukee County Medical Examiner’s Office. “The need is triple and growing.”

A state audit in Massachusetts from 2013 to 2016 revealed that forensic pathologists struggle to keep up with demand. Their job spills into administrative tasks, such as obtaining police and medical records, and they are expected to address five outstanding cases each month that require additional testing or investigation. During the audit, 28 percent of cases requiring a toxicology report were not completed within a 90-day time frame. After the report was finished, finalizing the autopsy report averaged 164 days.

To help solve a staffing shortfall, the Wayne County Medical Examiner’s Office in Detroit partnered with the pathology department at the University of Michigan. Fellows and students interested in the specialty work and train at the office alongside forensic pathologists. Kelly Root/University of Michigan

“Families are waiting longer to get death certificates,” says Barry Logan, executive director of the Center for Forensic Science Research and Education. “That impacts the family emotionally, but also hinders their ability to settle their estates and claim insurance benefits.”

Budget limitations are partly responsible for the doctor shortage. Forensic pathologists are paid by the state or county, which usually doesn’t have the funds to match physician salaries in other fields. For example, dermatologists typically earn around $400,000 a year, while forensic pathologists average about $205,000. Once you consider student debt, it’s no surprise that few young physicians consider the specialty. A medical student graduates with an average tuition debt of $180,000, not including undergraduate student loans and living expenses. Loan forgiveness and higher salaries for new forensic pathologists might help the situation, Logan says. So might offering more visas to attract practitioners in other countries.

As it stands, about 25 people each year apply for 75 postgraduate fellowships in forensic pathology. “That won’t keep up with death, retirement, people leaving the field,” Peterson says. “It’s a crisis.”

The situation could get worse for many offices. Fatal drug overdoses have tripled in the U.S. in the past 15 years, with 64,000 in 2016. About half were related to opioids, according to the National Center for Health Statistics.

“We’re facing a mortality crisis this country hasn’t seen before,” Peterson says. “Per year, we’re exceeding the deaths of the Vietnam War, the AIDS crisis.”

The heavy workloads inevitably lead to some hasty autopsies and reports. Many offices are taking shortcuts in suspected overdose cases by relying on toxicology tests rather than performing time-consuming autopsies, Peterson says. Toxicology tests fail to detect drugs in about 20 percent of cases, according to the Centers for Disease Control and Prevention.

In Nitti’s trial, Hatton’s quick examination of the decayed body almost literally had deadly consequences. Fortunately, the high-profile case caught the attention of defense attorneys, who appealed to the Illinois Supreme Court. In 1924, the high court ordered a new trial and excluded all of the first trial’s evidence — including the sketchy accusations from Nitti’s son and Hatton’s sloppy observations.

The prosecution’s case fell apart. Today, many defendants in cases impacted by a coroner’s report and testimony might not be so lucky.