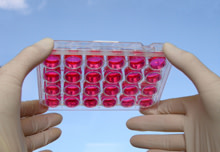 Even after people struggling with infertility have found a happy ending with in vitro fertilization, another complicated dilemma remains: what to do with extra fertilized embryos created during treatment. A new study found that more than 400,000 of these embryos are currently chilling in the freezers of fertility clinics around the country; while some of those are being stored for women who want more children, many others are being kept on ice because women have qualms about disposing of them. And while some women are willing to donate their embryos to research, that option frequently isn't offered. Ethical and personal considerations have led some people to a stalemate.

For nearly 15 years, Kim and Walt Best have been paying about $200 a year to keep nine embryos stored in a freezer at a fertility clinic at Duke University — embryos that they no longer need, because they are finished having children but that Ms. Best cannot bear to destroy, donate for research or give away to another couple.... “There is no easy answer,” said Ms. Best, a nurse. “I can’t look at my twins and not wonder sometimes what the other nine would be like" [The New York Times].

In the study, published in the journal Fertility and Sterility [subscription required], researcher Anne Drapkin Lyerly surveyed over 1,000 fertility patients and found widespread dissatisfaction with the options offered regarding the extra embryos. In one surprising result, more than half of the women said they were "very unlikely" to donate the embryos to another couple trying to have a baby.

"If you look at the policy debate and the discussion in the literature, there is a presumption that if you respect or care about an embryo, you would want it to become a child," Lyerly says. But, she says, patients apparently feel responsible for the care of the children resulting from their embryos [USA Today].

Women who don't want to donate their embryos but who feel a personal or moral obligation to the tiny clumps of cells should be given other options, the study suggested.

Two such options that are rarely discussed or offered involve implanting the leftover embryos in the woman's uterus during a time when she is unlikely to become pregnant or allowing a couple to have a ritual disposal ceremony of the embryos. "These may be the answers to many patients' desires as they allow the embryos to pass in a way that seems more respectful to them" [Los Angeles Times]

, Lyerly said. Meanwhile, women who are willing to donate their embryos to research on embryonic stem cells are often stymied, as many fertility clinics don't offer that option. Strict federal regulations regarding embryonic stem cell research mean that no federally funded researchers can accept embryos from clinics:

“Every week I hear from patients who want to donate embryos for stem cell research, but there’s virtually nowhere to send them (the embryos),” [said] Sean Tipton, a spokesman for the American Society for Reproductive Medicine [Wall Street Journal blog].

HealthNIH Director on Human Gene Editing: 'We Must Never Allow our Technology to Eclipse our Humanity'
Recommendations From Our Store