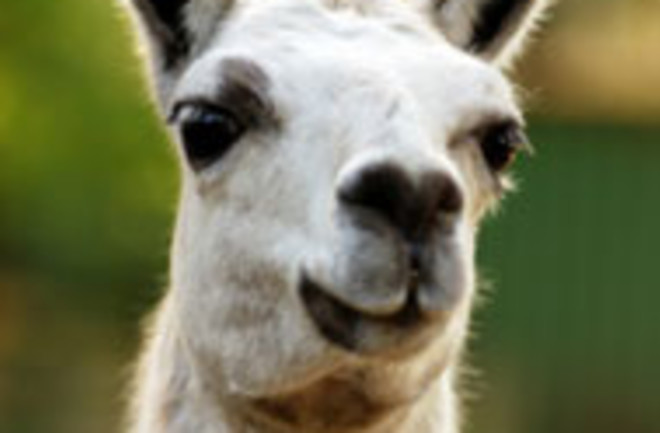 Could the next breakthrough in treatment for diseases from cancer to Alzheimer's to rheumatoid arthritis lie with a four-legged, furry creature with a penchant for spitting and biting? Improbably, the answer is yes. Scientists have discovered that the llama, a South American relative of the camel, possesses antibodies that are uniquely tiny—around 90 percent smaller, in fact, than the antibodies of humans. With these tiny sentinels guarding their immune systems, the fuzzy creatures are far better at targeting invading bacteria and viruses. Cue the medical researchers, who are pouncing on this newfound revelation to work on new and better treatments for a host of debilitating and/or fatal diseases. As Popular Sciencepoints out, the mini-antibodies could also mean improvements in the delivery of vaccines (we could use inhalers rather than all those painful, messy, and potentially hazardous needles) and could save money in production costs, since the tinier antibodies can be grown using bacteria rather than the more expensive mammalian cells used to produce human antibodies. Now if we could just find a way to do something about all that spitting... Related: Disco: Want More Milk? Then Name Your Cows Disco: The Curious Case of the Immortal Jellyfish Disco: Worm Glue May Hold the Key to Fixing Broken Bones Image: iStockPhoto