It’s encouraged in some cultures but maligned in others, but research comes down on the slurping side 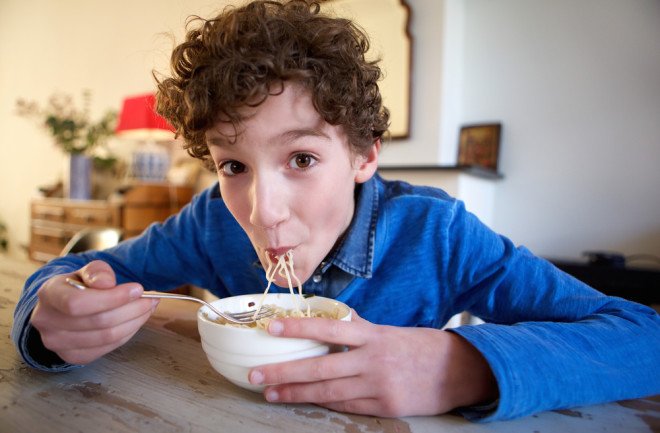 Slurping noodles or soup can offend the sensibilities of westerners at the dinner table. On the other hand, slurping noodles is a polite way to demonstrate your appreciation of a dish for many Asians, who see the sounds as a way of complementing the chef.

“The idea there is that it shows that the noodles are so good that I can’t wait till they cool down,” says Josef Youssef, the founder and chef of Kitchen Theory, a design studio that curates chef’s tables, press launches and branded events.

Plus, many insist, slurping makes food taste better. While nobody is ever going to win the argument on what constitutes good table manners, science comes down on the slurpy side, revealing that it really does taste better.

“Research indicated that slurping in some ways improves the enjoyment of the experience,” says Youssef. Kitchen Theory likes to focus on the intersection of food, psychology and the five senses — “the emotional side of food,” as Youssef puts it. “Nowadays more than ever there’s been such a surging interest in multisensory flavor perception.”

Youssef and Charles Spence from the University of Oxford fed 207 western participants vegetable-flavored soups. They gave them the same soup in mugs or bowls with spoon, and at two different temperatures. The participants were told to sip, rate the soup, then slurp and rate it.

The researchers found that participants, who were preferred the soup when served in a mug compared to a bowl, and the flavor was fuller when slurping. “The results revealed that the soup was rated as having a significantly more intense flavor when it was slurped rather than sipped, though the participants also felt a little more self-conscious,” the authors of the study published in the International Journal of Gastronomy and Food Science said.

Part of the reason why the people surveyed may found the flavor of slurped soup richer may be due to the idea that food appreciation isn’t just about taste, but all five senses.

Taste is a limited sense — our taste buds are really only capable of picking up on bitterness, sweetness, saltiness, sourness and umami found in many cooked meats. What most people think of our taste is really more often our sense of smell — it’s aroma that picks up on whether flavors contain citrus or smoke, for example.

“Our sense of smell is there to tell us how delicious foods might be,” Youssef says.

Sight also plays a big role in your table experience — think of the way a properly laid out plate looks compared to a slop of cafeteria food splashed onto your dish. Sound plays a role as well, whether it’s the aforementioned “slop” sound or the crisp sound of biting an apple.

Sound also intersects with feeling in many cases when experienced in your mouth. Slurping might improve your culinary experience by working on both the squeaky or bubbling sound and the texture of noodles shooting through your lips.

“It’s important that we take note of our senses,” Youssef says.

But the increased flavor of slurping might also be related to other factors. By slurping, you may be drawing more oxygen into your mouth, which could subtly change the flavor of the soup. Wine tasters often draw in air when sipping, as it can alter the flavor experienced. With noodles, the process of slurping a noodle from beginning to end also extends the experience compared to stuffing a roll of noodles wrapped around your fork into your mouth all at once.

Slurping may also allow you to ingest soup at a higher temperature, which can also subtly affect the flavor or even the viscosity of the liquid.

Researching something that seems so subjective as taste draws some skepticism. “We take these things for granted because when we’re eating and drinking, they are such primal things,” Youssef says. But he believes there are real world applications to better understanding what can improve your eating experience.

The cheap dishes, trays and cutlery often used at cafeterias in hospitals, schools or senior homes might play a role in making food less appetizing for vulnerable people that might be a lot healthier if they could be induced to eat more.

“You wouldn’t go into a restaurant and be served on that kind of quality of crockery and cutlery, but we deem it appropriate to serve in hospital and schools,” Youssef says.

The research could also help people who lose their sense of smell or taste to find new enjoyment in food — COVID-19 can result in a loss of smell while chemotherapy can also affect taste.

It can also help parents deal with difficult children. “Could you get kids to eat healthier soups if you allowed them to slurp their soup?” Youssef wonders. In fact, he would love to see parents let their children play with their food more. Getting familiar with the way it looks, smells or feels is a good way to get them comfortable with eating something unfamiliar. It’s like a biological adaptation — animals certainly do it.

“We’re sensory beings,” Youssef says, adding that even adults will often smell or poke food with their forks when Kitchen Theory presents them with unfamiliar dishes. “Playing with your food is one of the most important things to encourage kids to do.”

The influx of pho or ramen restaurants in western countries has also resulted in a softening towards the old taboo of making too much noise when you eat—people’s attitudes toward slurping is changing.

“Those in-the-know know that you should be slurping your noodles,” Youssef says.