The decades-old classification system for the study of sex may still have value, but new frameworks offer more. 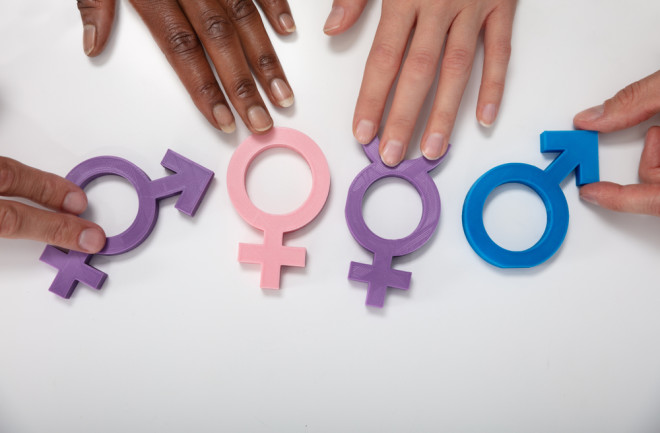 Alfred Kinsey’s imprint on the world of sexuality has — and continues to — inspire criticism, fascination, even outrage. It’s a captivating legacy for a man who spent the first half of his career studying the gall wasp.

Depending whom you ask, Kinsey — the creator of the Kinsey Scale of sexual behavior along a continuum — either ignited a radically progressive understanding of human sexuality; created a scale that doesn’t come close to encapsulating the range of human sexuality; or even, according to one critic, “spent his lifetime ripping down the institution of the family.”

First published in 1948, Kinsey’s eponymous scale classified people according to their degree of attraction or sexual behavior toward the same or other sex: 0 being “exclusively heterosexual” and 6 being “exclusively homosexual” — with a big swath of gray in between. But for the first time, scientific inquiry had acknowledged that there weren’t just two options.

And though it’s unlikely that a visit to a therapist will earn you a number on the Kinsey Scale today, the legacy of Kinsey lives on in new models of sexuality. But they've outgrown him, too. Professionals and researchers say that sexuality is tied up with many other factors — and isn’t necessarily a point on a straight line. Today’s understanding still relies on so much of what Kinsey described, but adds so much more.

One thing is undisputed: Kinsey’s work was unlike anything his world had ever seen before. In the 1940s, homosexuality was considered a felony in every state because of what were called “sodomy laws.” It wouldn’t be until 1962 that the first state changed that. It wasn’t until 1973 that the bible of psychiatry, the Diagnostic and Statistical Manual (DSM), removed “homosexuality” from its list of diagnoses.

“It's been just enough decades now that it's hard for people who were born since 1980 to understand the world in which the Kinsey Reports dropped kind of a bomb,” says Carol Queen, a sociologist, educator, co-founder of the nonprofit Center for Sex & Culture and staff sexologist at Good Vibrations.

Kinsey and his team meticulously collected the accounts of over 11,000 people and their sexual behavior in one-on-one interviews. He ran statistical analyses based on his methodical data collection. Some of his methods have been called into question — such as his omission of sample data from non-white people — and others would have been unheard of today.

Exactly what happened, and whether it should serve to discredit some of his research, is hard to verify today, but accounts include his correspondence with a pedophile to collect descriptions of child sexual behavior, or encouraging and filming sexual relationships between his staff.

Kinsey found that 37 percent of men had had a same-sex sexual experience by age 45. Women, too, turned out to be sexual beings with same and different-gender attraction and behavior — 13 percent had had a same-sex experience. The Human Female report caused such a backlash that Kinsey’s funding from the Rockefeller Foundation was cut. The scale’s function, when it first appeared in Sexual Behavior in the Human Male, was as a way to visualize the information in the text.

“That somebody doesn't have to be only one sexual orientation, that's super basic now, right?” says Queen. “It was not super basic back then ... Your life could be destroyed if you were discovered to be homosexual, and plenty of people's were.”

Where the Scale is Off

Current scholars of sex and sexuality don’t deny the Kinsey Scale’s place in history, but can easily identify its blind spots today. “The Kinsey scale ... served a really important purpose in moving the field forward at a time when people thought about sexuality in a simplistic, binary, two-categories kind of way,” says Brian Feinstein, an associate professor of psychology at Rosalind Franklin University, whose research focuses on bisexuality and sexual and gender minority health. “But I think at this point that it is largely kind of outdated, and I don't think it's sufficiently nuanced to capture the complexity of sexual orientation and sexuality.”

For one, Kinsey’s scale sits along a single axis: it’s a line, and implies that the more one is attracted to one sex, the less attraction there is to the other. “We now know that that's not really the case. You can be very attracted to both sexes or not attracted to either sex,” says Brendan Zeitch, an associate professor at the University of Queensland’s School of Psychology, who has studied the genetics of human sexuality. “It doesn't really capture the full range of what's going on.”

Then there are factors of sexuality that Kinsey conflated, but that don’t always overlap. Sexual attraction — to whom you’re attracted — and sexual behavior — how you actually behave — don’t always agree, but Kinsey lumped the two together on his scale, which ostensibly is a measure of both combined. Kinsey also excluded sexual identity — how one labels oneself — which is now considered a third layer altogether.

For example, today one might identify as “gay” in a same-sex relationship simply out of convenience, even if they feel attraction to other sexes besides their own. Or one might feel attracted to the same sex but have never acted on it, and meanwhile, label themselves as “straight.” In these scenarios, sexual behavior, sexual identity and sexual attraction don’t match up.

There are also problems when it comes to the limiting framework of binary sex within which the scale sits. The scientific community understands sex itself as more than just a set of XX or XY chromosomes. If it were as simple as that, intersex people would not exist. Gender may not line up with a given sex, further complicating Kinsey’s neat scale.

Today, it’s generally understood that sexuality exists in shades of gray, but modern frameworks go beyond the single-line continuum Kinsey provided toward a concept of sexuality that contains much more. New tools have emerged in the years since his breakthrough.

One is called the Storms Sexuality Axis from 1980, which expands Kinsey’s concept to a two-axis scale that accounts for attraction to same or opposite sexes, but also levels of “asexuality” and “bisexuality,” thus partially accounting for what Kinsey overlooked.

Moshe Rozdzial is a psychotherapist and sex therapist at GLOW counseling in Denver, with a focus on LGBTQ+ issues. He says that one newer tool he works with is the Klein Grid, conceived by Fritz Klein in 1978, who went on to found the American Institute of Bisexuality. The tool encompasses numbered scales for sexual attraction and behavior, but also incorporates social relationships, sexual identity, and lifestyle among other factors in the past, present and future.

Rozdzial says he uses the Klein scale to help clients understand themselves better, and there’s no limit on even the seven factors Klein included. He’ll add questions of his own, on politics, for example. “Nobody's watching over my shoulder and saying, ‘oh, you can't add anything to this,’” he says. “It's just the starting point of ... a conversation about how each person is intersectional in all the ways of their existence, including their sexuality and their sexual orientation and attraction.”

Tools and Labels Have Their Uses

One might wonder why today, with our quickly evolving tapestry of sexual alignments, we’d need tools of this kind to begin with. Haven’t we moved beyond graphs and charts?

Queen says that identifying with a word to describe one’s identity allows people to find community. “For so many of us who didn't feel safe ... finding our people has been lifesaving,” she says. “And the Kinsey Scale helped us think in those terms, even if we're doing it this year, where there are forty sexual orientations that the name for didn't exist back then.”

According to Feinstein, we can use tools like these today to, in part, help identify problems like health disparities and fix them. “Being able to capture a person's sexual orientation in a way that is sort of concrete, and being able to collect that data, ultimately ends up informing the research that goes into helping to promote policies that are more equitable,” he says. Research on sexuality can contribute to issues like marriage equality or HIV treatment, he adds.

For others, the Kinsey Scale serves to remind us of the many things we still do not know. “The Kinsey Scale is basic, but it does a good job of teaching us and reminding us [of] that Shakespeare quote: 'there are more things in heaven and earth, Horatio, than are dreamt of in your philosophy,'” Sylla says. “We live in very exciting times with increasing knowledge and acceptance of diversity, and more freedom to explore our potential.”