Is poker a game of skill or chance? 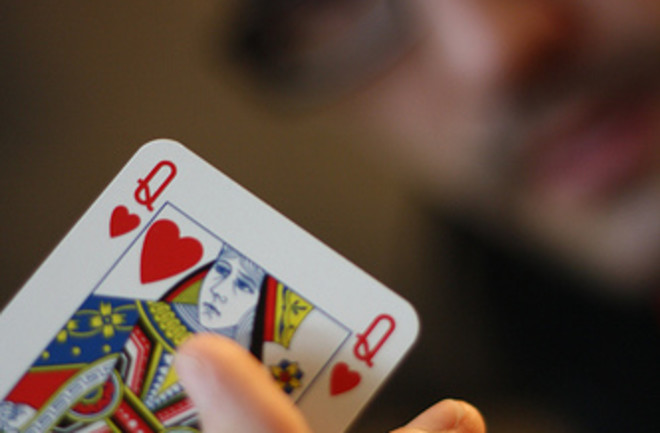 Photo: flickr/Ulf LiljankoskiCan you really get better at poker? How much skill does it take to win? In this 'quasi-experimental' study, the researchers set out to answer these questions. To do this, they had both expert and novice poker players sit down to fixed games, receiving prearranged card hands. This allowed the authors to test whether skill or chance could predict the outcome of the game. The results revealed that although the cards dealt pretty much predicted the winner, skill was important for reducing losses when players are dealt a bad hand. So, if you are a beginner, you'd better have beginner's luck or you might be broke by the end of the game.Is poker a game of skill or chance? A quasi-experimental study. "Due to intensive marketing and the rapid growth of online gambling, poker currently enjoys great popularity among large sections of the population. Although poker is legally a game of chance in most countries, some (particularly operators of private poker web sites) argue that it should be regarded as a game of skill or sport because the outcome of the game primarily depends on individual aptitude and skill. The available findings indicate that skill plays a meaningful role; however, serious methodological weaknesses and the absence of reliable information regarding the relative importance of chance and skill considerably limit the validity of extant research. Adopting a quasi-experimental approach, the present study examined the extent to which the influence of poker playing skill was more important than card distribution. Three average players and three experts sat down at a six-player table and played 60 computer-based hands of the poker variant "Texas Hold'em" for money. In each hand, one of the average players and one expert received (a) better-than-average cards (winner's box), (b) average cards (neutral box) and (c) worse-than-average cards (loser's box). The standardized manipulation of the card distribution controlled the factor of chance to determine differences in performance between the average and expert groups. Overall, 150 individuals participated in a "fixed-limit" game variant, and 150 individuals participated in a "no-limit" game variant. ANOVA results showed that experts did not outperform average players in terms of final cash balance. Rather, card distribution was the decisive factor for successful poker playing. However, expert players were better able to minimize losses when confronted with disadvantageous conditions (i.e., worse-than-average cards). No significant differences were observed between the game variants. Furthermore, supplementary analyses confirm differential game-related actions dependent on the card distribution, player status, and game variant. In conclusion, the study findings indicate that poker should be regarded as a game of chance, at least under certain basic conditions, and suggest new directions for further research."