Milk and dairy might not be doing your body much good after all. 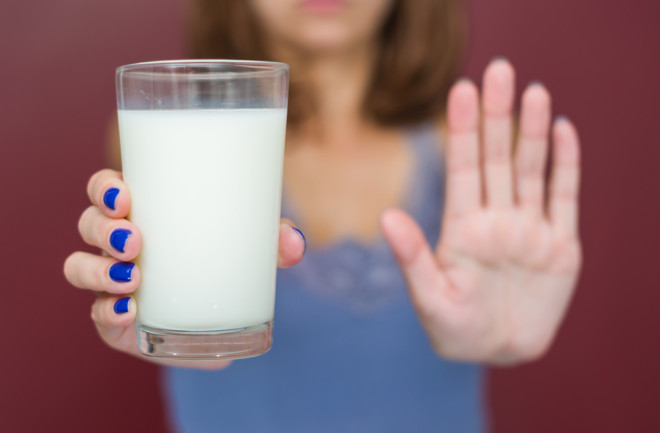 If you grew up in the 1990s and 2000s, you couldn’t turn on the TV or open a magazine without seeing these two words: Got milk? And let’s not forget about the milk mustaches. Even supermodel Gisele Bündchen donned one in this 2001 ad, posing with a glass of milk in hand, next to floating text that reads: “Want strong bones? Your bones grow until about age 35 and the calcium in milk helps. After that, it helps keep them strong. Which means milk is always in fashion. Got milk?”

The iconic campaign was created for the California Milk Processor Board and was later licensed to other players in the dairy industry. But times have changed, and the public’s attitude toward milk has soured. You’ve surely heard claims that cow's milk is unnatural to drink (especially beyond childhood), or that milk consumption actually does more damage than good. But are any of these true? While the answer is likely somewhere in the middle of these two extremes, milk is probably not the health superfood it was once made out to be.

“What are the unique nutrients that dairy has that nothing else has? Nothing,” says Christopher Gardner, a professor and nutrition researcher from the Stanford Prevention Research Center. “It is true calcium is easier to get from milk than just about anything else. That is totally true. But you can get calcium from lots of other things.” And while not everyone should rush to dump their dairy, there are risks that come from drinking milk excessively.

What We’ve Been Told About Milk

Milk, as we’ve heard over and over, is a good source of calcium, as well as protein and other nutrients like vitamin D and potassium. Its main champion? The federal government. As early as the 1940s, milk was touted as a guaranteed path to strength, health and happiness. A poster from the Works Progress Administration era, commissioned by the government to promote milk, shows a grinning couple, dressed in white, playing tennis and golf alongside the slogan “Milk: For Health, Good Teeth, Vitality, Endurance, Strong Bones.”

Dairy is still featured prominently on the government’s “My Plate” guide, in the corner above a circle neatly divided into four food groups. Even today, the U.S. Department of Agriculture (USDA) and the Department of Health and Human Services says in their dietary guidelines that dairy, especially milk, is an essential part of daily meals. Americans are told that drinking three glasses of milk a day is the best way to meet their calcium requirements. But ultimately, it’s a little more complicated than that.

Let’s start with bone health. Evidence shows that drinking milk does increase height in children. After all, dairy milk is designed to help baby cows grow rapidly, says David Ludwig, an endocrinologist at Harvard T.H. Chan School of Public Health. “Its evolutionary purpose is to drive fast growth in grazing animals that are at risk for predation,” he says. “So if you were a buffalo on the grasslands, a baby buffalo, you'd want to grow as fast as possible so as to not be eaten by a lion.”

But according to a recent review from Ludwig and Harvard University endocrinologist Walter Willett in the New England Journal of Medicine, milk may not be the magic bullet for strong bones as once thought. In fact, countries that tend to consume the highest amounts of milk and calcium also have the highest rates of hip fractures. This doesn’t necessarily mean that the milk caused their fractures, but the fact that many low-dairy populations do not suffer from high rates of fracture might help put milk consumption in perspective.

Height is also a risk factor for fractures, Ludwig added. “For every additional serving a day of milk, a kid will grow maybe an extra centimeter of final adult height,” he says. “And tall stature is one of the greatest risks for bone fractures. The bigger they come, the harder they fall," he says. So although milk might be helping kids get taller, those longer bones may be more likely to break.

The researchers concluded that while milk contains essential nutrients for humans, those nutrients can all be found elsewhere. In their work, they also opposed the government recommendation — three servings a day of milk and other dairy products — which they say is too high.

Milk also might not seem like an essential part of diets if rates of lactose intolerance are considered. According to a 2017 estimate, approximately 36 percent of Americans can’t digest lactose, a sugar found in dairy products. Not everyone will experience the full range of symptoms, but lactose intolerance often causes bloating, discomfort, and stomach pain.

And if you look outside the U.S., rates of lactose intolerance are even higher. Up to 65 percent of the world’s population is unable to digest lactose, largely because their ancestors didn’t evolve the genes that allow them to digest it into their adult years. “[Milk and dairy] is pretty much a Northern European tradition,” says Willett. “There are some nomadic [people] like Mongolian or Maasai that do drink milk, but most of the world's population does not consume milk after infancy.”

Of course, there are lactose-free milk products available, and the USDA has now expanded their dairy recommendations to include fortified soy products. Equally acceptable, experts say, are other sources of calcium and protein that aren’t milk. Fortified plant milks are optional, says Ludwig and Susan Levin, the director of nutrition education for the Physicians Committee for Responsible Medicine (PCRM), an organization that advocates for plant-based diets and animal rights. Because their contents can vary, it’s important to check them for added sugars and nutrition content.

And though experts like Levin and Willett note that nutrients in plant-based milks, like calcium, are often comparable to those in dairy milk, there’s nothing special about milk beverages in general. Harvard’s Nutrition Source recommends calcium sources such as fortified orange juice, winter squash, edamame, tofu, and leafy greens.

Prostate and Other Cancers

When it comes to more serious risks connected with drinking cow's milk, it’s worth proceeding with caution. Some studies indicate that dairy consumption, including whole milk, is closely linked with rates of prostate cancer, as Willett and Ludwig noted in their review. Dairy consumption was also associated with endometrial cancer, especially in older women not receiving post-menopause hormone therapy.

Much of the concern around milk revolves around the growth hormones it contains, most of which occur naturally because it comes from a lactating female cow. “Cancers are a disease of abnormal growth,” says Ludwig. “But the consequences of that growth-stimulating effect with long-term consumption [of milk] in humans is unclear. And one possibility is that it could increase the risk for cancer.” He emphasized that the link is not clearly proven and highlighted the need for more research.

Even less definitive is the much-debated link between cow's milk and breast cancer, as well as other cancers. Research has been mixed, and the quality of studies that deal with life-threatening, long-term diseases like cancer are often limited by the time constraints of traditional studies.

U.S. dietary recommendations promote choosing reduced- or low-fat milk products over full-fat varieties, which contain more saturated fat and sodium — both risk factors for heart disease and other problems. When it comes to the actual cardiovascular benefits or risks of milk products, the research isn’t so clear cut. According to the review from Ludwig and Willett, studies connecting low-fat milk with reduced blood pressure have been inconsistent, and neither whole or low-fat milk has been clearly linked to heart disease or stroke.

Willett says drinking three glasses of full-fat milk a day would probably add too much saturated fat to a diet. But he says three glasses of any type of milk is probably too much in the first place. Ludwig also says that it’s important to consider what else is being consumed with milk. For instance, drinking low-fat milk might actually leave children feeling less full at mealtime, causing them to compensate with more of other foods.

“Instead of the traditional glass of milk and one or two cookies that kids might have eaten in the 60s, now they drink the fat-free milk — which may be a sweetened variety like chocolate or strawberry milk — with four or five cookies to go along with it,” he says. “That's a potentially very bad trade-off for body weight, for cardiovascular disease risk factors, and for chronic disease.”

He says more research is needed to draw conclusions between milks of varying fat levels and any potential role they play in heart or blood pressure issues.

A letter from the PCRM to the USDA and the Department of Health and Human Services argues that current dairy recommendations of three servings a day are far from being applicable to all Americans. The letter urged the agencies to update recommendations because "dairy products are not only unnecessary, but are likely to take a disproportionate health toll among persons of color."

The letter also connected dairy with high rates of prostate cancer. Levin, who works for the PCRM, says that “unfortunately, African American men have the highest prostate cancer risk in any American demographic group, which makes this, again, a racial issue.” The letter also cited concerns over other cancers, asthma, and fat and cholesterol.

At least one study has suggested that a gene that promotes calcium absorption and is found more often in populations of African origin could be contributing to disparities in prostate cancer. Others have explored the link between dairy and prostate cancer, but the link is far from yet definitive. Racial disparities in healthcare access could contribute to varying rates of cancer.

Canada’s dietary recommendations, which both Levin and Gardner cite as a better model, lists dairy as one of many sources of protein, and make water the “beverage of choice.” Gardner and Levin say the U.S. dietary guidelines are heavily influenced by agricultural and private interests. The Diabetes Guide to Foods of African Heritage limits dairy almost as much as sweets. My Native Plate, an initiative from the Indian Health Service, largely cuts dairy out in recommendations for people of Native American descent.

When it comes to incorporating cow's milk, it’s important to consider the context. As Gardner puts it, “people don't just drink dairy alone. They drink dairy instead of something, or with something. They eat cheese instead of something, with something.” For example, while someone who replaces sugary drinks with milk might be making a healthy choice, another person who already has a balanced, nutrient-rich diet and adds milk to it may not experience any added benefit.

That’s why plant-based milks, much like dairy milk, are optional. Since dietary calcium can come from leafy greens, soy and other foods, “if you wanted to switch to plant milk … you'd be better eating the almonds than the almond milk, you'd be better eating the cashews than the cashew milk. But people are buying this to pour on their cereal, because they grew up putting a white thing on a breakfast grain,” Gardner says. In other words, humans enjoy nutrients that come in some forms more than others, and are not necessarily concerned with what will give them their daily allotment.