Is It Ever Too Late to Start Being Healthy?

An early start makes it easier to form good health habits, but we can become healthy at any age. 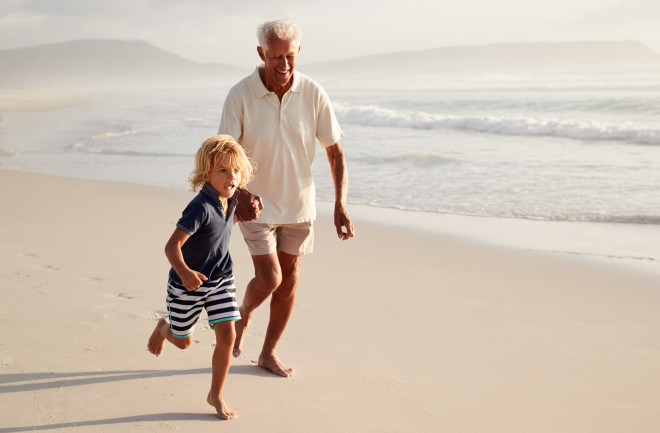 It's always best to start early, but we can better our health at any age. (Credit: Monkey Business Images/Shutterstock)

When it comes to healthy habits, we all know the drill: eat more fruits and vegetables, cut down on sugary foods and beverages and get active. But not everyone starts out living a healthy lifestyle, and for some, it might feel like they’re too far behind to get ahead. Do our health choices early on in life matter? And is it possible to catch up if we’ve fallen behind?

The answer to both questions, it turns out, is yes. Being healthy early on, especially as a child, will impact your health for the rest of your life — parents, take note. But even if you’re starting that diet or fitness regimen as an adult, it’s far better late than never. We can improve our health at any age.

The biggest reason to start early is simply that it’s easier to develop healthy habits as a child than as an adult. While changes to diet and level of physical activity will certainly improve your health as an adult, nutrition experts agree it is far easier to stay healthy later in life if you start with good habits from the very beginning.

The stakes are also high—an unhealthy diet and lack of physical activity can cause obesity and related chronic diseases such as type 2 diabetes and heart disease, which can be detrimental to long-term health and very difficult, or impossible, to reverse.

“Exposure to healthy foods early in life sets the stage for healthy eating,” says Catherine Forestall, associate professor of psychology at The College of William and Mary, who has studied the development of food preferences.

We start developing dietary preferences before we’re even born, Forestall says. By the third trimester of pregnancy, fetuses have developed senses of taste and smell, and the flavor of the amniotic fluid that surrounds the fetus reflects the foods mom is eating. After birth, breast milk can also carry flavors from what mom eats. Research suggests that babies will often have an affinity for the foods they were exposed to in these earliest stages of life, Forestall says.

By the time a child is two or three years old, they’ve pretty much established the dietary patterns they will carry with them for the rest of their lives, says Lauri Wright, assistant professor of nutrition at the University of North Florida and spokesperson for the Academy of Nutrition and Dietetics. It’s especially critical to establish an affinity for fruits and vegetables when parents start introducing solid foods, she says. Even if a child gets really picky around two years old (as happens with a lot of kids), they’ve already developed that foundation for healthy foods.

The first 1,000 days of a child’s life, from pregnancy to 2 years of age, is also a time of fundamental growth and development, says Jennifer Seymour, senior health scientist in the division of nutrition, physical activity and obesity at the Centers for Disease Control and Prevention. Proper nutrition is important for healthy development, including in the brain, creating a foundation for success later in life.

“Being healthy very early in life can give you this jumpstart,” says Seymour. “It really makes it that much easier to be healthy later in life."

Children who don’t start with healthy habits are likely to bring unhealthy habits with them into adulthood. That increases their risk for developing obesity, heart disease, type 2 diabetes, sleep apnea and more, Forestall says. Childhood obesity is a growing problem in the United States, affecting one in five children and adolescents, setting these kids up for a lifetime of health problems.

Even if you didn’t get that healthy start, it’s never too late to make changes that can improve your health, Seymour says.

A healthier diet and increased physical activity can help stymie the progression of heart disease and other chronic illnesses as well as improve overall health at any age, she says. Implementing healthy changes as an adult can also reduce your risk of developing these conditions in the first place. Dietary changes can lower LDL blood cholesterol, blood pressure and blood sugar — all precursors to heart disease.

“Making changes later in life can be more difficult when it comes to eating habits or exercise but it can definitely be done,” says Kristen Smith, a dietitian nutritionist at Piedmont Healthcare in Atlanta, Georgia, and a spokesperson for the Academy of Nutrition and Dietetics. “I think one of the biggest mistakes a lot of health care professionals make is they encourage people to give their diet an overhaul versus encouraging them to make small gradual changes.”

The key is to focus on lifestyle changes, rather than losing weight or fad dieting, Wright says. Smith and Wright recommend making one or two small, achievable dietary changes at a time, like gradually shifting from regular pasta to whole wheat pasta or gradually reducing the amount of sodium in your diet. Your taste palate reflects what you normally eat and it takes time to train yourself to  enjoy new foods, Wright says.

You also don’t have to hit the gym to get enough physical activity, Seymour, says. The best thing to do is find activities you enjoy, like going for walks with a friend or getting into dancing.

Making healthy choices can help you at any stage of your life. But the sooner you start making those lifestyle changes, the better.