Is Being Tall Hazardous to Your Health? 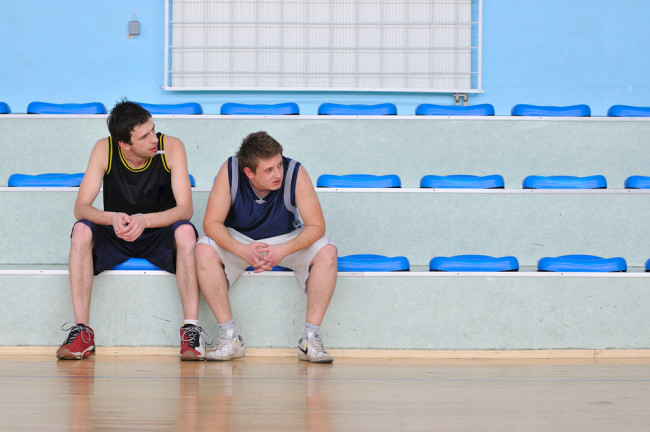 In many areas of life, tall people seem to get all the benefits. On average, they earn more money. They are more successful at work. Taller people are just more, er, highly regarded than their shorter counterparts

. But research is showing that short people might win out in one big way: they might be less prone to cancer, and even have longer lives, than tall people. Although the jury is still out on how much height affects longevity, it shows no signs of stopping our cultural preference for taller people.

between height and breast cancer in women as early as 1975. Many studies, however, have focused specifically on breast cancer. Other studies have looked at how height affects cancer risk at numerous sites, but they have failed to adequately control for variables that could be affected by height, notes epidemiologist Geoffrey Kabat at the Albert Einstein College of Medicine in the Bronx. Measuring the link between height and health variables, Kabat says, is much more complicated than determining someone’s height and seeing if they develop a particular disease. “You really want to make very sure that you have excluded the possibility that any association you find between height and cancer is not due to the interference of some sort of other factor,” Kabat said. For one, taller people tend to weigh more than shorter people, even if their BMI isn’t any higher. For another, poor nutrition and stress can stunt height growth, and higher calorie diets have been associated with increased height. And that doesn’t even begin to take into account the psychosocial variables like increased income, education, and socioeconomic status.

Kabat knew that if he was going to accurately assess the relationship between height and a variety of cancers found in women, he would need to account for these other variables, and have a large number of study participants. He used data from the 144,701 women enrolled in the Women’s Health Initiative study. WHI enrollment occurred between 1993 and 1998 at 40 clinical sites around the country. In Kabat’s study, the women averaged 12 years of follow-up. Even when controlling for things like body weight, BMI, and socioeconomic status, Kabat found a significant relationship between height and cancer at any site in the body. For each additional 10 cm (3.94 inches) of height, a woman had a 1.13 times greater overall cancer risk. The study was published in Cancer Epidemiology, Biomarkers, and Prevention

. Right now, Kabat has no clear explanation as to why. It could be that taller people produce more growth factors, which could potentially influence the development of cancer. Differences in diet and nutrient density of people who are taller could also play a role. A more pedestrian explanation is that taller people simply have more cells in their body, which could make cancer more likely simply because more cells have the chance to grow out of control. “It’s hard to study because growth takes place in childhood and adolescence, and cancer takes place four decades later,” Kabat said. These results shouldn’t cause undue worry in tall folks, Kabat says, especially since you can’t magically will yourself shorter. Quitting smoking, eating well, and getting proper exercise have all been shown to decrease cancer risk, he says, which are things people can do something about.

Cancer isn’t the only chronic disease with a relationship to height---scientists have also been examining how height affects risk of heart disease. One study examining cardiovascular disease risk and height in men found that men who were taller than 6' 1" (185 cm) had a 35% lower risk of having a heart attack

found that height was also associated with lower stroke risk. Taller people are, however, more likely to suffer from recurrent blood clots

. Data from the 1,691 women enrolled in the Iowa Women’s Health Study revealed that women taller than 5' 6" are 76% more likely to have a blood clot recur than women shorter than 5' 2".

But the big question is whether height is related to longevity. To scientist Thomas Samaras, the answer is a resounding yes. “In virtually every population I’ve looked in, short people live longer,” Samaras says. In 2012, Samaras and colleagues published a study in Biodemography and Social Biology

that found, of Sardinian solders who reached age 70, men shorter than 5' 4" lived two years longer than their taller counterparts. Samaras's research also indicates that shorter men in the US live longer: He and colleagues at the University of San Diego used Veterans Administrations hospital data on 373 men to show that shorter and lighter men lived longer than those who were taller and heavier

. These studies, while intriguing, provide associations rather than causations. And the science is still mixed---other studies have found the reverse relationship (taller individuals live longer

. Even Samaras acknowledges that height is only one factor contributing to overall longevity, and certainly not the strongest factor. Body weight, genes, education, economic status, smoking and drinking, social network and stress all play a role in longevity, he says. “We should stop worrying so much about whether our kids grow up tall; we should worry about whether they’re growing up healthy,” Samaras says. “It’s not just that you want to live to 100 or 200, it’s that you want to live well.” But, given our obsession with tall basketball players and tall supermodels, it’s unlikely that a small increase in cancer risk will stop us from looking up to these people and envying their heights---potential health risks be damned.Image by dotshock / Shutterstock