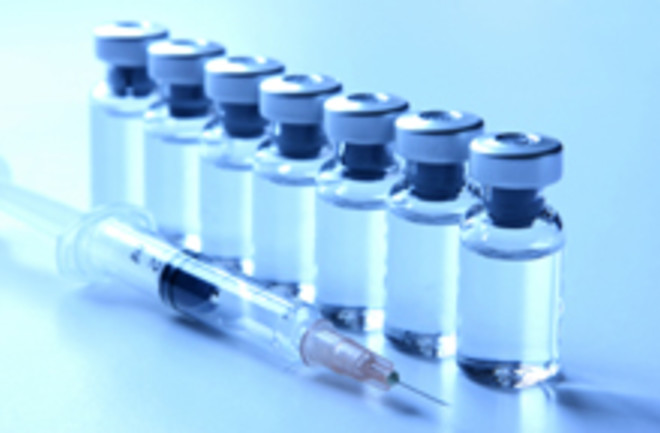 Yes, it's in the early stages of research. And yes, it's been tested only on mice. But the procedure developed by Vincent Tuohy and his team, billed as a preliminary breast cancer vaccine, has raised hopes once more that one day in the not-too-distant future such a procedure could be available for humans. In a study this month in Nature Medicine, Tuohy tested the vaccine on mice genetically engineered to be more cancer-prone. The ones that received the full vaccine, with a protein called a-lactalbumin, didn't develop breast cancer. All the others did.

Cancer presents a quandary that viruses don't in terms of developing vaccines, experts point out. While viruses are recognized as foreign invaders by the immune system, cancer isn't. Cancer is an over-development of the body's own cells. Trying to vaccinate against such cell over-growth would effectively be vaccinating against the recipient's own body, destroying healthy tissue [CBS News].

But the a-lactalbumin protein could be a marker that helps to get around that problem. It can be found in most cancerous breast tissue, and healthy women produce the protein only during lactation. The idea, then, is to use a-lactalbumin as an antigen—a molecule that attracts the attention of the immune system. Tuohy says the vaccine trains the body's immune system to recognize the a-lactalbumin protein as a threat, and prepares it to mount a response to the protein if it's encountered again. So the body's natural defenses don't strike haphazardly at healthy cells, but instead target only the cancerous cells that bear the protein. (Because women do produce the protein during lactation, Tuohy says such a procedure is intended for women who are past child-bearing age; they are at higher overall risk anyway.) Before medical research moves to human trials, though, the Food and Drug Administration typically requires testing on multiple animal species, so Tuohy says he would most likely test rats next.

The FDA has granted approval to two cancer-prevention vaccines: cervical and liver cancer. However, these vaccines target viruses, while the one tested by the Cleveland Clinic targets cancer formation. If any human testing proves successful, the strategy would be to vaccinate women 40 and over as well as younger women with a heightened risk of breast cancer [CNN].

Also, this spring the FDA approved

More From Discover
Health
What New Variants Of COVID-19 Are Currently Circulating?
Health
Here's Why Coronavirus Cases Are Surging in China
Health
How COVID-19 Developed in 2022 and What to Know for the Coming Year
Health
When You Should Get the COVID-19 Booster After Infection
The Sciences
The 10 Greatest Scientists of All Time
Planet Earth
What is Bird Flu, And Why is it So Severe This Year?
Recommendations From Our Store
My Science ShopDiscover STEM Kits
My Science ShopDiscover 2022 Calendar
My Science ShopStrange Science
My Science ShopElements Flashcards
Shop Now
Stay Curious
Join
Our List