In beetles, it's the female genitalia that need to be hard. 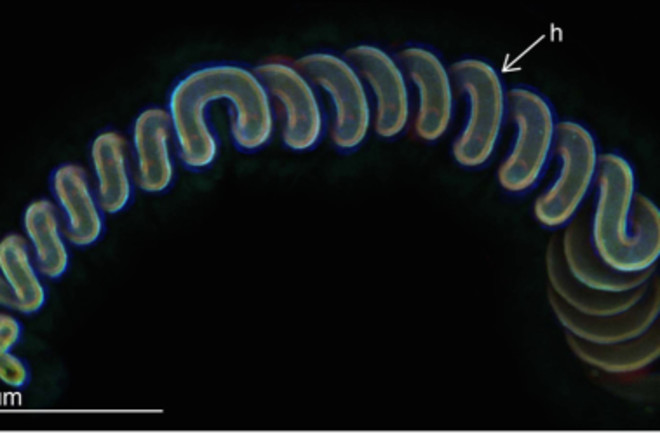 It's well known that human sperm have a long way to travel in the female body if they are going to fertilize an egg. But that's nothing compared to the tortuous path taken by the sperm of leaf beetles. Female leaf beetles have a spiral-shaped tube through which the sperm must travel, including turn reversals to make this maze even trickier (the "spermathecal duct"). So, how do these beetles ever get lucky? Well, according to this research, it's all about hardness... of the female! The female tubes are uniformly stiff, whereas the sperm are soft at the tip and gradually stiffen along their length, a combination that maximizes the sperm's speed through the tube. Sorry, ducks - looks like the corkscrew penis doesn't make you that unique after all!

Stiffness gradient of the beetle penis facilitates propulsion in the spiraled female spermathecal duct. "It is well known that sexual selection is the main driving force of substantial diversity of genitalia found in animals. However, how it facilitates the diversity is still largely unknown, because genital morpho/physical features and motions/functional morphology of the structures in sexual intercourse are not linked for the vast majority of organisms. Here we showed the presence of material gradient and numerically studied an effect of stiffness gradient of the beetle penis during its propulsion through the female duct. We found that stiffness gradient on the penis essentially affects its propulsion. Microscopic investigation suggests the possibility that the tip of the hyper-elongated penis is softer than the rest of it, and our numerical model confirms that this type of distribution of stiffness gradient aids in faster propulsion than other types. This result indicates that previously ignored physical properties of genital materials are of crucial importance in evolutionary studies of genitalia." Related content: Vacuum cleaner injury to penis: a common urologic problem?Insect fossil porn: Jurassic edition.Bonus double feature: Acute management of the zipper-entrapped penis.