This plant-based psychedelic could pave the road to recovery by easing withdrawal symptoms and cravings. 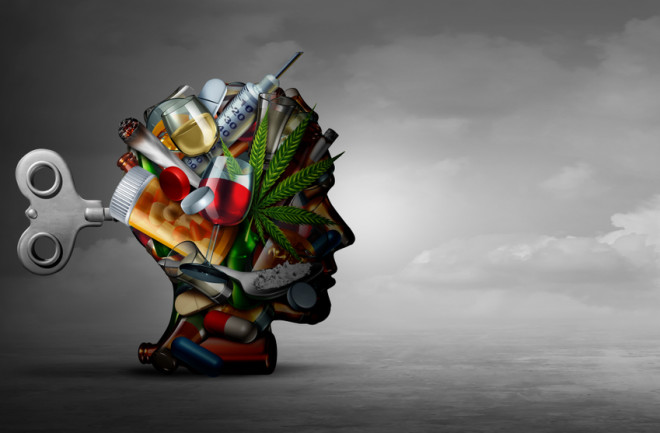 Recovering from substance addiction is an uphill battle. Yet, more than 22 million Americans are on the road to recovery. Though there is no single solution to treating addiction, many effective treatments have been studied. Unfortunately, relapse is a common concern for many recovering addicts. This is why medications have become an increasingly popular treatment option to help curb cravings and withdrawal symptoms. Cue ibogaine, a plant-based psychedelic that is growing in popularity internationally for battling addiction. Now it may seem counterintuitive to treat substance addiction with a psychedelic substance. However, given this drug's rich history and purported healing properties, it could offer a promising new way to treat drug dependency disorders.

The Roots of Ibogaine

Ibogaine holds cultural significance in certain parts of the world. The psychedelic originates from the roots of a rainforest shrub called Tabernanthe iboga which is native to West Africa. Historically, ibogaine was utilized by indigenous people to combat fatigue, hunger and thirst. Higher doses of the drug were reserved for initiation rituals and religious ceremonies. Visual effects of high doses of ibogaine could lead to intense visions accompanied by a vivid recall of autobiographical visual memories.

You might be wondering how ibogaine transitioned from a recreational drug used for spiritual and wellness purposes to a potential cure for addiction. The answer dates back to 1962, when Howard Lotsof, a man struggling with heroin dependency, stumbled on the antiaddictive properties of ibogaine. According to The New York Times, Lotsof found that he no longer had heroin withdrawal symptoms after taking ibogaine. In fact, all of his cravings for the opioid diminished. After receiving similar anecdotal testimonies from former drug users who tried ibogaine, Lotsof went on to create the Global Ibogaine Therapy Alliance, an advocacy organization that oversees ibogaine research and continues to push for the use of ibogaine for addiction treatment and therapy.

Though the Drug Enforcement Administration still classifies the drug as an illegal substance in the U.S., many people struggling with addiction opt for international clinics or underground providers for ibogaine treatment.

Today, a majority of the T. iboga plants are found in the tropical forests surrounding the Congo Basin. The roots of the plant contain three main alkaloids: ibogaine, ibogaline and ibogamine. Typically, 80 percent of the root bark is made up of ibogaine. Ibogaine is extracted from the bark of the tree root, which is ground into a powder form and orally ingested. The effects of the drug are largely dependent on dosage. While a low dosage can help relieve minor physical discomforts such as a headache, a higher dosage brings out ibogaine's strong psychedelic effects. But ibogaine also comes with serious health risks such as slowed and irregular heart rates, making it off-limits for people with pre-existing heart conditions. High doses of ibogaine can result in ibogaine poisoning. In fact, 19 ibogaine-related fatalities were recorded between 1990 and 2008 worldwide. It’s also considered unsafe to mix with other drugs including alcohol, benzodiazepines, amphetamines and opiates.

So how exactly does ibogaine thwart addiction? Discover reached out to Xaver Koenig and Karlheinz Hilber, researchers at the Medical University of Vienna, for further insight. According to the researchers, ibogaine has shown promising anti-addictive results in both animals as well as human studies.

Ibogaine's mysterious therapeutic qualities stem from the drug's complex pharmacology. Koenig and Hilber explained that Ibogaine has an effect on multiple neurotransmitter systems in the brain. Neurotransmitters are chemical messengers in the body that allow the brain to regulate bodily functions such as heart rate, muscle function, breathing, sleep, mood,

concentration and appetite. Because ibogaine influences these various neurotransmitter systems, the researchers admit that this makes the situation very complex in pinpointing the detailed mechanisms by which ibogaine helps to fight addiction.  Ultimately, due to ibogaine's pharmacological makeup, the interaction with these various neurotransmitters can effectively alleviate drug cravings by easing both physical and mental effects of addiction and help return the brain to a preaddiction-like state.

Though ibogaine can act as a treatment for alcohol and other substance-related addictions, the drug has proven to be especially effective in curbing opioid cravings.  A 2017 observational study explored ibogaine's ability to treat opioid addiction among participants receiving a single ibogaine treatment over the span of a year. Addiction severity was measured in 14 participants using the Addiction Severity Index. According to the assessment tool, the higher a subject's score, the greater the addiction severity and need for treatment. Results of the study indicated a significant reduction in ASI scores across a majority of the participants after receiving ibogaine treatment. Opioid withdrawal symptoms were also measured before and after the course of treatment through the Subjective Opioid Withdrawal Scale. All participants of the study showed a significant reduction in withdrawal symptoms.

Despite these promising results, using ibogaine to combat drug addiction comes with risks.

What Are the Risks?

Reports of life-threatening complications and rare death cases have been linked to the administration of ibogaine. Koenig and Hilber explain that these adverse reactions seem to be associated with the drug's tendency to induce cardiac arrhythmias, or irregular heartbeats. According to the researchers' 2015 study on ibogaine and the heart, the psychedelic can affect the heart and the cardiovascular system. In addition to lowering heart rate, the drug can also lead to cardiotoxicity, a condition that causes damage to the heart muscles and prevents the heart from properly pumping blood throughout the body. While these risks are serious, the researchers indicate that patients with preexisting heart problems are typically the most vulnerable.

Despite the drug's risks, Koenig and Hilber agree that ibogaine still has a fighting chance to become the future of treatment for addiction. The researchers explained that the cardiac risks of the drug are manageable if ibogaine application takes place under strict medical observation and individuals are properly screened in order to eliminate additional risks.

Rising numbers of substance addiction across the world point to an ever-growing medical need for an effective anti-addiction treatment. Ibogaine stands as a possible treatment option with the capability to fulfill that need.