There are many theories on the evolution and purpose of emotional tears. 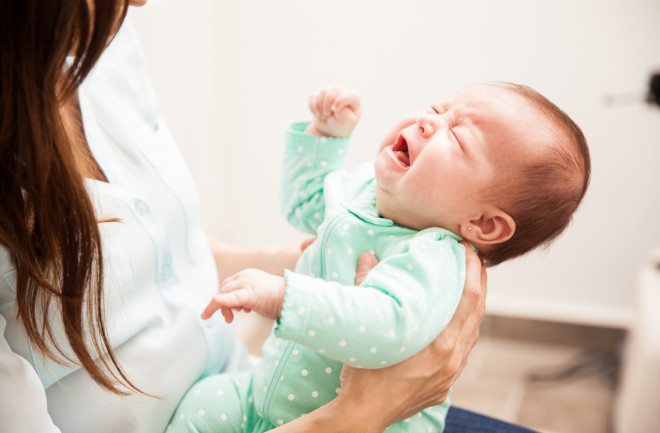 It’s pretty obvious when a dog is sad. It might whine or whimper, knit its brow, or turn its big, imploring eyes upward at you. But it would be another thing entirely to see a big tear rolling down your canine companion’s face.

Animals simply don’t cry. Or at least, they don’t shed emotional tears. The only creatures who have evolved to do so, it turns out, are humans. We snivel at sad movies, well up at weddings and blink away hot tears of frustration during arguments. “We appear to be the only animal that sheds tears for emotional reasons,” says Randolph Cornelius, a professor of psychological science at Vassar College in New York and an expert on human emotion.

There are many theories on the evolution and purpose of emotional tears. Experts even have a few ideas why animals — who do experience emotions — don’t weep like we do. But why we evolved to eject liquid out of our eyes as a signal of distress, rather than some other reaction, is still far from settled.

The Biology of Crying

From a biological perspective, there are three types of tears. One is basal tears, which our eyes create automatically to lubricate and clean our eyes. These come from our accessory lacrimal glands, located under the eyelids. Then there are reflex tears, which you’re likely acquainted with if you’ve ever cut an onion or been poked in the eye. The third is emotional tears — the only variety that we can control, to some extent. These latter two types come from lacrimal glands on the upper outside of our eye sockets.

“One argument is that [emotional crying] is almost like an emotional reflex as opposed to just a physical reflex,” says Marc Baker, a teaching fellow at the University of Portsmouth in England who researches adult emotional crying.

Indeed, some have hypothesized that the purpose of crying is itself just another biological function. For example, biochemist William Frey theorized in the 1980s that crying balances levels of hormones in our body to relieve stress. He also suggested that crying clears our body of toxins, though subsequent studies have largely disproven this. English naturalist Charles Darwin, the father of evolution, believed children cried to experience physical relief from negative emotions.

In these theories, crying is something that restores us to equilibrium; It is the idea of crying as catharsis, or a way to calm ourselves in times of distress. After all, it’s not unusual for people to report feeling better after “a good cry” — but that relief may be coming from unexpected places.

The Psychology of Crying

Perhaps the most compelling explanation for tearful crying is that it is driven by our social needs. Crying is a distinct visual signal that something is wrong. In an instant, it communicates that someone might need help. When others attend to the crier, it contributes to a collaborative social environment that is highly complex in humans.

Inquiries by Cornelius support this theory of tears as a quick and effective social signal. In a number of studies, he and colleagues showed photographs of faces to participants (under the guise of another purpose) and asked them to interpret the emotion. In some of the photos, people were crying real tears. In others, they had been digitally removed.

When shown the pictures with tears, almost every participant labelled the emotion as sadness or grief. Tear-free crying faces, on the other hand, were confusing. “Without the tears, the emotion almost disappears,” Cornelius says. “Their judgments of the emotion don't tend to cluster around the ‘sad’ family of emotions — they're all over the place. And in fact, some people say there's no emotion there at all.”

This indicated that crying is a strong signal to others of our immediate emotional state. It’s hard to fake real tears. And as researchers of crying can attest, it’s hard to induce genuine emotional crying in a lab setting — one of the reasons it’s challenging to study.

From an evolutionary perspective, some of our physiological reactions have a clear purpose. It makes sense that we sweat when overheated, raise our voices when angry or tense up in fear. But at a distance, our tearful tendencies are just plain weird: someone showing an alien around Earth would have to explain that when humans (and only humans) feel distress or even overwhelming happiness, their faces get slightly wet and puffy.

Animals do have lacrimal glands, which they use for reflex tears. But in humans, something seems to have changed somewhere along the way. What started as distress calls that many animals make became connected with the production of tears, and experts still aren’t sure why. “There’s no answer, sorry,” Baker says. But there are a few theories.

Clinical psychologist Ad Vingerhoets has suggested that crying might have been more advantageous than other kinds of noises because it suggests submissiveness and harmlessness to would-be predators, who might then reduce their aggression. But that still doesn’t explain the tears themselves or why animals wouldn’t benefit from them in the same way.

For that, researchers point toward other, seemingly unrelated hallmarks of human physiology and development that could have led to tears. For one, we walk upright — unlike bears and wolves, who, in their position closer to the ground, rely mostly on smells to signal distress. Perhaps partially because of this, we rely heavily on visual cues to communicate in social situations.

“From a kind of evolutionary perspective, it makes sense that lots of our signals become visual signals, because we are just quite visual animals,” Baker says. We also position ourselves forward. Our faces, then, developed to become the most complex in the animal kingdom — especially on the top half of our face. “Our kind of facial expressions far exceed almost every other animal, especially around the eyes,” he says. “We can do much more with the top half of our face.”

An intricate facial musculature arose, and with it, machinery that could induce crying. Asmir Gračanin, a professor of psychology at the University of Rijeka in Croatia, and colleagues theorized that the orbicularis oculi muscle may have evolved along with our hyper-expressive faces. This eye socket muscle could have squeezed the corneal sensory nerves that trigger the production of tears by the lacrimal gland and proved advantageous to human babies as a call for immediate help.

This also fits in with the uniqueness of human babies, who are much more helpless than other baby animals that come out of the womb ready to walk and perform other basic functions. Human babies need more help, cry for assistance and comfort, and then (largely) grow out of crying as adults.

But adults still do cry emotional tears — in sadness, happiness, awe or frustration. “It's kind of what makes us human, almost,” says Baker, “[our] ability to share emotions very silently, with a small drop of saline solution from the eye.”