How Video Games Can Impact Your Heart Health

Scientists are just starting to unravel the complex relationship between video games, like Mario Kart, and heart health, but their findings suggest that moderation may be the key. 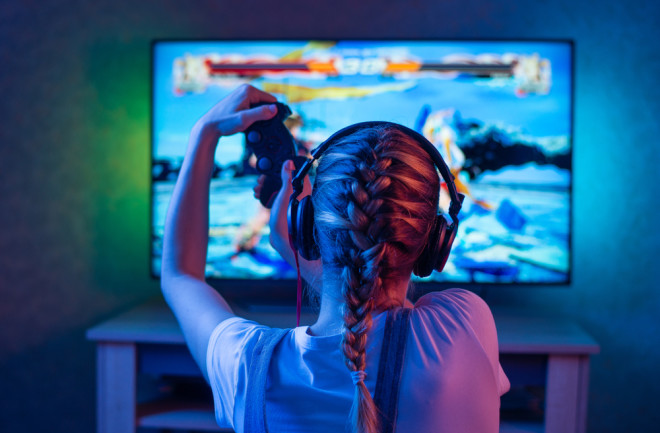 Whether you’re sitting on the couch mashing buttons furiously as you battle monsters or clenching your firsts as you race against your friends, some video games feel like they can really get your heart pumping.

In the U.S., more than half of the population plays video games every single day, according to the authors of a study published in Frontiers in Psychology in 2019. Other researchers found children and adolescents increased their game time during the COVID-19 pandemic. But with this surge in gaming among the general public and the holidays behind us, which is when most new video games are released and sold, how does playing video games really impact our hearts?

Scientists have only recently started to probe the complex relationship between video games and heart health — and the effects that different types of games can have. Their findings stress the importance of not letting gaming impact our sleep, having balanced activities and simply moving our bodies more.

Are Video Games Stressful or Not?

Scientists are just starting to learn more about how gaming — and the stress response gaming can trigger — impacts the heart, says Nieca Goldberg, a cardiologist and medical director at Atria New York City.

“There have been some studies that looked at the response that people have in terms of when they're playing video games, and video games elicit a stress response,” Goldberg says, who explains that some video games can cause increases in blood pressure and heart rate among certain players.

But different types of video games can have different stress outcomes. Researchers found that participants who played Mortal Kombat, a frenetic fighting game, had a greater increase in blood pressure — indicating a cardiovascular stress response — than those who played the (comparatively low-key) puzzle game Tetris, according to the 2019 Frontiers in Psychology study.

In another small study with 14 active gamers, researchers found Mario Kart players had the highest average increase in heart rate during 30 minutes of game play. The scientists also observed that players of Dark Souls III, a game known for its grueling level of difficulty, had the highest heart rate (127 beats per minute) at some point during the 30 minutes. (At rest, a normal heart rate is typically between 60 to 100 beats per minute.)

University of Florida College of Medicine cardiologist David Winchester emphasizes more studies are needed to understand the long-term effects of video games on heart health. Though, Winchester notes it’s one thing if your blood pressure is transiently increased while playing Mario Kart; it’s another thing if your blood pressure is chronically increased over a long period of time.

“That sort of chronic elevation in blood pressure is a major, major risk factor for heart disease, stroke, kidney disease, you know, a whole bunch of other things,” Winchester says.

Nevertheless, people also use video games as a way to help relieve stress, or as an “anti-stress ritual," meaning it helps them relax and takes their mind off of reality while providing a sense of accomplishment and control. The scientists behind the Mario Kart study also found that some more mellow games, like Animal Crossing and The Sims, actually lowered participants' heart rates as much as 5% during the 30 minutes.

But, again, not all games (or gamers) are created equal: A study published in the journal Heart Rhythm in 2022 found that playing certain games — particularly war games — can play a role in triggering arrhythmias, or irregular heartbeats, in “susceptible” children.

Still, Goldberg emphasizes the 2022 study’s small sample sizes, also noting that participants were already at risk for arrhythmias. Similarly, Winchester explains “you can have cardiac events doing anything,” from watching reruns of The Great British Baking Show to playing sports.

“I'm not particularly concerned about that happening as a result of video games as much as I would you know, people doing them as opposed to going out and being physically active, which I think is one of the best ways to promote having a healthy heart,” Winchester adds.

It’s tempting to assume that video games are inherently bad for your health. For one, researchers found that gamers tend to be more sedentary than non-gamers, according to a 2022 study involving 306 college students.

In addition to being less physically active, some people simply can’t put down the controller, and may be staying up at all hours of the night to play. In 2018, the World Health Organization added gaming disorder to its International Classification of Diseases, defined as a “pattern of gaming behavior characterized by impaired control over gaming [and] increased priority given to gaming over other activities.”

“Sleeping less than seven hours at night has been associated with arrhythmias, high blood pressure, and even weight gain.” Goldberg says. “So, it impacts how we take care of our hearts.”

Read more: Video Game Addiction Is on the Rise. Here’s What It Looks Like

Yet video games have the potential to help promote healthier behaviors and positive outcomes, too. One small study revealed that children aged 10 to 12 who played the specific video games designed to help increase fruit and vegetable intake did eat more of these foods afterwards, despite not really impacting their physical activity.

To promote more physical activity, there are also exercise video games, or EVGs, which can actually help us improve our fitness level. In a 2022 study, researchers found that participants who used the EVG Ring Fit Adventure over the course of 4 weeks had faster completion times of a 1600-meter run compared to those who simply maintained their normal exercise habits. EVGs can be used as an extra tool to promote activity, like during the COVID-19 pandemic, or in certain populations, like older adults, where they can also help with depression, improve quality of life and provide connection.

“When people make connections and have social support, that is positive for cardiovascular health,” Goldberg explains. “However, everything needs to be done in moderation so that gaming is an activity, and that's just one of the activities you engage in.”

In general, Goldberg says you should watch out for signs that video games are having a negative impact on your heart. (For example, if you’re irritable, gaining weight, missing sleep, having palpitations, or simply gaming more than you are doing activity, it might be time to step away.) Goldberg also recommends people take time to destress after playing certain games, which looks different for everyone.

In short, if you’re thinking about grabbing the controller and plopping yourself on the couch, maybe do some pushups or go for a run first. Your heart certainly won’t be disappointed if you do.