Expert tips and tricks for getting the most out of your siesta. 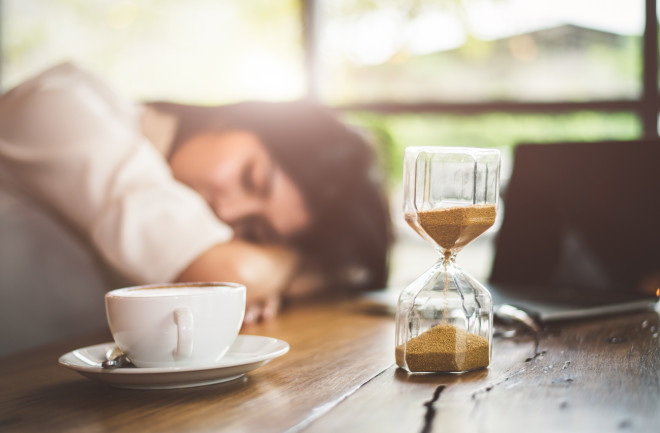 Some people swear by the energy-boosting power of a midday nap, while others claim it only makes for more grogginess and a bout of insomnia later at night. We spoke with three sleep experts and gathered a few tips to help you reap the most benefits from a nap.

Most sleep experts recommend keeping a nap to 20 or 30 minutes. Beyond half an hour you'll start dipping into later sleep stages — leaving you in that disoriented state when jolted awake by your alarm. If you do want to try for a longer nap, experts advise stretching it to 90 minutes so you’re more likely to complete a full sleep cycle.

“The ideal nap is siesta time,” says Alex Dimitriu, founder of Menlo Park Psychiatry & Sleep Medicine in California. “Everyone experiences a lull in energy in the afternoon, usually after lunch. If you can, go with the flow and clock out for 20 minutes.”

Lauri Leadley, clinical sleep educator and president of the Valley Sleep Center in Arizona, says the best time to take a nap is about seven hours after you wake up, which averages somewhere around 1 to 3 p.m. for most people. Experts warn against going for a nap too much later than that, however, lest it starts impacting night sleep.

Prepare for Your Nap

It can be helpful to think of your midday nap as a form of mediation. Leadley is a fan of using meditation apps and even created her own, called Nama Sleep. If you can, Leadley also recommends making the room as dark as possible by blocking out light and using a blanket to keep warm. “Body temperature drops naturally as you fall asleep,” she says.

If you're having trouble relaxing for a nap, wind down by giving yourself permission to set aside worries for another time. Also, make sure your brain associates your sleep space with sleep by eliminating other activities there if possible. “Don't play video games, don't read in there,” says Jamie Gruman, an Ontario-based psychologist and author of Boost: The Science of Recharging Yourself in an Age of Unrelenting Demands. “It's time to sleep.”

Caffeine naps are another trick some sleep experts recommend. To do this, Leadley suggests quickly downing six to eight ounces of coffee (or 70-140 milligrams of caffeine) just before settling in for a nap. The caffeine will hit your bloodstream right around the 30-minute mark, when you should be waking up, and gives an extra boost.

While a 20-minute power nap isn’t going to replace long-term night sleep benefits, it will make you more alert and better equipped to complete immediate tasks. For that reason, Gruman is a big proponent of employees taking power naps during their workday. If you're working at 70 percent capacity due to fatigue, taking a 20-minute nap and boosting your productivity to 90 percent makes you a more efficient worker, which is an advantage to employers, he says.

Because of this, some big-name companies such as Google and Ben & Jerry's are already embracing the siesta — permitting and even encouraging workers to take naps on the job. “We’re not machines so we can’t operate like machines,” Gruman says.

As an added bonus, at least one study has shown that power naps can help ward off heart attacks and related cardiovascular incidents. This is good news for nappers, of course, but is also a further benefit for employers who may pay less for sick time.

Generally speaking, if you're getting the recommended seven to nine hours of sleep at night and find your energy levels to be pretty stable through the day, you shouldn't need to take a nap.

“If you're not tired, napping can interfere with nighttime sleep, which is more important for health and well-being,” Gruman says. For people who suffer from chronic sleep loss, such as shift workers, the demands of their job and resulting lack of sleep can cause negative short-term effects and even shorten their lifespan.

Though we don't look particularly productive when we're sleeping, our brains are busy consolidating memories and preparing us for another day during that time. “When we’re asleep the brain is still very active,” Gruman says. “It's a misconception that consciousness turns off.”

When it comes to the question of whether to nap even if you're not feeling tired, Dimitriu — who specializes in both psychiatry and sleep medicine — says studies are mixed. “Napping definitely helps habitual nappers with respect to mood, alertness and cognitive processing,” he says. “However, other studies have shown no performance improvement for either habitual or non-habitual nappers. The reality is you have to listen to your body.”

Leadley advises against napping for anyone who suffers from insomnia or depression because it can continue the cycle of not getting enough night sleep. “You need to have that sleep drive at night,” she says. “Our bodies are creatures of habit, we need to have that rhythm.” And if you are getting the recommended seven to nine hours of sleep per day but still feeling sluggish during the day, Leadley strongly recommends looking into getting a sleep study. “You're not getting quality sleep,” she says.