How to make a vortex of semen. 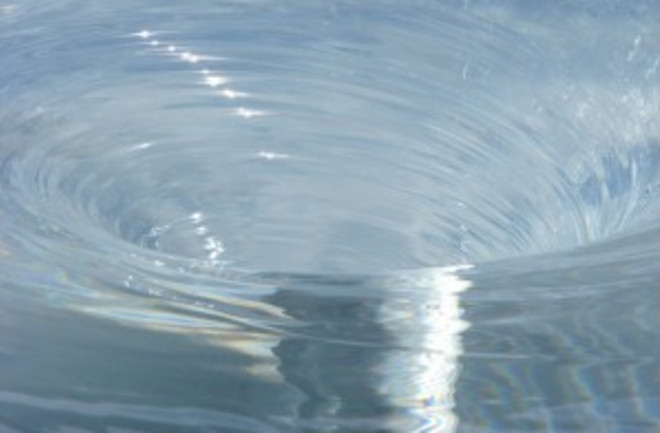 Image: Flickr/Jo JakemanEver want to make a whirpool-like vortex out of your semen? Well, according to this published study, it's not too difficult:

Step 1: Concentrate the sperm in your semen.

Step 2: Put it into a annular-shaped container (a ring formed by two concentric circles).

Step 3: Stand back to admire the beauty that is your very own semen vortex.

Apparently, concentrating the sperm induces them to align and swim in the same direction around the ring, creating a vortex... a vortex of semen!

Note: anyone attempting to make their own sperm vortex at home should definitely read the materials and methods of the full text for tips.

Symmetry-breaking phase transitions in highly concentrated semen. "New experimental evidence of self-motion of a confined active suspension is presented. Depositing fresh semen sample in an annular shaped microfluidic chip leads to a spontaneous vortex state of the fluid at sufficiently large sperm concentration. The rotation occurs unpredictably clockwise or counterclockwise and is robust and stable. Furthermore, for highly active and concentrated semen, richer dynamics can occur such as self-sustained or damped rotation oscillations. Experimental results obtained with systematic dilution provide a clear evidence of a phase transition towards collective motion associated with local alignment of spermatozoa akin to the Vicsek model. A macroscopic theory based on previously derived self-organized hydrodynamics models is adapted to this context and provides predictions consistent with the observed stationary motion." Thanks Frankie for the tip! Related content: Does semen have antidepressant properties?Dried tomato improves semen from Iranian cocks.Semen collection in rhinoceroses by electroejaculation with a uniquely designed probe.